The crew is now headed to Europe for the second spell
By Our Correspondent
Published: May 11, 2017
Tweet Email 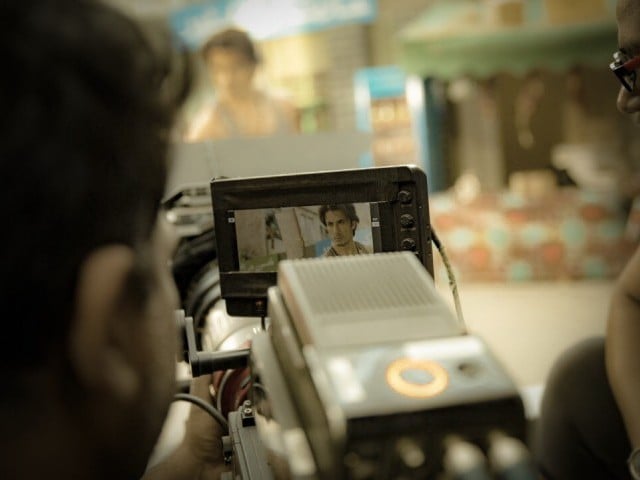 The upcoming Ali Zafar and Maya Ali-starrer Teefa in Trouble has completed its first spell of filming in Lahore, stated a press release. Director Ahsan Rahim and his team have been busy shooting for the past 42 days and will now be making their way across Europe where the second spell of filming is set to start.

The Lahore schedule saw Ali get all of his intense action sequences out of the way, performing each of them on his own. In fact, the London, Paris, New York star has gone to great lengths to fit into his character, building up a healthier body his transformation. It also included some of the film’s songs and comic moments. Teefa in Trouble’s leading duo also gave fans a sneak peek of their chemistry through their performance at the recent Lux Style Awards.

Teefa in Trouble is an action- packed romantic comedy which is being produced by Lightingale Productions. Rahim is critically acclaimed for his ground-breaking work on various music videos and for defining a new style for advertising with his commercials.