Predic­tions much higher than assess­ments made by SBP, says countr­y's suscep­tibili­ty to event risk is 'high'
By Shahbaz Rana
Published: May 8, 2017
Tweet Email 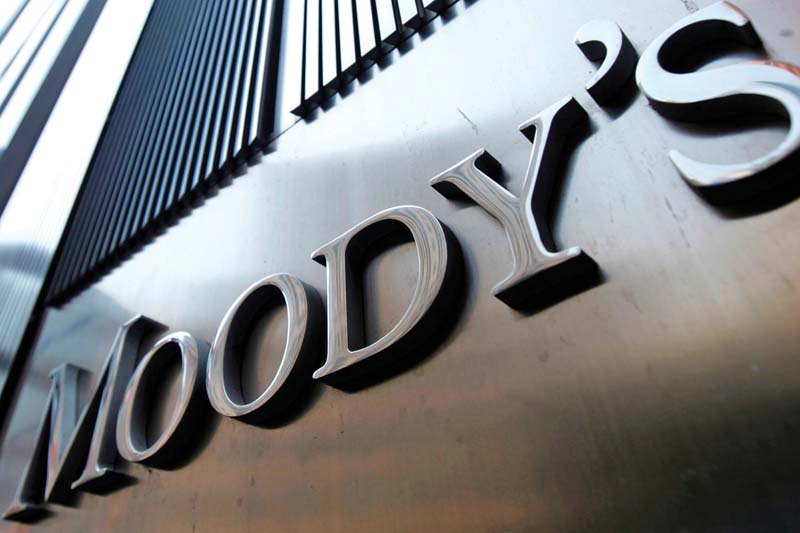 ISLAMABAD: Moody’s Investors Service has predicted that Pakistan’s external debt will grow to $79 billion by June this year, higher than initial estimates suggested, and the country’s weak fiscal strength will weigh in on its ability to afford the ever growing debt burden.

By the end of fiscal year 2016-17, Pakistan’s external debt will increase to $79 billion out of which the public sector component will be $77.7 billion, according to Moody’s. The forecast for the outgoing fiscal year is much higher than what was earlier assessed on the basis of data released by the State Bank of Pakistan.

The central bank had shown total external debt and liabilities at $74.2 billion by the end of December 2016. This included $64.5 billion external debt.

Moody’s report has shown external debt at $64.4 billion by the end of fiscal year 2013. If the debt grows to $79 billion, it means that an additional $14.6 billion in debt has been added in the past four years alone.

The PML-N government is facing criticism for increasing the country’s debt burden, which is a direct result of low levels of exports and foreign direct investment.

The government’s narrow revenue base weighs on debt affordability and the level of external public debt poses a moderate degree of credit risk, according to the report. Meanwhile, exports and remittance inflows have slowed and capital goods imports have risen, resulting in renewed pressure on the external account.

“Very Low (-)” score is below the indicative score of “Very Low”, which reflects that the material foreign currency portion of outstanding government debt (about 30% of total debt) exposes the government’s balance sheet to greater foreign exchange rate risks than currently captured by scorecard metrics,” it said.

The government’s debt burden has steadily increased in the past four years from 63.5% of GDP to 66.5%, Moody’s said. “At 66.5% of GDP, the debt stock is higher than the 52.6% median for B-rated sovereigns and remains a constraint on Pakistan’s fiscal strength.”

Moody’s has retained Pakistan’s position at B3 rating.

“Approximate 30% of foreign currency debt does expose the sovereign (Pakistan) to marked changes in the cost of refinancing debt should the currency weaken abruptly,” according to the report.

Debt affordability metrics, which include interest payments as a percentage of revenues and GDP, have been high in Pakistan relative to the median for B-rated sovereigns, which is a key constraint on the sovereign credit rating.

The credit rating agency acknowledged that Pakistan was addressing this weakness by lengthening debt maturities, through increasing the share of permanent debt and reducing that of floating debt.

However, it said that foreign remittances have so far declined 2.4% and “if remittances continue to decline, it would likely have a negative credit impact by dampening consumption and widening the current account deficit”.

It said that large fiscal deficits and a reliance on short-term debt have contributed to very high gross borrowing requirements, which is a key rating constraint. At 32% of GDP, Pakistan’s gross borrowing need in 2017 is the largest among all rated sovereigns, after Egypt.

Like external debt, Moody’s has also projected higher budget deficit for the outgoing fiscal year. “We expect that the fiscal deficit will widen further to about 4.7% of GDP in fiscal year 2017 and 5% in FY 2018 despite the government’s intention to advance fiscal consolidation.”

The National Assembly had approved the budget deficit target at 3.8% of the GDP, which the finance minister has already termed unachievable.

At 4.7% of GDP, budget deficit forecast is even higher than the International Monetary Fund’s (IMF) estimates of 4.5%.

The Moody’s said that the wider deficit will be driven by revenue shortfalls due to political pressure to keep current temporary tax breaks in place for the agricultural sector and exporters, and reluctance to increase the sales tax on petroleum products amid rising global oil prices.

In addition, the need to increase development spending – particularly related to CPEC power infrastructure investments – combined with political pressure to maintain power subsidies in advance of the 2018 general election, will likely weigh on the deficit, it added.

The rating agency has also said that the reforms agenda initiated under the IMF programme could be stalled ahead of elections. “We believe structural reforms to PSEs will continue to face political opposition in parliament and through potential labour strikes, therefore, we do not expect the government to follow through with an ambitious post-IMF programme structural reform push in advance of the 2018 general election.”