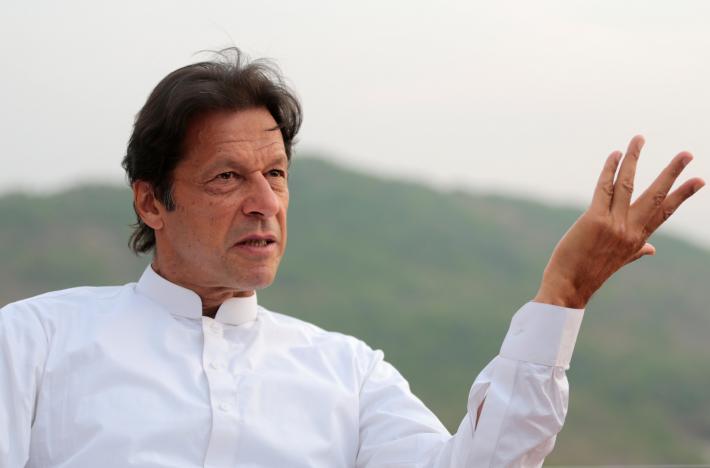 Under Section 8 of the Defamation Ordinance, 2002, Shehbaz through Advocate Khwaja Haris Ahmed served the notice to Imran.

Defamation suit against Imran on the cards

“Since the last week of April 2017, you [Imran] have been uttering/spreading and resorting to the publication and circulation, directly and/or by way of innuendos, maliciously false, baseless and unfounded statements and representations against my client to the effect that he had offered you a sum of Rs10 billion in lieu of your withdrawing/backing off from the Panamagate case,” the notice read.

The notice added that “apart from causing irreparable damage to Shehbaz’s reputation, this [defamation by Imran] has caused him severe mental agony, pain and torture.”

Further, if within 14 days of the receipt of the legal notice, Imran doesn’t tender a proper apology to Shehbaz “and get the same published through print and electronic media in the same manner and with the same prominence as the publication of the defamatory statement and representation,” legal action will be taken against him for recovery of a sum of Rs10 billion as damages under the Ordinance on account of defamation committed by the PTI chief.

Late last month, Imran claimed that the Pakistan Muslim League-Nawaz (PML-N) government had offered him Rs10 billion to back down from the Panamagate case.

While addressing participants at the Shaukat Khanum Memorial Cancer Hospital and Research Centre (SKMCH&RC) in Peshawar, he said when the PML-N government can offer me such a huge amount then one can only imagine what they will offer investigation organisations probing the Panamagate case. “We will not leave pursuing the PML-N government until the prime minister resigns,” he said. 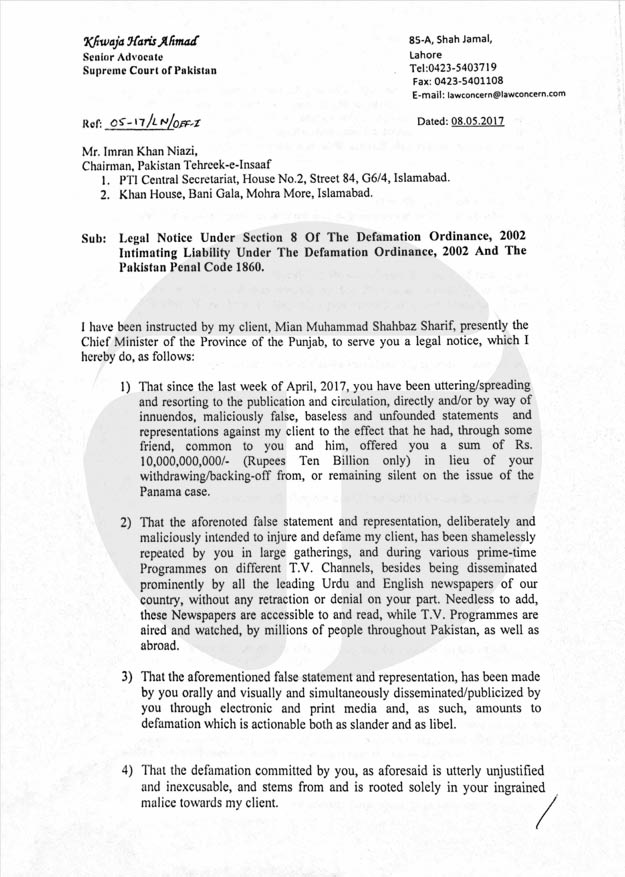 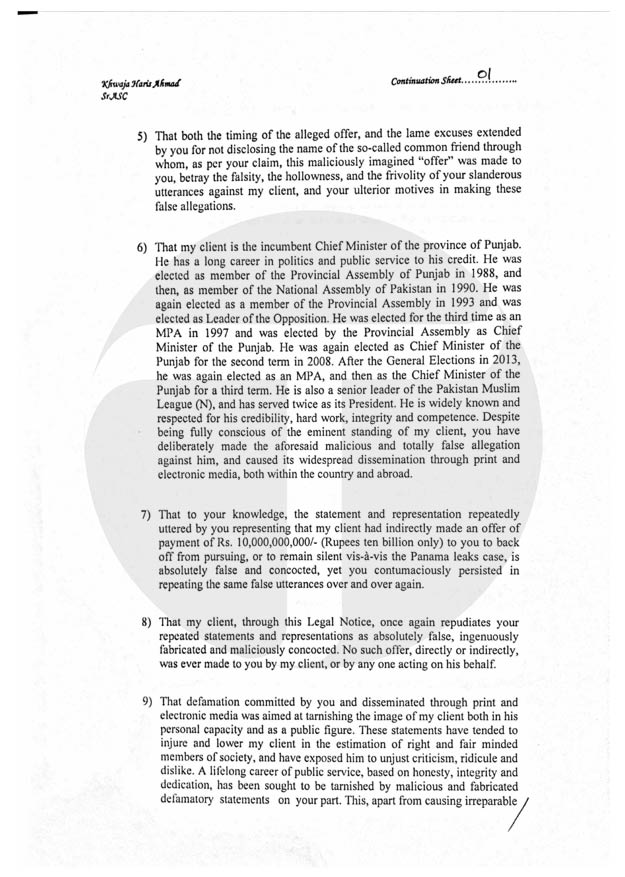 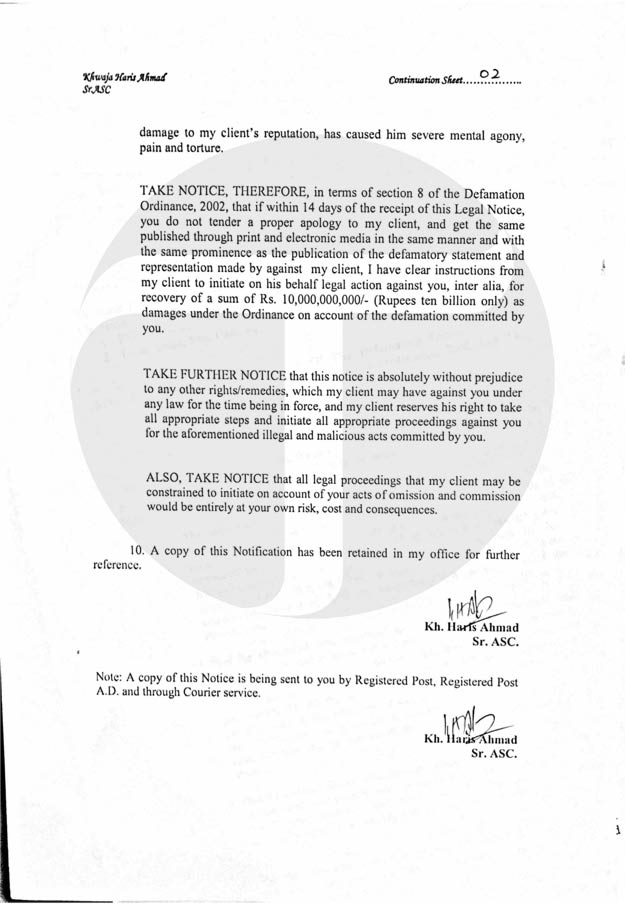