Dawn Leaks notification: Govt ‘kills many birds with one stone’

Dawn Leaks notification: Govt ‘kills many birds with one stone’ 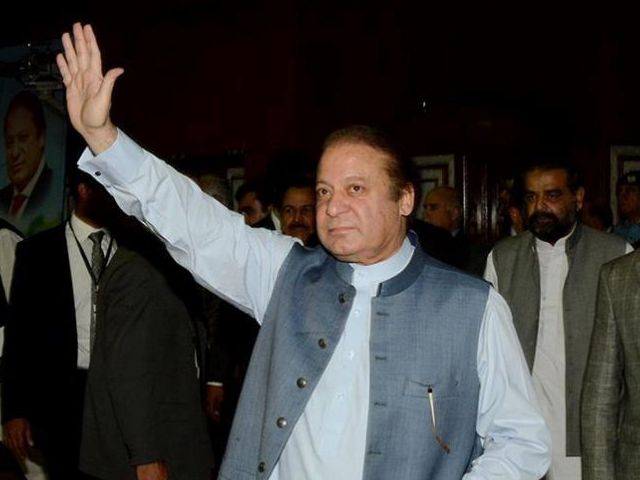 ISLAMABAD: Regardless of the criticism stirred by the issuance of a ‘strange’ notification by the PM’s Office to take on two senior government functionaries over the Dawn Leaks issue, the move appears to be more of a calculated one on part of the government to serve its own interests.

The government’s policy, the sources say, can be likened to “killing many birds with one stone”.

Informed circles in the ruling camp believe, the notification issued on Saturday ordering the removal of PM’s Foreign Affairs Special Assistant Tariq Fatemi and Principal Information Officer Rao Tehseen from their official positions was issued at a time when the government was facing ire from the political and public quarters following a secret meeting between Prime Minister Nawaz Sharif and Indian business tycoon Sajjan Jandal in Murree on Wednesday.

Prior to that, the calls from opposition parties and legal fraternity demanding the PM to step down over the Supreme Court’s verdict in the Panamagate case have also subsided.

“The hue and cry over the Dawn Leaks notification has greatly helped put on the backburner the debate over the premier’s meeting with Jandal. There is a sigh of relief in the party’s top ranks,” commented a Pakistan Muslim League-Nawaz (PML-N) lawmaker, who has cordial ties with the security establishment, requesting anonymity. “The notification controversy can well be taken care of. The government has options to appease the security bosses like official withdrawal of this notification or discarding it unannounced, issuance of fresh notification or any related order.”

The government was more concerned over the debate ignited by the prime minister’s meeting with Jandal and growing calls from mainstream opposition parties demanding the prime minister to step down to pave the way for a fair probe by the Joint Investigation Team set up by the apex court to ascertain the involvement of the Sharif family in the Panama Leaks scandal.

“Top politicians, including Imran Khan, Asif Ali Zardari and top lawyers, cashing in on the situation to attack and target the ruling brass, Nawaz in particular, triggered panic in the ruling circles. Now, everything appears to have landed backstage,” said one of the premier’s legal wizards, desiring to be kept unnamed.

The notification issued by Secretary to PM Fawad Hasan Fawad also looked like an attempt on Fawad’s behalf to personally ‘secure’ his position in the Dawn Leaks saga. Fawad’s role in the planted story affair is under question and he is also being named as one of the suspects. “For a suspect to issue a notification to punish other suspects clearly aims at saving his own skin,” the source said, adding that in the presence of Interior Minister Chaudhry Nisar Ali Khan, who was dealing with the Dawn Leaks issue, it was not appropriate for the PM’s secretary to issue the notification.

“It was the PM himself, who had decided that he would approve the recommendations of the Dawn Leaks inquiry report and the interior ministry would issue the notification. The PM’s secretary who managed to get Sharif’s approval to issue the notification clearly aimed at saving himself,” the insider said.

The attempt, however, backfired following rejection of the notification by the military authorities, prompting the government to consider withdrawing it.

Some sources also believe that the Leaks notification was a calculated risk on part of the government to test the reaction of the military authorities. “The PM’s Office played a gamble to see the reaction of the security bosses and take future actions, accordingly. This was done after ‘thorough risk assessment’,” the sources said.

PM’s Adviser Ameer Muqam, however, denied that the notification was aimed at downplaying the criticism the government was facing in connection with Sharif-Jindal meeting and the Panamagate case. “Sharif’s government wants smooth sailing between civilian and military relationships, which is why we want to allay the concerns of the military authorities. The Dawn Leaks scandal surfaced in October last year, which has nothing to do with political developments taking place now. It’s not correct to assume that the planted story probe has anything to do with politics.”