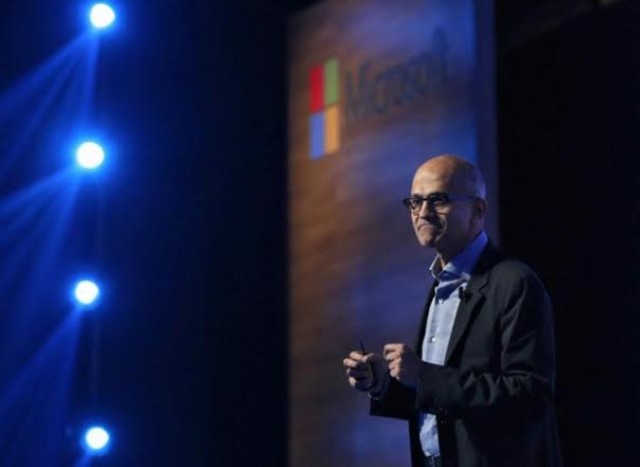 Net profit rose 28 per cent to US$4.8 billion while revenues edged up eight per cent to US$22.1 billion in the quarter ending March 31, Microsoft said. Shares in Microsoft fell 1.8 per cent in after-hours trade on the results.  The earnings for Microsoft’s fiscal third quarter come as chief executive Satya Nadella seeks to reduce the tech giant’s focus on software, shifting to cloud computing and business services.

“Our results this quarter reflect the trust customers are placing in the Microsoft cloud,” Nadella said in a statement. “From large multi-nationals to small and medium businesses to non-profits all over the world, organisations are using Microsoft’s cloud platforms to power their digital transformation.”

Microsoft reported revenue gains in cloud and business service operations, which offset a drop in “personal computing,” which includes the Windows operating system that once made up its core business. Microsoft said revenue from its “Intelligent Cloud” rose eleven per cent from a year earlier to US$6.8 billion.

LinkedIn, the professional social network acquired by Microsoft last year for some US$26 billion, contributed revenue of US$975 million. Microsoft said its Office commercial products and cloud services revenue increased seven per cent. Office consumer products and cloud services revenue rose 15 per cent, as the number of Office 365 consumer subscribers increased to US$26.2 million.

But revenue from its Surface family of tablet computers slumped 26 per cent from a year ago, suggesting more woes for Microsoft’s hardware efforts. Search advertising revenue rose eight percent while gaming from its Xbox operations saw a four percent rise.

Google Maps will now show you where you parked your car