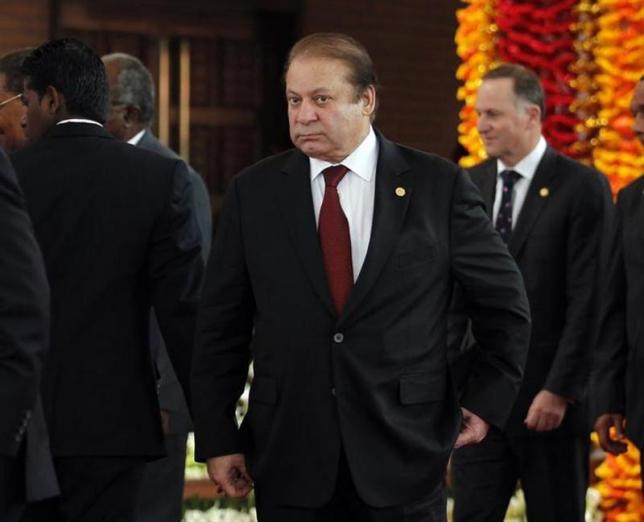 ISLAMABAD: The ruling PML-N has developed a two-pronged strategy to deal with those demanding Prime Minister Nawaz Sharif to step down in the wake of the Supreme Court judgment in the Panamagate: engaging the legal community and countering political parties.

After the verdict, major political parties and the legal fraternity asked the prime minister to resign, claiming “he is left with no moral justification to remain in office after the Panamagate verdict”.

The government was particularly incensed by the Lahore High Court Bar Association’s ultimatum, giving the prime minister one week to step down or face a countrywide lawyers’ agitation for resignation.

They were of the view the prime minister’s resignation would pave the way for a fair probe into the Sharif family’s alleged involvement in the Panamagate by the Joint Investigation Team ordered by the Supreme Court.

But the ruling party is standing its ground – for now. The strategy is devised keeping in view the demand of mainstream opposition parties — including the PTI, the PPP, the JI and the PML-Q — and lawyers’ bodies — including the Lahore High Court Bar Association and the Pakistan Bar Council.

Sources in the PML-N said the prime minister consulted his confidantes on the issue before deciding to follow the two-faced strategy which, the sources dub, a ‘carrot and stick’ policy: holding an olive branch to the legal fraternity while countering the opposition head-on.

“The carrot is for lawyers. The stick is for (opposition’s) politicians,” said a PML-N source.

As part of this strategy, the ruling party is engaging the lawyers’ community by holding negotiations with their representatives.

The sources said PM’s legal wizards have held meetings with some senior lawyers’ leaders and the ruling camp is hopeful of finding a ‘common ground’ to deal with the situation.

A senior PML-N leader, requesting anonymity, said even though the LHCBA and PBC have asked the PM to step down, they have not announced to start an agitation in pursuit of their demands — much to the relief of the ruling camp.

“There are some pending issues between bar councils and the federal government, including payable financial grants on the part of the centre to lawyers’ bodies. We are assuring them (lawyers) of addressing outstanding issues. Hopefully, the matter would be settled,” the insider said.

Speaking to The Express Tribune, LHCBA President Chaudhry Zulfiqar said a meeting of the All Pakistan Representative Convention of Advocates, comprising all bar councils and related lawyers’ bodies across the country, would be convened to chalk out the future course of action after the expiry of the seven-day deadline.

To a query regarding contacts between lawyers and government officials, Zulfiqar hinted that the government’s side was trying to reach out to lawyers’ bodies.

“But our stance is based on principles. We want an in-house change. This happens in democratic societies. We don’t want to topple the government.”

On the other hand, the ruling PML-N would counter opposition parties by arranging pubic rallies, gatherings, conventions and meetings in favour of the senior PML-N leadership, Nawaz Sharif in particular.

Recently, the PML-N organised “Nawaz Sharif zindabad rally’ in Karachi which, the sources said, was a reflection that the N-League would counter opposition’s public gatherings in different parts of the country.

Prior to that, the PML-N Khyber-Pakhtunkhwa chapter had organised a public event to ‘welcome’ the new provincial leadership led by PM’s Adviser Ameer Muqam as provincial president and Deputy Speaker Murtaza Javed Abbasi as provincial general secretary.

The PTI and the PPP staged public gatherings separately in Dadu and Mardan, respectively. The PTI is set to arrange a public gathering in the federal capital on Friday, which is expected to heat up the political atmosphere further.

“The party leadership is faced with troublesome times. And showing any flexibility to rival political forces can cost us dearly,” he said.

The PML-N is more concerned over the possibility that the PTI and the PPP, irrespective of their political differences, may inch closer against the prime minister.

“In politics, you gain strength at the expense of your rivals. If the PTI and the PPP join hands on the PM’s resignation issue, we shall be doomed. We have rolled up our sleeves to brace with any situation,” the PML-N leader said.