From aspiring stylist to extremist widow: one woman's Syria story

From aspiring stylist to extremist widow: one woman's Syria story 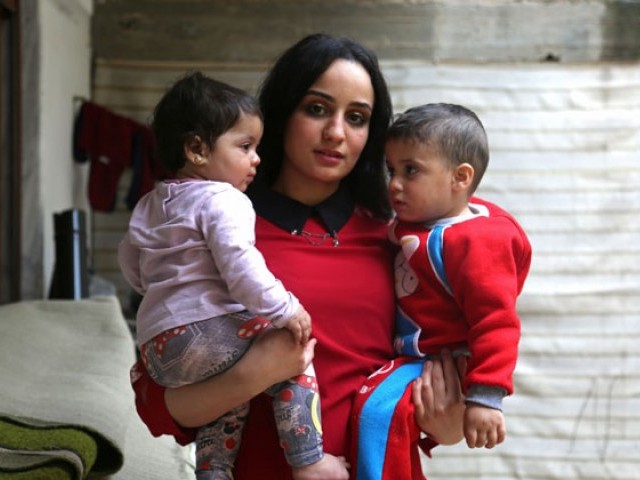 Twenty-three year old Islam Maytat from Morocco poses for a photo with her children Maria (L) and Abdullah in the Kurdish-majority city of Qamishli in northern Syrian on April 13, 2017, after she escaped from Islamic State (IS) group territory following three traumatic years living in the group's so-called 'caliphate'. PHOTO: AFP

QAMISHLI, SYRIA: Islam Maytat thought marrying an Afghan-British businessman was her ticket to a new life as a fashionista in London. Instead she became a widow living under extremist rule in Syria.

At just 23, the young Moroccan spent three traumatic years in northern Syria under the Islamic State group’s so-called ‘caliphate’. Tens of thousands of foreigners have joined extremist groups in Syria, including women who are encouraged to marry and raise the children of IS fighters. 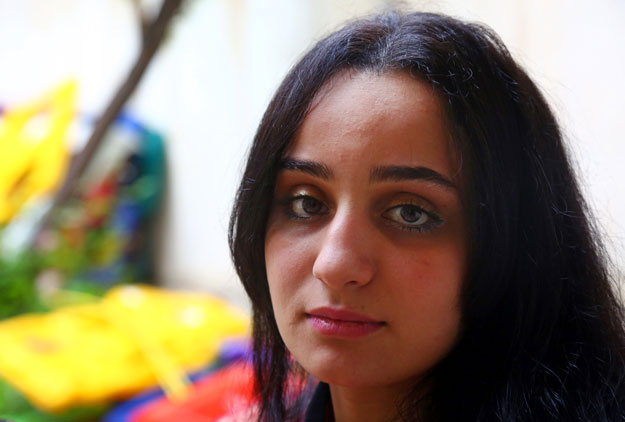 Twenty-three year old Islam Maytat from Morocco poses for a photo in the Kurdish-majority city of Qamishli in northern Syrian on April 13, 2017. PHOTO: AFP

Some, like Maytat, have been lured unknowingly into marriages with would-be militants. Maytat spoke to AFP after fleeing IS’s northern stronghold of Raqa to territory controlled by a US-backed alliance fighting the extremist group.

Now safe in the Kurdish-majority city of Qamishli, Maytat holds her gurgling 10-month-old daughter Maria in her lap as she tells her story. “Meeting my husband was one of the things that motivated me to study fashion design in Europe, but I had no luck. Everything went wrong,” she said. 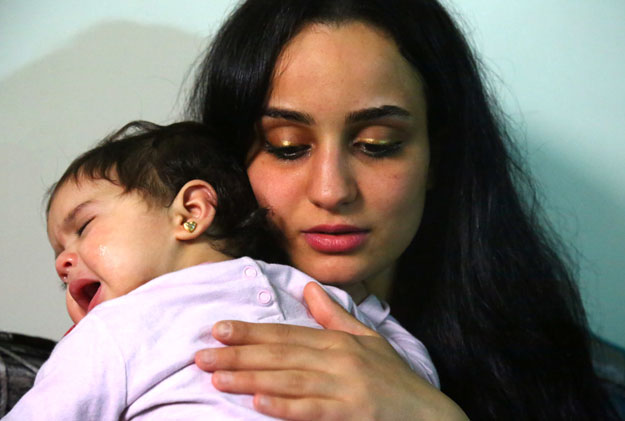 Twenty-three year old Islam Maytat from Morocco comforts her one of her two children, Maria, during an interview in the Kurdish-majority city of Qamishli in northern Syrian on April 13, 2017. PHOTO: AFP

She first met Khalil Ahmed — an Afghan-British trader who worked in Dubai — online in early 2014, and they married two months later. He flew to Morocco to marry her and they then went to Dubai, stepping into a complex web of lies and journeys across the Middle East that would eventually take her to Syria.

Ahmed proved to be a strict, controlling husband who did not allow her to wear makeup or bright clothes. After a brief trip to Afghanistan to meet his family, Maytat was eager to get to London and start working as a stylist.

Ahmed proposed travelling to Istanbul, convincing a reluctant Maytat that it would be easier to move to London from there. But as soon as they landed in Turkey, Ahmed immediately drove her to the southeastern city of Gaziantep near the border with Syria.

Ankara has long been accused of turning a blind eye to IS fighters using the porous Syrian-Turkish border to transport people, goods, and funds — allegations it vehemently denies.

In Gaziantep, Maytat and Ahmed moved into a large house full of ecstatic couples from countries including Saudi Arabia, Algeria and France. “I asked them ‘Why are you here?’ And they told me they were there to migrate to the caliphate in Syria,” Maytat recalls.

In June 2014, IS declared a self-styled “caliphate” across Syria and Iraq, where it implemented its literal interpretation of Islamic law. “I began to cry. It was two weeks after the caliphate was declared and the women kept saying ‘We’re going to the land of the caliphate, the land of the Muslims’, and they were all happy,” Maytat says.

In August, Ahmed and Maytat made their own journey across the border into war-ravaged northern Syria. They settled in the northern Syrian town of Manbij, where Ahmed’s brother was already living with his family.

“I said to my husband ‘Why did you destroy my life like this? You should have told me from the beginning that this is what we were going to do’,” Maytat recalls. “And he said ‘You’re my wife — you have to listen to what I say’.”

Tears welling, Maytat says she had felt powerless to resist Ahmed, her only link to her previous life. By September, she was pregnant with her first child — Abdullah — and Ahmed was sent to a month-long military training before deploying to IS’s front in Kobane.

On October 8, 2014, Ahmed’s brother told Maytat her husband had been killed in combat. “I became more depressed. I said to myself, this is the only person I knew in this foreign land, and now I’m alone here,” she tells AFP.

Pregnant and alone, Maytat moved into a shared “guest house” for widows of militants, mostly Uzbeks and Russians. This is when the military training started. “When they forced us to do weapons training I was pregnant, but I had no choice,” she says.

Unable to communicate with many other widows, Maytat was allowed to move into a building housing other Arabic-speakers. “There were French, Tunisians, Moroccans and Algerians. I stayed there until I gave birth to Abdullah.”

Less than a year after her first husband died, Maytat remarried in order to escape the shelter. Her second husband, an Afghan known as Abu Abdullah, took her to Raqa, the de facto capital of IS’s caliphate. “I couldn’t deal with life there — he wouldn’t let me leave the house — so I asked him for a divorce two months later,” she says.

She then married for the third time in three years, this time to an Indian fighter in Raqa known as Abu Talha al Hindi. That 18-month marriage produced her daughter, Maria. When Maytat learned Abu Talha had been killed battling the US-backed Syrian Democratic Forces, she joined up with another militant widow, a Yazidi woman. They escaped IS territory via “a secret route” that she refused to divulge.

Traumatised by her past, Maytat is now also worried about her future and that of her two young children. “I still don’t know what to do with my life. “I hope to return to Morocco with both of my children, but I don’t know if I’ll have a future or not there.”