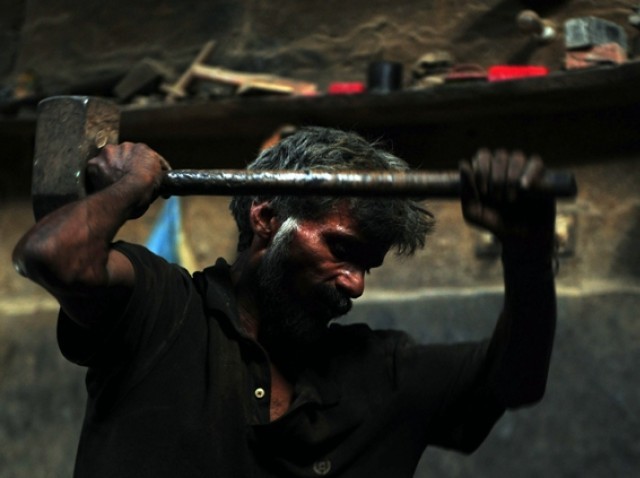 The laws that cover Pata now include, K-P Payment of Wages Act, 2013; K-P Worker’s Compensation Act 2013 and K-P Prohibition of Employment of Children Act 2015, among others. PHOTO: AFP

PESHAWAR: The Khyber-Pakhtunkhwa (K-P) government has extended 13 labour-related laws to the province’s Provincially Administered Tribal Areas (Pata) which come under legislative control of the governor and president and have historically not been subject to provincial laws.

The extension was made with the approval of the president and under clause 3 of the Constitution’s Article 247, which deals with governance of both federally and provincially administered areas.

Laws passed by the K-P Assembly are not applicable in Pata until the federal government extends them.

An official of the K-P home department told The Express Tribune that the extension of these laws means the areas of Pata come under the ambit of K-P government. “Child labour and bonded labour went on unchecked in Pata so far but now K-P government would have a check on them,” he said.

Unions in K-P have welcomed the move saying that the laws would help in reducing labour rights violation. “It is indeed a good step and will help in reducing abuse of labour in Pata which remained hidden from the oversight of the K-P government,” said Arif Afridi of National Trade Union Federation.

He added it was the provincial government’s responsibility to ensure that the laws get implemented.

UK PM May says sticking to net migration target of less than 100,000 a year