Source­s said the report will be presen­ted to Prime Minist­er Nawaz Sharif in the next three to four days
By Our Correspondent
Published: April 20, 2017
Tweet Email 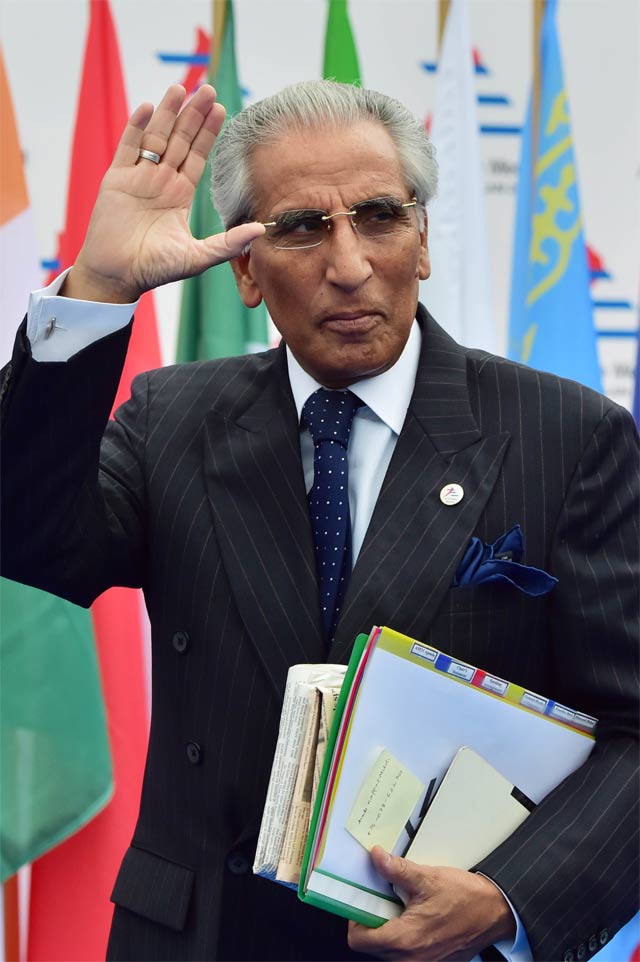 ISLAMABAD: Prime Minister’s Special Assistant on Foreign Affair Tariq Fatemi is expected to be removed from his position due to his alleged role in Dawn leaks controversy, the inquiry committee’s report available with Express News reveals.

Dawn leaks’ inquiry report will be made public: Dar

The government had set up the inquiry committee last year to probe the controversy surrounding a controversial report by daily Dawn about a key meeting on national security.

According to the inquiry committee report, it is Fatemi who was primarily responsible for leaking report of the key meeting to the newspaper without due permission.

Sources said the report will be presented to Prime Minister Nawaz Sharif in the next three to four days, adding that it will now be difficult for Fatemi to maintain his position.