Huzoor Bakhsh had killed his wife Bharaw­an Mai and Muhamm­ad Iqbal over suspic­ion of having illici­t relati­ons in 1995.
By Our Correspondent
Published: April 20, 2017
Tweet Email 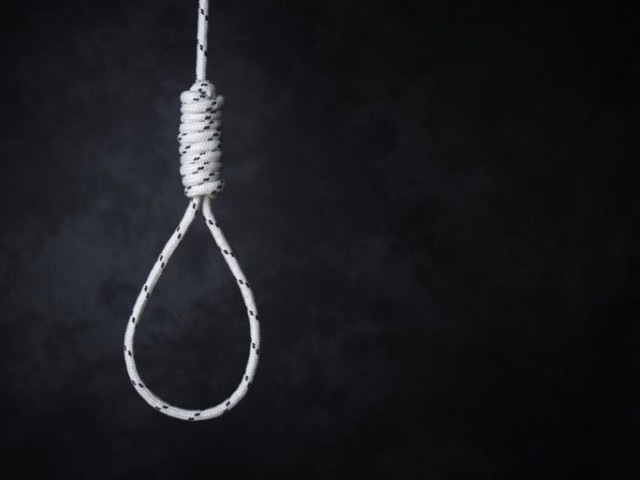 Huzoor Bakhsh had killed his wife Bharawan Mai and Muhammad Iqbal over suspicion of having illicit relations in 1995. PHOTO: REUTERS

Later, the police arrested the accused and a case was registered against him. The officials maintained on December 15, 1999, Rajanpur Additional Session Judge Muqarrab Khan awarded death sentence to Huzoor Bakhsh. He filed applications against the decision in the Supreme Court, high court and the President of Pakistan but all appeals were rejected.  He had a final meeting with his family members late on Tuesday evening and in early hours of Wednesday Huzoor Bakhsh was taken to the gallows.

Earlier, three convicts on death row were hanged across jails in Punjab.  Nabeel Ahmed, Saleem and Rashid were all handed the death sentence for committing murders in 2000 and 1998 respectively.