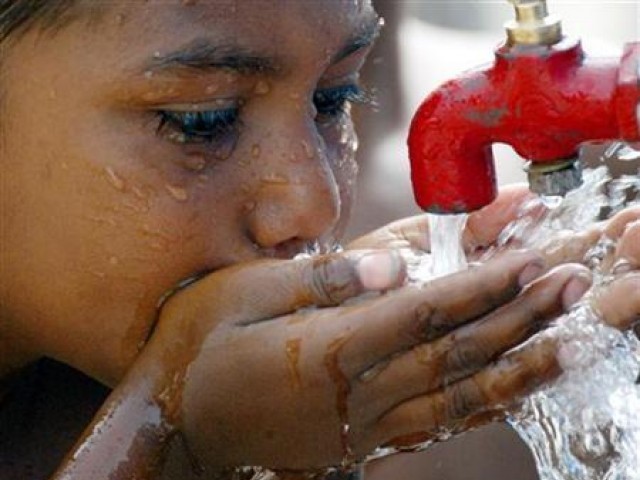 The KWSB head also pointed out that their land has been encroached upon by the land mafia, for which they are seeking the help of the police and Rangers. PHOTO: REUTERS

KARACHI: The Karachi Water and Sewerage Board (KWSB) is trying its best to supply water to every part of the city, claimed the board’s managing director Hashim Raza Zaidi. He also cleared the air about the ‘misconception’ that there is water shortage in the city

Zaidi was addressing a press conference at the KWSB office on Wednesday where he added that by June, 2018 the K-IV project will also be completed. He said that the impression that the K-IV project was undertaken to facilitate a specific area is false, adding that the project will supply water to the entire city. With the help of the K-IV, the KWSB will be able to supply water even to the slum areas of the city, he said.

Zaidi added that the KWSB has also started to implement the directions given by the Supreme Court’s judicial commission on water and sanitation and have started to identify areas where there is no filtration system. They are also making sure the water has sufficient chlorine levels, he explained.

He also mentioned the issue of choked sewerage lines and said that people have illegally constructed houses above the sewerage lines and most of the lines are very old and are in need of urgent replacement or repair. He added that they have started repairing the lines.

The KWSB head also pointed out that their land has been encroached upon by the land mafia, for which they are seeking the help of the police and Rangers.

“I cannot assure anyone that my staff is all honest, as without their assistance no one can run illegal hydrants and install illegal connections, therefore I have to sort out these issues as well,” said Zaidi.  He added that if everything was fine at the KWSB then there was no need of the water commission.