For women, sadly, there may not be the same boost
By AFP
Published: April 19, 2017
Tweet Email 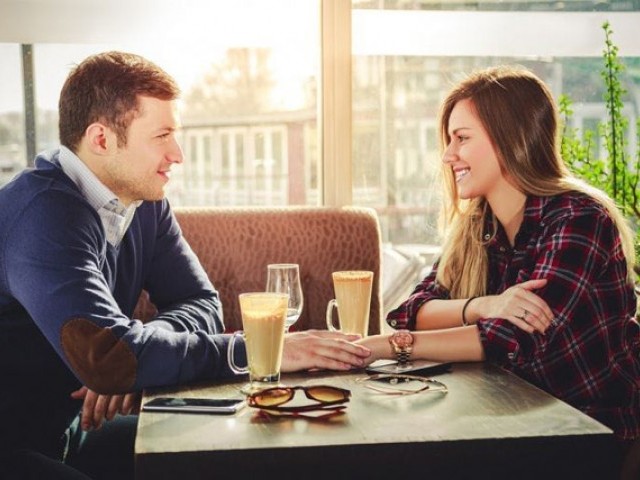 Average-looking men become more alluring when women sense the man has an imaginative spark, it found. But for women, sadly, there may not be the same boost. PHOTO: AFP

PARIS: In the ruthless world of the mating game, plain-looking men instinctively know that being funny, smart or poetic helps to compensate for a less-than-stellar exterior.

Average-looking men become more alluring when women sense the man has an imaginative spark, it found. But for women, sadly, there may not be the same boost.

Indeed, one experiment suggests that less attractive women even worsen their mating chances if they show mental zing.

“Creative women with less attractive faces seem to be perhaps penalised in some way,” said Christopher Watkins, a psychologist at Abertay University in Scotland, who carried out the research.

Watkins first recruited a batch of volunteers who looked at pictures of men and women, rating each on the basis of their physical looks alone.

Armed with this benchmark of beauty, he then submitted the same pictures to another group of volunteers — but this time he provided clues about the subjects’ creativity.

Attached to each picture were mini exercises in the imagination.

Look at me, I’m clever

In one test, there was a 100-word text based on “The Lovers,” a surrealist painting by Rene Magritte in which two lovers kiss, their heads strangely covered in white cloths.

Half of these texts, attributed to the persons pictured, were dull or factual (“Are they being held hostage?”), and the other half were inspired or conceptual (“It is perhaps an indicator that looks fade and in the end it does not matter as you will always be left with the personality of someone”).

In a second test, head shots were linked with an everyday object — a tyre — and a text describing an alternative use for it. Half of these descriptions were inventive, others less so.

The results showed that men with less attractive faces get a big boost in the popularity contest if they show a creative touch, Watkins found.

“Creative guys with less attractive faces were almost identical in attractiveness to really good looking guys who were not as creative,” he told AFP in a phone interview.

The top-ranked men were those considered to be both physically attractive and creative.

For women, though, the news is not so good. Looks remain paramount.

However, another experiment on similiar lines had conflicting findings, Watkins found: creativity showed an equally boosting effect for average-looking women and male counterparts.

Why would women rate creativity among men so highly?

Watkins pointed to evolutionary biology — the hidden criteria that drive us to seek the best mate for ensuring healthy offspring and their survival.

“Women on average are a more selective sex when it comes to choosing romantic partners,” he said.

Imagination and inspiration may be “a proxy for intelligence,” he suggested.

“Creativity is thought to be a signal that an individual can invest time and effort into a particular task or can see things in novel ways that may be useful for survival.”

That means nerds and poets are at a big disadvantage in online dating, where decisions to swipe left or right — to shun or show interest — are often based on just a glance.

“Certain platforms that we have now for dating might not be favourable for assessing people on more complex attributes,” Watkins said.

The allure of creativity may not be limited to potential romantic partners, but extend to potential friends too, the study found.