Why it’s time to get tough on teenage tobacco

Why it’s time to get tough on teenage tobacco

Eviden­ce indica­tes two-thirds of all males and a fifth of all female­s will try variou­s forms of tobacc­o before age 21.
By Dr Syed M Asad Zaidi
Published: March 28, 2011
Tweet Email 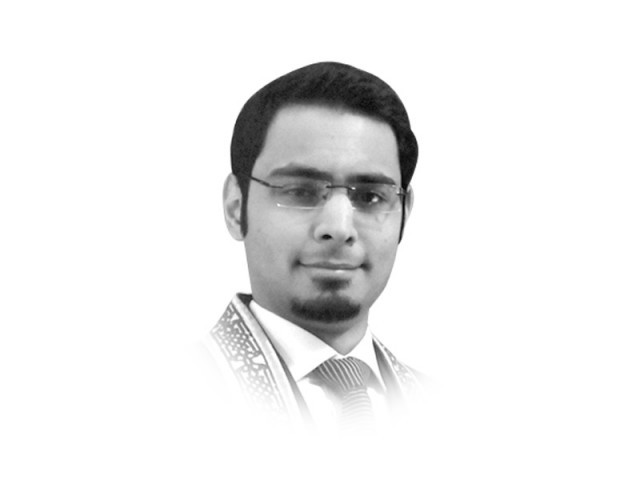 Fans of the American TV series “Mad Men” must have already learnt a thing or two about advertising. The show, set in the 1960s, revolves around the exploits of its protagonist, Don Draper, an advertising spin doctor who, in the show’s pilot, is seen conjuring up methods to counter the recently discovered cancerous effects of smoking tobacco. The series may have won accolades for its portrayal of life in America’s Golden Decade but it also sheds insight on one of the most powerful and deadly media campaigns in world history. Don’s character is loosely based on Draper Daniels, an advertising agent who created an icon that would become synonymous with the image of tobacco, the Marlboro Man.

The Marlboro Man came at an important time in the history of tobacco, when the health consequences of smoking were becoming increasingly clearer. Marlboro was initially created with the idea of a safe filtered cigarette, as a brand that targeted women. However, the image of tobacco that Daniels help create was that of assuredness, an indomitable figure, someone who always brought the cattle safely home, someone whose rugged confidence symbolised the quintessential free American sprit — a cowboy. The idea was to entirely deflect the public’s thinking from the lethal and addictive potential of tobacco altogether — and it worked. Marlboro’s sales jumped several fold following the campaign, the world’s most imitated advert was created and the global tobacco epidemic was born.

Later in the series, Don reveals an important trade secret — it’s all about getting new smokers to pick up the cigarette because it is almost impossible to get people to change their brands. A quote from Marlboro’s parent company, Philip Morris, will makes things clearer: “Smoking the cigarette for a beginner is a symbolic act. I am no longer my mother’s child. I am an adventurer, I’m not a square.” The mind of a teenager lighting his first cigarette suddenly comes before us where he is compounded by emotional disturbances, peer pressure and societal stresses and tobacco is there as the most obvious escape.

It is difficult to find a teenager in Pakistan who has not faced such circumstances. It is not by coincidence that tobacco has become an integral part our adolescents’ lives. As anti-tobacco laws became stricter in the West, their focus shifted to developing countries like Pakistan with young populations and poorer law enforcement. What resulted was a sustained campaign by tobacco companies targeting the youth for decades. Two of the defining sporting events of our generation, the 1992 and 1996 Cricket World Cups, one where Pakistan was triumphant and the other where we were the hosts, were sponsored by tobacco companies. Brands like K2 became “Janbazon ki pasand”, Gold Leaf, with its maritime theme, symbolised discovery and adventure, while smoking Dunhill was synonymous with distinction and prestige. Whilst tobacco advertising may have now become restricted, the created image still remains. This, combined with tobacco’s ubiquitous presence and exceedingly low prices, makes it easily accessible to the youth of this country. Evidence indicates that two-thirds of all males and a fifth of all females will experiment with various forms of tobacco before turning 21. Nearly half will go on to become chronic smokers and the remaining half will succumb to diseases directly attributable to tobacco. Pakistan’s median age is only 21 years, and a cataclysmic scenario presents itself before us where huge numbers of the coming generation could prematurely die as a consequence of tobacco.

Fortunately, crises also provide opportunity. A young population also means that actions right now can help prevent this future disaster. Efforts made by the current government deserve appreciation, such as the introduction of pictorial health warnings on cigarette packs. Our nationwide survey of high school students recently published in the medical journal BMC Public Health shows that whilst graphic health warnings such as pictures of oral cavity cancers were perceived as the most effective anti-smoking messages, their impact was significantly lower in adolescents that had already initiated the habit. This seems to suggest that targeted interventions such as relevant curricular material during late primary or early secondary school will prove to be more beneficial. The media must also make an effort to reinforce this message through a sustained campaign as a child progresses through his adolescence. Some of the other effective anti-tobacco messages in our study included videos of a throat cancer patient using an electronic voice box and a patient on a ventilator. Finally, greater efforts need to be made to help prevent under-age sales and to increase taxation, making cigarettes out of reach of teenagers.

Critics argue that tobacco production should be expanded in the country because it is beneficial to the economy. They say that it will provide employment and increase government revenue through greater taxes paid and higher exports. This, too, is false. A report by the World Bank shows that even developing nations that are heavily dependent on tobacco farming could significantly benefit from tobacco control policies through reduced healthcare costs, improved life expectancies and worker productivities and by diversification of agricultural production. Tobacco constitutes only a small fraction of our GDP, where a handful of large corporations gain profit with little trickle-down effect to ordinary people. Its impact on the poor man, however, is the hardest as it erodes disposable incomes and leads to diseases against which he has little hope of coming out alive.

Ultimately, this is not an economic, political or social issue — it is a moral issue. Tobacco is amongst the finest examples of unregulated capitalistic greed in the country, a product which, if used exactly as intended, leads to a powerful addiction and deadly disease. The future of thousands of young Pakistanis is at risk and we simply cannot allow this to happen.