Malala lament­s that some Pakist­anis have forgot­ten the messag­e of peace given by Islam
By News Desk
Published: April 15, 2017
Tweet Email 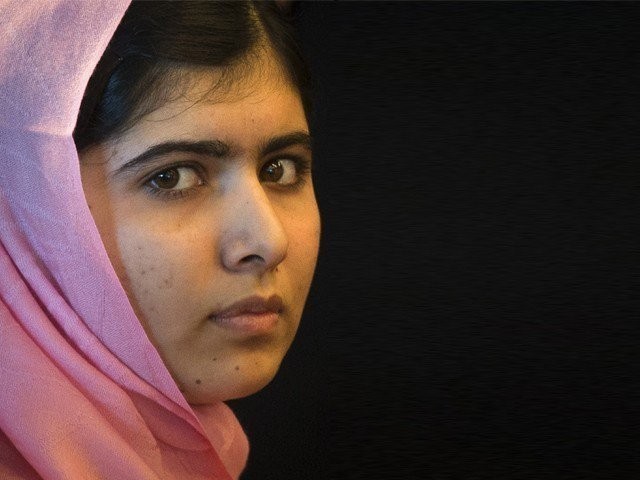 She criticised that some of the Pakistanis have forgotten the message of peace and tolerance given by Islam/ PHOTO: FILE

Malala Yousafzai has strongly condemned the murder of Abdul Wali Khan University (AWKU) student, Mashal Khan, who was beaten to death by a violent mob over alleged allegations of blasphemy.

“This is an incident filled with terror and fear,” Malala said in a video message on Facebook after talking to Mashal’s father over the phone.

Malala said the Holy Prophet (PBUH) never advised his followers to “be impatient and go around killing people”. “We have forgotten our values. We are not representing the true Islam,” she regretted.

Malala said people (many Muslims and Pakistanis) complain about the presence of Islamophobia in the West and that the western nations were “maligning our names”. “No one is maligning the name of your country or religion…we ourselves are bringing a bad name to our country and religion,” she stressed.

The Nobel laureate urged Pakistanis to learn about their religion, values and culture and said, “Everyone in Pakistani has a right to live a safe and peaceful life.”

“If we will continue killing each other like this, then no one will be ever safe,” Malala maintained.

At the end of the video message, she urged state institutions and political parties in Pakistan to shun their silence, take a stand and bring justice to Mashal and his family.