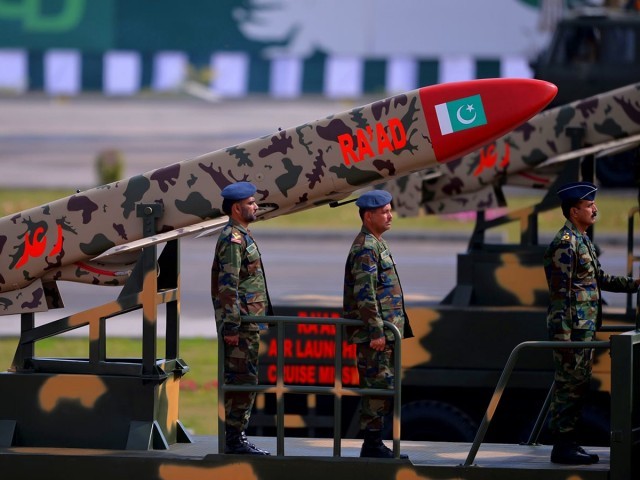 At the UN General Assembly recently nearly two-thirds of UN members that do not possess nuclear weapons, participated in a conference seeking to ban nuclear weapons. A nuclear weapons ban reflects misplaced idealism and an under-appreciation of fundamental strategic issues and concepts. It addresses symptoms of a problem, not the underlying problems themselves.

This is not to say that a ban would not help alleviate states’ security concerns. It may well, but it is seriously misguided to think that nuclear issues can be tackled separately and independently from broader military issues and conventional force imbalances. Furthermore, a ban that doesn’t involve the states that possess nuclear weapons makes one question the effectiveness of such a ban.

Conventional arms imbalances generally, and US conventional military superiority specifically, are as much a potential driver of nuclear proliferation and geostrategic instability as nuclear weapons. As an example, American preponderance in power projection capabilities has in the past influenced some countries to acquire nuclear weapons as a deterrent against US intervention.

A nuclear weapons ban addresses symptoms of a problem, not the underlying problems themselves. Let us take the case of Pakistan. Historically, Pakistan has been a strong proponent of nuclear disarmament. This acquisition of nuclear capability was an internal balancing instrument against Indian conventional military preponderance and revisionist mindset. Before nuclearising, after the 1974 Indian so-called PNE, Pakistan kept proposing a development of a Nuclear Weapon Free Zone in South Asia. Finally, to develop the nuclear weapon, the threat perception was solely driven by India’s conventional superiority that had historically culminated in dismemberment of the eastern half of the country in the 1971 war with India.

Traditionally, Pakistan has held that any significant negotiations on nuclear disarmament should entail some fundamental prerequisites; including ‘balanced reduction of armed forces and conventional armaments’, with emphasis on ‘armed forces and conventional weapons of nuclear weapon states as well as militarily significant states’. Pakistan’s representative to the First Committee on Disarmament underlined that any initiative undertaken to address the continuing reliance on nuclear weapons should first ensure that it would arrest the ‘disturbing trend of escalation in the number and sophistication of conventional weapons’.

Pakistan’s diplomatic community has strong reservations regarding any drive towards banning the nuclear bomb that doesn’t take into account the disparities in conventional armament and military balance of forces. This rationale is deeply rooted in the agreed framework that founded the basis of the First Special Session of Disarmament, ie, SSOD-I and which later led to the founding of the Conference of Disarmament. The agreed framework of SSOD-I clearly stipulated the negotiations upon which nuclear disarmament should be carried out on balanced reductions of armed forces and conventional armaments based on the principle of undiminished security of all parties’ and with a view to promoting stability at lower levels.

Indeed, from the Pakistani perspective, the international community does not give enough attention to the issue of vertical proliferation. It should come as no surprise, indeed, that Pakistan continues to stress the importance of nuclear weapons in acting as a deterrent to perceived Indian conventional military superiority. Pakistan in the past has made efforts at addressing issues of conventional force imbalances with India, but New Delhi has traditionally dismissed these efforts, instead focusing on its larger regional competitor, China. The problem in South Asia is therefore at least a trilateral one. But the issue speaks to a much larger problem, and that is multilateral conventional arms control. If the India-Pakistan strategic situation offers any lesson, it is that weaker states (Pakistan) may have to develop a “great equaliser” to offer the security that they cannot find through conventional means.

One Pakistani official stated to the 1998 conference on disarmament that “nuclear restraint and balance in South Asia will be possible if this is accompanied by effective measures for greater balance and symmetry in the conventional arms capabilities in South Asia”. Indeed, then Prime Minister Nawaz Sharif stated that Pakistan would sign the CTBT if the Kashmir dispute was solved first.

Simply arguing that nuclear weapons are dangerous does not help us solve fundamental problems of geopolitics and strategy. Moreover, whilst morality has its place in strategy, moral absolutes do not. Many proponents of nuclear disarmament have the “luxury” of sitting in a strategic vacuum and argue that states should simply learn to get on with one another.

Government leaders and military planners, however, do not have such a luxury, and have the responsibility of developing policies that are aimed at deterring conflict and minimising destruction if war comes. Deterrence remains a fundamental part of how the international system works. But this reveals a much broader issue about the disconnect between what we might call the deterrence community and the disarmament/nonproliferation community (although not everyone in the nonproliferation community ascribes to disarmament). The two communities, instead of engaging in meaningful dialogue, seem to still be talking over each other.

For the process to ban nuclear weapons to be successful, it must address the motives that drive states to acquire them in the first place. Not only do these motives include perceived threats from larger conventional or non-conventional forces, the existence of unresolved disputes but they also underline the discrimination in the application of international norms and laws. Absent strong and reliable external security guarantees to states that face hostile adversaries with conventionally strong militaries, these weapons would remain to guarantee national security for weaker states. Taking the case of Pakistan, while it was still developing nuclear weapons, it offered to sign the NPT, if India would, also proposing the creation of a regional nuclear weapons free zone. Later it again linked the refusal to sign the Comprehensive Test Ban Treaty, with demands for India to sign.

A successful nuclear ban, therefore, would be one that demonstrates a serious commitment by nuclear weapon states to disarm in a reasonable time frame and one whose ultimate objective is to establish a collective security system for states on an equitable basis while ensuring their security concerns that are the primary drivers for nuclear proliferation.

Too good to be true?