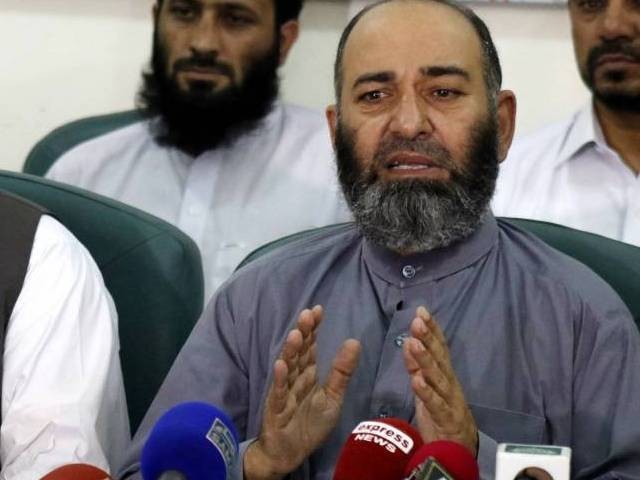 PESHAWAR: For the third time in the last two weeks, a Khyber-Pakhtunkhwa (K-P) leader has asked the federal government to include details of individuals living abroad in the census to ensure an accurate population count and thus, appropriate distribution of resources.

Jamaat-e-Islami (JI) Khyber-Pakhtunkhwa (K-P) Amir Mushtaq Ahmad Khan made the demand on Tuesday while addressing a press conference at the Peshawar Press Club.

Quoting figures from the Bureau of Statistics, Khan said 26 per cent of overseas Pakistanis hail from K-P, while 5 per cent are from the Federally Administered Tribal Areas, which the government is planning to merge with K-P.

“This makes it about nine million people overseas from K-P and Fata who will be left out of the headcount,” said Khan. “This will have a negative impact on the share the province receives in the National Finance Commission Award.”

The JI leader said that if these demands are not met, they will file a case in the high court and also hold a sit-in outside the Bureau of Statistics.

“The country’s future depends on this census because it will be the basis for division of resources,” said Khan. “Without counting K-P’s overseas population, the census will not reflect the province. Therefore we will not accept it.”

“Overseas Pakistanis generate billions in remittances for the country every year. It would be an injustice to leave them out of the census,” Khan insisted.

The JI leader, whose party is part of the provincial government, also asked K-P Chief Minister Pervez Khattak to take up these concerns at the meeting of Council of Common Interests because this issue directly affects the distribution of resources under NFC. “K-P is already poor and has been exploited in the past too,” he said.

He also accused the centre of depriving K-P of its constitutional and financial rights, saying that even though the province produces large amounts of electricity, it is still subjected to load-shedding, while royalties on electricity and gas are also not being paid.

Pakistan Muslim League-Nawaz’s Mian Maghfirat announced he was joining the JI at the gathering.

Outside K-P Assembly: ANP on hunger strike over blocked CNICs