Writing on the wall

Writing on the wall

Mobile techno­logy is helpin­g fight illite­racy in areas where women have never been to a school.
By Miranda Husain
Published: March 25, 2011
Tweet Email 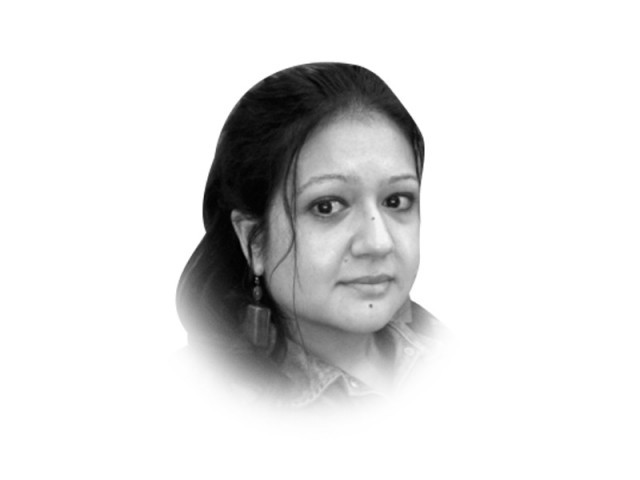 The writer is special correspondent at Newsweek Pakistan and has worked for The Friday Times, Daily Times and Express News miranda.husain@tribune.com.pk

Mumtaz wants to make a documentary on honour killings in Pakistan for CNN. But how to make it outshine other oppressed-Muslim-woman genre offerings?

As one of the three lead characters in Maha Khan Phillips’ satirical debut novel published last year, Beautiful from this Angle, Mumtaz is not real. But her dilemma is. That is, how to package, market and ultimately sell crimes against society’s most vulnerable to the world, to effect positive change.

By stark contrast, this is something that the Education Emergency report, recently published by the Pakistan Education Task Force, has consciously avoided. Instead, it has let the alarming statistics speak for themselves, while stressing that the education emergency is not to be sold to the world but, rather, to the Pakistani leadership and collective citizenry. No spin required.

As Fasi Zaka, a regular columnist on these pages and participant in the March for Education Campaign, has pointed out: There are no punches to be held. One in 10 of the world’s primary-age children not in school lives in Pakistan, bestowing on the country the dishonour of winning second place in global ranking terms. Furthermore, Pakistan has zero chance of meeting its Millennium Development Goals, including universal primary education and 86 per cent literacy by 2015.

Mr Zaka is an old friend and we have discussed the report in purely informal terms. He has mentioned a prevailing scepticism about the call to simply have the education budget increased and would like a situation where at least Pakistani children have the opportunity to be miseducated or even drop out of school. Naturally, many are concerned about the bigger picture: Curriculum development and education quality. But, he says, the immediate priority remains getting children into school in the first place.

Last year, I visited the village areas of Mohalla Bara Bari and Hari, a couple of hours from Lahore. There I met women aged roughly 15-35 years of age, although some were as young as 11. None had ever been to school. Yet they were armed and eager, each having been provided with a mobile phone as part of the Mobile Literacy Programme that partners Unesco Islamabad and local NGO Bunyad Foundation with Mobilink. The idea is that text messaging promotes both basic functional literacy and literacy retention, according to Unesco programme coordinator, Fakhar Uddin.

What I saw reinforced my belief that Pakistan’s most disadvantaged are desperate to master the basics.

“Learning to read utility bills changed my life,” 28-year-old Rukhsana told me. Before the texting initiative came along, she was at the complete mercy of her literate neighbours. “They would quote a higher figure and pocket the difference.” She also noted how being functionally literate led to an increased decision-making role within the family. Similarly, being able to read road signs has afforded these young women a sense of personal empowerment.

If learning the basics of functional literacy through the use of interconnected technology can literally transform peoples’ lives in Pakistan, then imagine what an integrated nationwide effort could achieve?

At one of the classes, the girls asked me if I could believe that they had never gone for a walk in a park. Ever. What I could not actually believe was the extent to which they had been abandoned by successive governments at every level.

But then, as Mr Zaka succinctly puts it: Education has never been a sexy subject to sell. Let’s hope the March for Education Campaign does away with the need to sex-up what should be national policy. Period.