The JUI-F expect­s around three millio­n people to attend the celebr­ation
By Our Correspondent
Published: April 7, 2017
Tweet Email 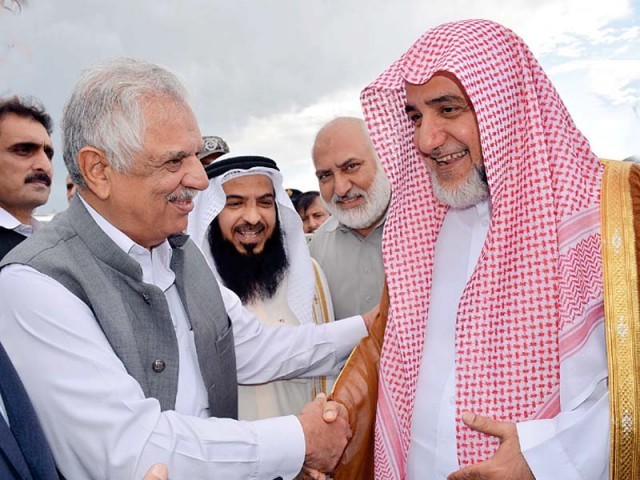 PESHAWAR: Prayer leader of the grand mosque of Kaaba, Imam Muhammad Salih Bin Ibrahim, will lead Friday prayers at a congregation of Jamiat Ulema-e-Islam-Fazl (JUI-F) that will begin today at Azakhel area in Nowshera district of Khyber Pakhtunkhwa.

The congregation is being organised to celebrate the foundation day of the party which traces its roots back to Deobandi school of thought’s political wing, Jamiat Ulema-e-Hind, which was founded in 1919.

Prime Minister Nawaz Sharif and former president and PPP Co-chairperson Asif Ali Zardari are likely to attend the event, in which dignitaries will take part from all over the world.

The JUI-F is expecting around three million people to attend the celebration and some 25,000 volunteers have been assigned different tasks to manage the mega event.

Around 70 CCTV cameras have been installed for the security of the participants. Aerial surveillance of the congregation will also be conducted to avoid any untoward incident.

Around 18 restaurants will serve meals to 50,000 people at a time. The JUI-F chief Maulana Fazlur Rahman will also address the congregation, which will continue for three days.