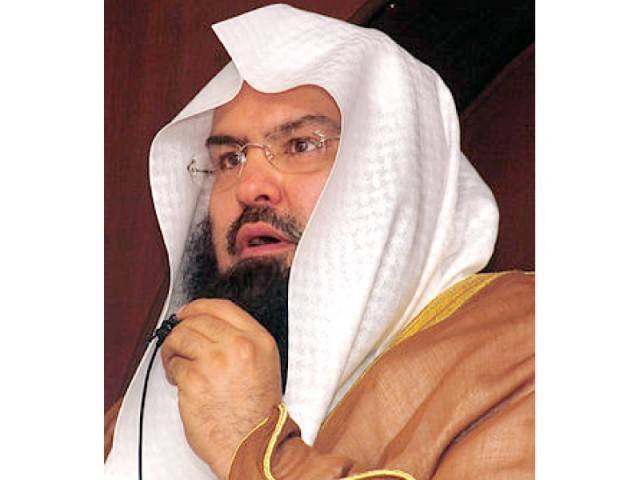 The Imam-e-Kaaba has urged Muslims world over to demonstrate unity to face the present day challenges.

“Muslims are passing through a difficult time but can overcome these difficulties only through unity,” Abdur Rehman al Sudais said while delivering a sermon from Masjid Nimra to over 1.8 million Muslim pilgrims who converged in Arafat on Sunday to attend an important Hajj ritual.

For the first time in years, Saudi Arabia’s Grand Mufti Abdul Aziz al Sheikh did not give his traditional Arafat sermon. Okaz newspaper cited health reasons but Sheikh still attended the sermon given in his place by the Imam of Makkah’s Grand Mosque.

“Muslim rulers will have to address the collective problems realising their responsibilities. Terrorism is the biggest problem and Islam has no link with it. Terrorists have no religion,” Radio Pakistan quoted the Imam as saying.

Earlier today, the Hajj reached its high point when Muslims from across the world converged on a stoney hill in Saudi Arabia, a year after the worst tragedy in the pilgrimage’s history. More than 1.8 million gathered from sunrise at the hill and a vast surrounding plain known as Mount Arafat, about 15 kilometres (nine miles) from Makkah.

“Islam ensures the right of every human and every human has equal right. Teachings of Islam are based on justice and equality,” the Imam said. “Prophet Muhammad (pbuh) issued the basic manifesto of Islam and human rights in his last sermon and said that there is no difference between any Arabs and non-Arabs, black and white, rich and poor,” he added.

Shiekh Sudais said Muslims should act according to the manifesto given by the Holy Prophet (pbuh) and should ensure the safety, life and honour of all people. “Islam demands establishment of a government based on peace and stability in the world and for this purpose all Muslims should leave personal interests to ensure peace and inter-harmony among the people.”

Imam-e-Kaaba urged the Islamic scholars to work together for promotion of inter-harmony and avoid any act which causes scatter of Ummah. “Hajj gathering is also a message of unity and the pilgrims should maintain this spirit in their home towns.”

After sunset the pilgrims will move to Muzdalifah, halfway between Arafat and Mina, to gather 49 pebbles for a symbolic stoning of the devil which begins on Monday, in the last major rite of Hajj.

During the ritual in Mina last year a stampede killed around 2,300 people who were on their way to throw their stones at the Jamarat Bridge.

Authorities announced an investigation into the tragedy but no results have been released, although a number of safety measures have been taken. Among these is the distribution of a bracelet which stores pilgrims’ personal data. Roads have also been widened in the Jamarat area, newspapers reported. Pilgrims have told AFP they feel safe and noticed organisational improvements.

On Sunday, helicopters monitored the crowd flow from the skies, while on the ground, police on foot, motorbike, and all-terrain vehicles directed pedestrian movement. At the sacred hill itself, police sometimes had to use their bodies to block the flow of pilgrims and avoid bottlenecks.

Crown Prince Mohammed bin Nayef, the interior minister and chairman of the Hajj committee, was in Mina to help supervise “the services being provided to the pilgrims,” the official Saudi Press Agency said.