A Saudi news report says the top cleric will not addres­s the pilgri­ms at Arafat for 'health reason­s' on Sunday­
By News Desk / AFP
Published: September 10, 2016
Tweet Email 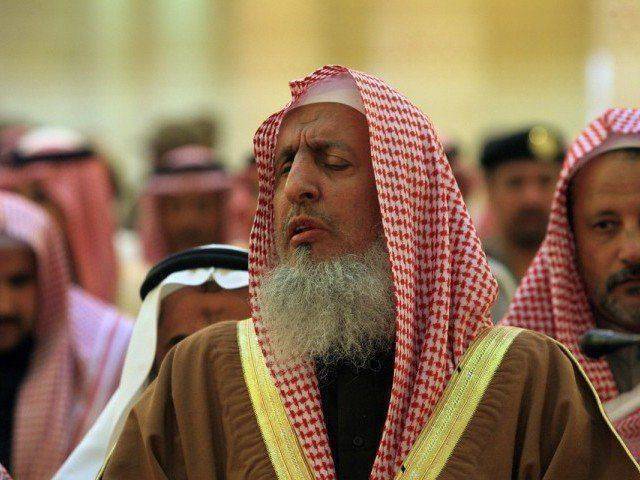 The Saudi government announced on Saturday that the Grand Mufti Abdulaziz al Ashiekh will not be delivering his Hajj sermon for the first time in 35 years.

According to a Saudi news report, the top cleric would not address the pilgrims at Arafat for “health reasons” on Sunday.

On September 6, the Mufti had said Iranians are “not Muslims”, following Iran’s supreme leader fresh tirade over the kingdom’s handling of the Hajj pilgrimage.

In his statement to a local newspaper, Abdulaziz al Ashiekh said that Iranians are children of Magi and their hostility towards Muslims is an old one. Especially with the people of Sunna.

The mufti was referring to pre-Islamic beliefs in Iran and to the Sunnis who make up the main branch of Islam.

For the first time in almost three decades, Iranians will not participate in this year’s pilgrimage to Makkah after talks on logistics and security fell apart.

Khamenei had said that the Saudis did not prosecute those at fault for the stampede, accused them of showing no remorse, adding that Riyadh had “refused to allow an international Islamic fact-finding committee”.

After reviewing security forces assigned to protect the Hajj, Saudi Crown Prince Mohammed bin Nayef had said that the kingdom had “spared no effort to provide state-of-the-art services for the safety, comfort and security of all pilgrims”.