Noose over their heads: ‘You cannot take what’s not yours to give’

Noose over their heads: ‘You cannot take what’s not yours to give’ 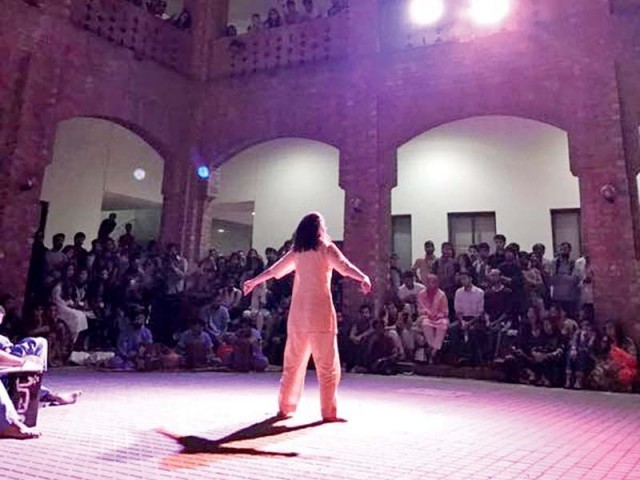 The play depicts true stories from prisons, stories of suffering, of injustice and of wait. PHOTO: EXPRESS

LAHORE: In a harrowing yet powerful depiction, Ajoka Theatre’s play Interzaar showed the life and struggle of six death row inmates who literally had a noose hanging over their heads, but were trying to prove their innocence in court at the same time.

Intezaar, which rather fittingly translates into “wait”, was created by Ajoka Theatre in collaboration with the Justice Project Pakistan, London-based Complicit and Highlight Arts at the Forman Christian College University (FCCU) Lahore on Thursday. The play is written by Shahid Nadeem, directed by Dina Mousawi, and produced by Ryan Van Winkle.

With a tagline of “you cannot take what’s not yours to give”, the play is based on the true stories of six death row prisoners in Pakistan. Performed in an open theatre, it tells the tale of suffering, injustice and waiting for death in Pakistani prisons. Often enough, the people who find themselves this situation hail from financially disadvantaged backgrounds and are victims of the miscarriage of justice.

Talking to The Express Tribune, playwright Shahid Nadeem said that the performance highlights the dark world of death row prisoners, who are struggling to survive under the long and arduous legal system of the country. 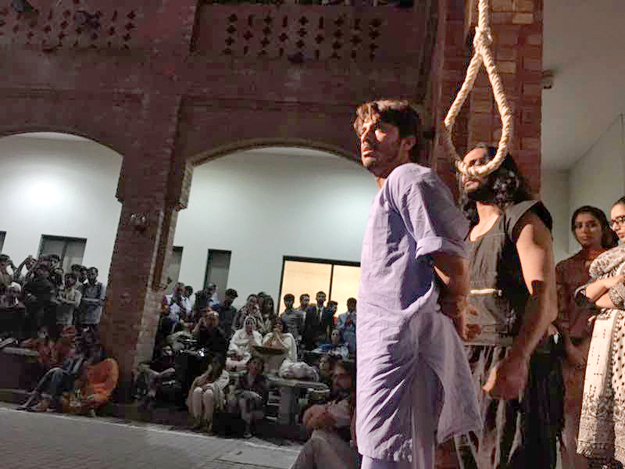 “Many death row convicts have to fight their pleas in the judicial system for up to 20 years, while some are also executed or die of natural causes before proving themselves innocent,” he said. “We believe that capital punishment is in itself cruel, hence the tagline. On top of this, our legal system is marred by corruption, flaws and the rich almost always get away while the poor suffer.”

Shahid said the play interweaves six different stories into one.

“There is one a story of a juvenile on death row, another of a woman who was tortured to get a confession and also the tale of a mentally-challenged convict,” he explained.

According to Justice Project Pakistan (JPP), the theatre piece was built upon real-life accounts from Pakistan’s 8,000-strong death row convicts. According to JPP’s research, a condemned prisoner would have to spend an average of 11.41 years on death row in Pakistan.

This theatre piece traced the impact that waiting can have not only on prisoners, but their families too. The characters of Intezaar walked the audience through their miserable existence and how resilience and courage give a purpose to otherwise meaningless lives. Intezaar also demonstrates the structural flaws inherent to Pakistan’s criminal justice system which remains inaccessible, beholden to power, mired in red tape and usurped by influence and wealth.

The stories of Intezaar are based on actual stories of many of JPP’s clients, whose names were changed to protect their privacy. Many of them continue to be on death row, while others were executed after the government lifted the moratorium on the death penalty in December 2014.

Intezaar is a unique project which has brought together by four organisations from Pakistan and the United Kingdom, all committed to the cause of human rights and socially meaningful art.

The theatre piece will be staged again in Rawalpindi at the National College of Arts on April 10 and in Faisalabad at Government College on April 11.