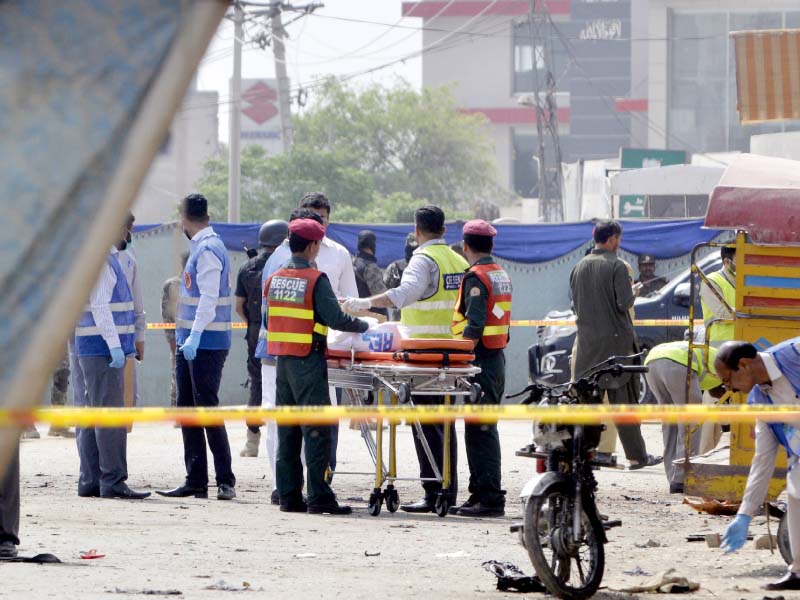 The site of the deadly Bedian suicide blast that killed six people has been cordoned off. Medics were scrambled to the scene to rush the injured to medical facilities PHOTO: AFP/ONLINE

LAHORE: Even though a deadly blast targeting a census team ripped through Bedian Road and killed six people, those involved in the exercise remained steadfast and continued with their work.

“Our seniors have ordered us to continue with our duty no matter what has happened,” says a Pakistan Army soldier stationed at in Islam Nagar. He lost four of his peers in the devastating attack.

Requesting anonymity as he was not authorised to speak to the media, the soldier adds security forces are well aware of the existing threat. “We know that it exists, but are willing to give up our lives for the safety and sovereignty of the country.”

He says the incident occurred in the morning, but officials ordered them to carry on and keep their eyes peeled for any suspicious activity.

Lahore Commissioner Abdullah Khan Sumbal also underlines that the census is a national duty and the task will be completed at all costs. While visiting the Lahore General Hospital to inquire after the health of the injured, he says there is no lack of security. “You are well aware about the difficulties involved in dealing with suicide attacks,” he points out. 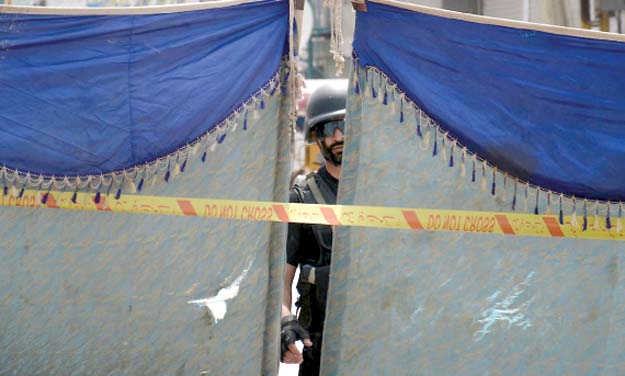 He says security arrangements are already being increased for the census team and assures that the authorities will never bow down to terrorists.

“All hospitals and other important locations have tightened security, while a combing operation is continuing through the city,” he adds.

On one bed of Lahore General Hospital, two brothers, Muhammad Arshad and Muhammad Noman, are sitting as the former suffered a minor injury to the head.

Talking to The Express Tribune, Muhammad Noman, who narrowly escaped the blast, says both brothers are labourers and were preparing to go to work in Defence after eating breakfast at a local hotel.

“We had just left from the eatery when the blast occurred right in front of us,” he says. “At the time, I was not aware that my brother had suffered an injury to the head.” Noman says he immediately rushed to the blast site, where victims were screaming in pain from their wounds while a vehicle was burning.

“Really, it was a horrific incident.  We are waiting for an ambulance which carried us to the General Hospital,” he recalls, “May God save our country,” he concludes with a prayer.

Another blast victim, Farhan Ahmed, who also was transported to the LGH, was a matric student and going to school. “I cannot forget the incident. These are that sort of occurrences that send the whole nation into a state of depression.” He urges the government and military to continue with the operation against terrorists and bring it to its logical end.

It’s an art: Creative minds get to strut their stuff