ECP bans social media, YouTube in its offices across country

ECP bans social media, YouTube in its offices across country

The Election Commission of Pakistan (ECP) issued on Tuesday a notification banning the use of social media websites and YouTube in its offices across the country.

ECP Deputy Director Syed A Rahman Zafar, in a letter sent to the provincial election commissioners of Sindh, Punjab, Khyber Pakhtunkhwa and Balochistan, claimed blocking social media and video streaming sites on ECP networks “will minmise malware attacks and “ensure the discipline of using electronic resources up to the optimum level”.

“…the Competent Authority has directed to block social media websites (ie Youtube, Facebook, Twitter etc) on all networks of ECP secretariat as well as PEC offices, including field offices with immediate effect,” the letter read.

The provincial election commissioners were directed to ensure orders are followed and the websites are blocked immediately with the help of provincial general managers of PTCL and National Telecommunication Corporation (NTC). 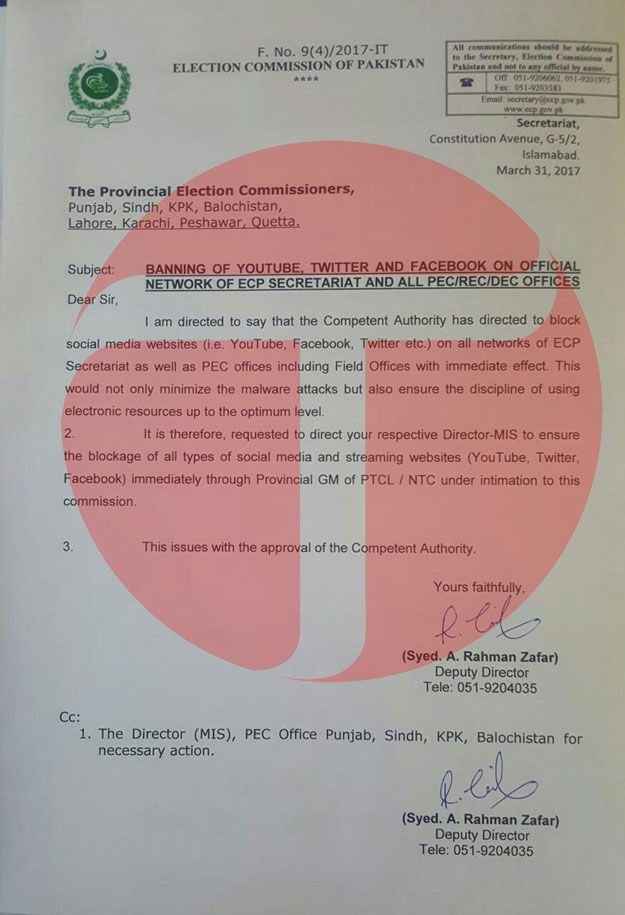