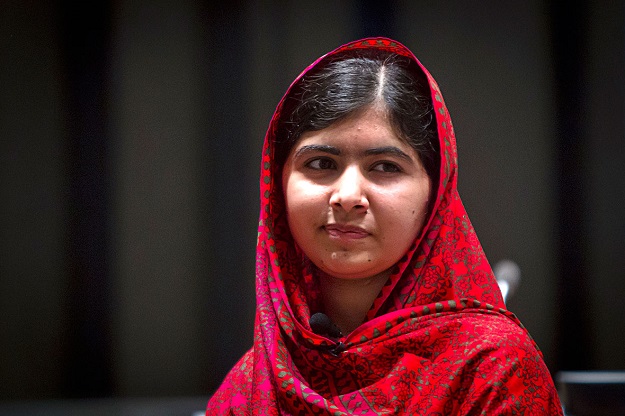 Malala Yousafzai will receive her honorary Canadian citizenship in Ottawa next week.

The youngest-ever Nobel Peace Prize winner will address Canada’s Parliament on April 12 after which she will be presented the citizenship, Canadian Prime Minister Justin Trudeau’s office said.

The 19-year-old was bestowed Canadian citizenship in 2014. Former Canadian prime minister Stephen Harper was to have presented the award to her in Toronto on October 22, 2014. However, the event was cancelled as a gunman attacked Parliament Hill after killing a soldier at the National War Memorial.

Malala is one of just six people to receive honorary Canadian citizenship. The others are Raoul Wallenberg, Nelson Mandela, the 14th Dalai Lama, Aung San Suu Kyi, and the Aga Khan.

A statement released by Trudeau’s office said he wants to discuss “girls’ empowerment through education and how they can actively contribute to the sustainable development of their communities and countries.”

“Malala’s courageous response to those who threatened her life, and her advocacy for girls’ education, has inspired many millions of people around the world. Her story is one of determination and dignity, and Canada is proud to call her an honorary citizen of this great country,” Trudeau was quoted as saying in a statement from his office.

Malala likely to get admission in Oxford after completing A-levels

The Canadian premier’s press release also quoted Malala as saying, “The people of Canada are leading the world in their response to the refugee crisis. I am honoured by Parliament’s invitation and look forward to visiting this great nation of heroes.”

Malala became an international symbol for girls’ rights after surviving a 2012 attack by a Taliban gunman, who shot her in the head while she was riding a bus home from school in Swat. After her recovery, she became an international spokesperson on the issue. She is the youngest-ever recipient of the Nobel Peace Prize and will be the youngest person to address the Parliament of Canada.