Aborig­ines, make up about three percen­t of the popula­tion, and are among the most disadv­antage­d Austra­lians
By AFP
Published: April 3, 2017
Tweet Email 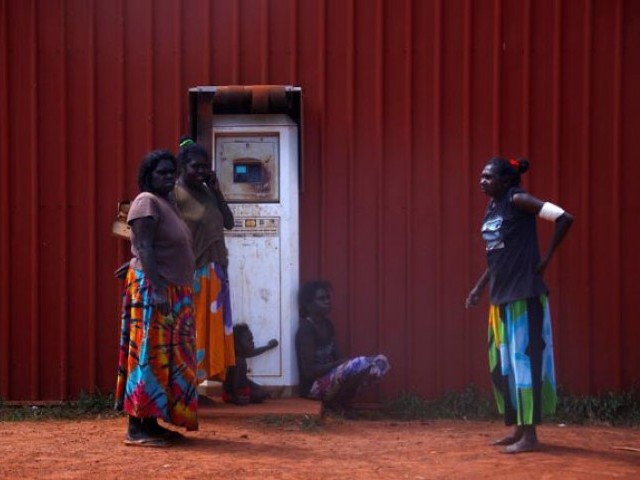 Members of the Australian Aboriginal community of Ramingining stand next to a machine used to pay for fuel in East Arnhem Land, located east of the Northern Territory city of Darwin. PHOTO: REUTERS

UN special rapporteur Victoria Tauli-Corpuz has been on a 15-day visit at Canberra’s invitation to check on progress made since the last such trip in 2009.

UN launches probe of crimes against Rohingya in Myanmar

She said she found racism against the indigenous population widespread.

“As I have travelled across the country, I have found the prevalence of racism against Aboriginal and Torres Strait Islander peoples deeply disturbing,” she said.

“This manifests itself in different ways, ranging from public stereotyped portrayals of them as violent criminals, welfare profiteers and poor parents and to discrimination in the administration of justice.”

Aborigines — who make up about three percent of the population of 24 million — are among the most disadvantaged Australians.

In February an annual government report entitled “Closing the Gap” found that Australia was failing in its efforts to improve Aboriginal lives, with targets — including cutting child mortality and raising life expectancy — not being met.

Prime Minister Malcolm Turnbull admitted at the time not enough progress had been made and committed more money to improve research and evaluate policies to improve the situation.

The UN rapporteur on the rights of indigenous peoples said in a statement there was a lack of government consultation with indigenous bodies working to support their own communities in public health, housing, education, and child protection.

She said the national representative body for the indigenous population — the National Congress of Australia’s First Peoples — was “dismally disregarded by the government”.

“While Australia has adopted numerous policies aiming to address Aboriginal and Torres Strait socio-economic disadvantage, the failure to respect the right to self-determination and the right to full and effective participation in these is alarming,” she said.

“The compounded effect of these policies has contributed to the failure to deliver on the targets in the areas of health, education and employment in the Closing the Gap strategy.”

Tauli-Corpuz said indigenous organisations “remain unfunded or have had funding radically cut” and urged Canberra to do more. She highlighted escalating rates of youth suicide, and denounced as “simply astounding” the high levels of indigenous incarceration.

“Imprisonment is the end result of years of dispossession, discrimination and trauma faced by Aboriginal and Torres Strait Islanders populations over the generations,” said the envoy.

EU sees no future for Assad in Syria: foreign ministers