A man from Huntsville, Alabama ended up in a hospital with second and third-degree burns after being nearly electrocuted by his iPhone charger that he had plugged in before going to sleep.

Wiley Day, 32-year-old, fell asleep on March 22 after plugging his iPhone via an extension cord and keeping it with him in bed as it charged overnight.

Day woke up the next morning and as he rolled over his necklace caught on the exposed prongs of the charger head turning the metal chain into a conductor for the electricity which travelled straight to Day’s neck. 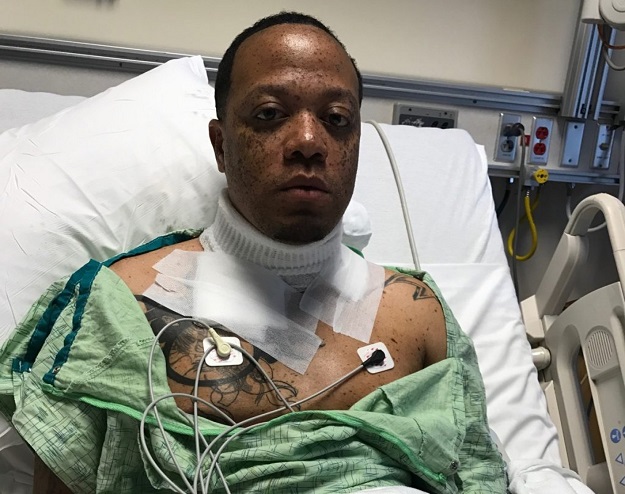 “It was the eeriest, darkest, most demonic thing you could ever experience,” Day said while speaking to The Washington Post. “I don’t have enough adjectives to describe it.”

He went on to say, “Your body is numb at that point,” adding, “I guess people would think it would be burning, but in my case I felt a whole lot of pressure around my neck.”

Day became acutely aware of the danger he was in and that is when he managed to rip the metal necklace off from his neck.

“Had I not pulled that necklace off when I did …” Day said. “I just believe that God spared my life, and that’s what happened.”

Day was rushed to the hospital following the incident where he was treated for second and third degree burns to his hands and neck. 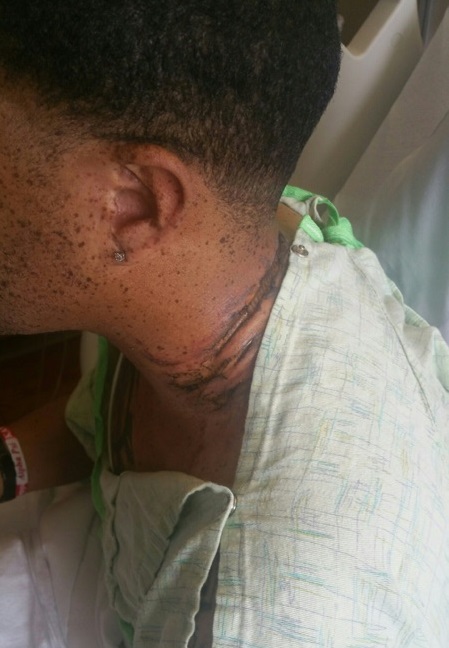 The 32-year-old behaviour specialist now wants to use his experience to create awareness among people of how dangerous charging electronics in bed could be.

“I found out most people were using extension cords because they were still on their devices in bed,” Day said. “I mean, it’s sad but true.”

“From my experience to others, it is not worth your life charging your electronics in bed. I mean, it’s not worth it,” he said, adding, “I wouldn’t wish what happened to me on my worst enemy.”