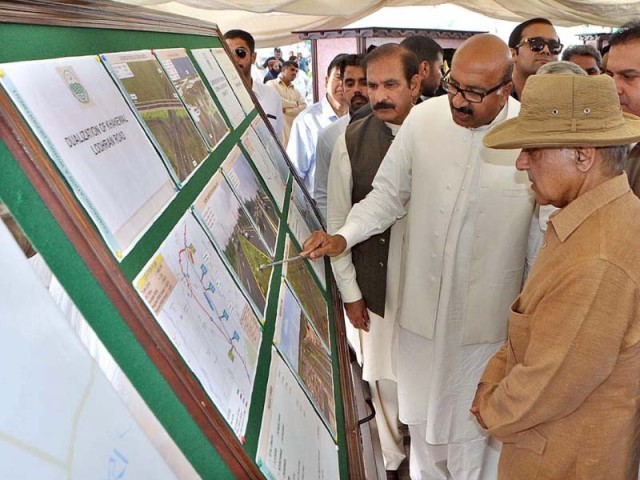 LAHORE: The Punjab government on Tuesday kicked off the e-Rozgaar programme which will enable the youth to earn a respectable living through online jobs.

Inaugurating the project, Chief Minister Shehbaz Sharif has said it was essential to arm the youth with such opportunities. He was speaking at the Arfa Kareem Software Technology Park during a ceremony.

Under the programme, 40 e-Rozgaar centres were set up in 36 districts where youngsters will be given three-month trainings so they can earn a living through online jobs.

Announcing the increase in the e-Rozgaar centres, the chief minister believes these 40 centres are not enough and there is a need to set up four million of them so that more students can be empowered. Addressing the inaugural ceremony of the e-Rozgaar programme and first freelancing convention, the chief minister said a big portion of the population consisted of the youth. “They are our asset and the destiny of the country cannot be changed without their economic empowerment.”

He said the government started various programs for this purpose and hundreds of thousands of students graduated from universities. Shehbaz stressed that the challenges to educate the youth must be turned into opportunities.

He said young boys and girls were playing the vital role in the development of the country after getting an education.

He said the Information Technology University Vice Chancellor Dr Umer Saif laid the foundation of the e-Rozgaar program about three years ago and thousands of youngsters gained respectable employment after training from these centres.

He congratulated Dr Umer Saif and his team, saying this programme was the need of the hour. “Pakistan can move forward through this programme.”

He said the provivnical government laid the foundation of the Punjab Education Endowment Fund (PEEF) with Rs 2 billion in 2008 and now its volume had increased to Rs20 billion.  Shehbaz stated a monitoring system should be introduced to gather information on whether these students are getting jobs or not.

He said when the PML-N came to power in 2013, the country was plunged into darkness and unemployment was rampant, while people were losing their businesses. The CM said the hard work of the present regime to rid the masses of load shedding was bearing fruit. He hoped to end the menace by the end of the year. Shehbaz vowed that sufficient electricity would be available for industry, livestock, agriculture and programmes like e-Rozgaar. He claimed and Pakistan would not only be self-sufficient in electricity, but could even provide its surplus power to neighbouring India.

Shehbaz said the central government had started unprecedented mega projects in a transparent manner and these were heading towards completion. He said the first phase of the 1,200MW Bhikki power plant would be completed in two weeks and it will initially produce 800MW of electricity.

The CM was certain Pakistan would become a great country because the government is working with speed, transparency and dedication. “I will serve the youth in the every possible manner.”

Addressing the ceremony, Dr Umer Saif said 60% of the population of Pakistan consisted of the youth and he was confident that this demographic would be the harbinger of change. He assured the e-Rozgaar programme had started according to the vision of CM Shehbaz Sharif and it would provide jobs.                    Provincial Ministers Syed Raza Ali Gillani and Jehangir Khanzada also addressed the ceremony and highlighted the importance of the e-Rozgaar programme. Muzmal Arif, a youngster, who was trained under the initiative, told the audience about his success story.