A mosque at Ground Zero? 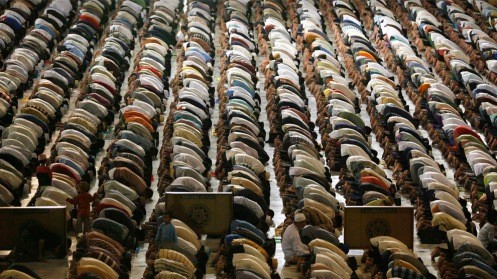 An ambitious plan to build a mosque next to New York's Ground Zero is prompting both hope and anger  in a city scarred by terrorism.

Feisal Abdul Rauf, a New York imam says he plans to build a multi-storey Islamic center that will transform both the drab lower Manhattan street and the way Americans have looked on Muslims since 9/11.

Boasting a mosque with sports facilities, a theater and possibly day care, the center would be open to all visitors to demonstrate that Muslims are part of their community, not some separate element. "There's nothing like this that we know of in the United States," Rauf told AFP.

"This will be a community center for everyone, not just for Muslims, but non-Muslims." These are tense times for American Muslims who find themselves increasingly painted both by the public and law enforcement bodies as a possible source of terrorism.

The Islamic center is part of Rauf's program, called the Cordoba Initiative, meant to build bridges between the West and the Muslim world. But because of the proposed mosque's location, just around the corner from the gaping Ground Zero hole, Rauf's call for peace is seen by some as a battle cry.

"The outrage continues," cites a recent critical report on www.nomosquesatgroundzero.wordpress.com under a close-up of the collapsing Twin Towers. Accusing the Cordoba Initiative of trying to "sneak it through," the protest site says the center will "cast a rude shadow over Ground Zero." Others compare the idea to building a German cultural center at Auschwitz.

A woman living in the apartment building next to the proposed mosque said she couldn't accept the project. "I'd be lying if I said it didn't make me a little nervous," said Jennifer Wood, 36, as she took her young son for a walk. "It seems a little in the face, a little too much too soon. I don't know why it has to be here -- this is a big city."

An eloquent and erudite man, Rauf sounds slightly weary when asked about hardcore opposition, but says he hopes the center will become a catalyst for helping Muslims and the wider community to integrate. "It's about building an American Islamic identity, because we have second-, third-generation Muslims who don't feel they are part of (the country)," he said. "The complaint throughout the years has been: 'Where's the voice of the moderate Muslims?'" Rauf said. "Well, here we are."

Many look forward to the center, which Rauf estimates will cost 105-140 million dollars to build, possibly financed with bonds. Mohammed-Iqbal Hossain Chowdhury, a Bangladeshi immigrant running a newspaper kiosk across the street, called for an end to prejudice. "The people who will come to pray here are working people. We are coming here to pray to God," the 42-year-old said, lifting his hands skyward with a huge smile. "Ground Zero -- that is about terrorists. Terrorism is a different thing. There are a billion or more Muslims around the world. They aren't all terrorists! I hope people will see us coming here and see that all of us come from one god."

Walking past the shuttered-up Burlington Coat Factory retail store to catch a Subway train, local worker Angela Long, 60, said Muslims can be as American as anyone else. "I don't believe that Islam equals terrorism. There are crazy people everywhere," she said. And those arguing that a mosque has no right to exist near Ground Zero? "They should read our Constitution," she said. 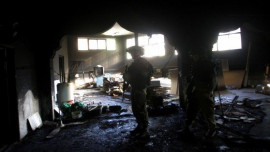 The arrest of Faisal Shahzad (IV) 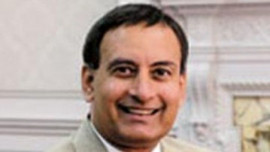 Haqqani rejects reports of US pressure

Fasih Ali Khan | 10 years ago | Reply Great Idea .... It is going to show the Visitors and the Wider US Polulation that Muslims are not, just as same as the Attackers of 9/11. Muslims would be practicing their religion with peaceful means on the same spot where some Adventurers have taken thousands of lives in the Name of Religion.
Mehboob Ali | 10 years ago | Reply This is Symbolic for Faith, Unity and Desipline.
VIEW MORE COMMENTS
Maleeha Athar Zubairi | 10 years ago | Reply An interesting article indeed. A great initiative which will help open the minds of the Americans towards the all-Muslims-are-terrorists misconception.
Asif Amin | 11 years ago | Reply It is the great ray of hope to integrate Muslims and to diminish prejudice.
Replying to X
Saved ! Your comment will be displayed after the approval.
Error !
Error! Invalid Email.