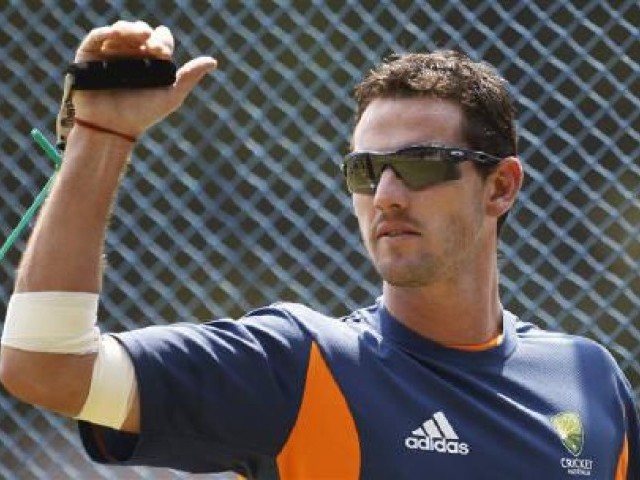 MELBOURNE: Australian fast-bowler Shaun Tait announced his retirement from all forms of the game on Monday due to persistent elbow injuries.

Tait, who had retired from first-class cricket in 2009 and ODIs in 2011, continued to play as a T20 specialist, with his last match coming for the Hobart Hurricanes against the Sydney Thunder in the 2016-17 Big Bash League.

“I honestly wanted to play a couple more years, whether it was over in the UK or here,” the 34-year-old Tait told cricket.com.au. “The elbow has pretty much gone off a cliff now, it’s done and dusted.

PSL2.0: living up to its moniker

“I suppose when you’re not contributing on the field as much as you’d like to, it’s time to finish up.”

Tait was instrumental in Australia’s 2007 World Cup triumph in West Indies, where he was the joint-second highest wicket-taker with 23 dismissals in the tournament.

“In his prime, Shaun was the world’s fastest bowler. It was incredibly exciting to watch him full flight bursting through the defences of the game’s best batsmen,” said Cricket Australia CEO James Sutherland in a statement.

Tait represented Australia in three Tests, 35 ODIs and 21 T20s and made his last international appearance against India in the shortest format at Sydney last year.