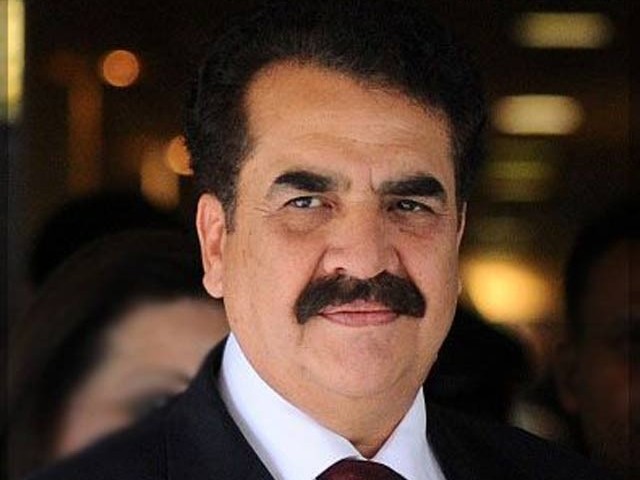 ISLAMABAD: It is official now. Pakistan’s former army chief General (retd) Raheel Sharif will lead the Saudi Arabia-led military alliance ‘against terrorism and extremism’. The confirmation came from Defence Minister Khawaja Asif after months of speculation on whether or not the former strongman will lead the military alliance, whose objectives are still shrouded in mystery.

The news of Gen (retd) Raheel Sharif’s possible joining of the alliance first surfaced in January when Asif said the former army chief had applied for a ‘no-objection certificate’ for the job. However, Raheel at the time, through his close friends, clarified he had only agreed in principle to accept the job only if Pakistan formally became part of the alliance.

Now the defence minister confirmed that a formal request had been received from Saudi Arabia and it was only a matter of time when Raheel would take up his new responsibility.

But the decision is bound to invite a strong reaction from within Pakistan, particularly from the opposition parties, which were opposed to Pakistan’s becoming a party to the conflicts in the Middle East.

In April 2015, after an extraordinary weeklong debate, parliament had unanimously approved a resolution urging the government to stay neutral in the face of demands from Riyadh to join its military campaign in Yemen.

The parliamentary snub caused an unprecedented hiccup in Pakistan’s relationship with the kingdom, which felt betrayed by Islamabad’s move.

The primary reason for Pakistan to stay away from the intra-Arab differences was due to the delicate balance it has traditionally maintained in its relationship with Saudi Arabia and Iran.

Despite claims, Pakistan was not convinced the Saudi initiative was meant for fighting terrorism alone. There were fears the actual purpose of the Saudi alliance was to further its own interests in countries such as Yemen, Syria and Iraq.

Both Saudi Arabia and Iran are at odds over these hotspots in the Middle East. And because of these complexities, Pakistan was reluctant to take sides. Against this backdrop, questions are now being raised as to what were the circumstances that prompted the government to change its policy on the issue.

Officials familiar with the development told The Express Tribune that Riyadh has agreed to incorporate Pakistan’s suggestions in order to make the alliance broad-based and dispel the impression about its sectarian outlook.

Gen (retd) Raheel has already conveyed to Saudi authorities that he should be given complete freedom on how to run the alliance. He is also thought to have mooted the idea of inclusion of Iran into the military alliance.

One official said Pakistan had informed Iran about its decision of allowing Raheel to lead the alliance. For this purpose, Prime Minister’s Adviser on Foreign Affairs Sartaj Aziz travelled to Tehran in February and took the Iranian leadership into confidence.

Tehran is wary of the Saudi-led alliance, though. In late January, Allaudin Boroujerdi, the head of Iranian parliament’s committee on national security and foreign policy, visited Pakistan and when asked whether his country would join the Saudi alliance, he had alleged that the Saudi move was only meant to ‘kill innocent people in Yemen’. “Therefore, no one would like to become a part of such a coalition.” he told a news conference in Islamabad.

The initial reaction from the opposition suggests the government is going to face tough time in and outside parliament. “Pakistan cannot afford to enter into any intra-Muslim states’ power games, especially those with sectarian overtones,” said Pakistan Tehreek-e-Insaf’s senior leader Shireen Mazari.

She said the government was undermining parliament’s resolution on Yemen by allowing Gen (retd) Raheel to head the Saudi alliance. “Parliament doesn’t want Pakistan getting even remotely involved in any conflict that has or could have sectarian undertones,” she added.

The reaction from the Pakistan Peoples Party was also swift.

PPP’s Secretary General Farhatullah Babar told The Express Tribune that Sartaj Aziz had agreed to take the Senate into confidence about the implications of such a foreign policy decision when the news first came in January.

“I hope the adviser will take the house into confidence and explain the circumstances and reasons under which this extraordinary decision has been taken,” he added.

There were no details available yet about the government’s decision but officials privately insist that there is no policy shift. They claim that as agreed in parliament’s resolution, Pakistan would not send ground forces to any other Muslim country.

Defence Analyst Lt Gen (retd) Talat Masood hopes the government would stick to its historic approach and not join any alliance at the expanse of its relationship with other Muslim countries namely Iran.