A journey from childhood via digital collages

A journey from childhood via digital collages 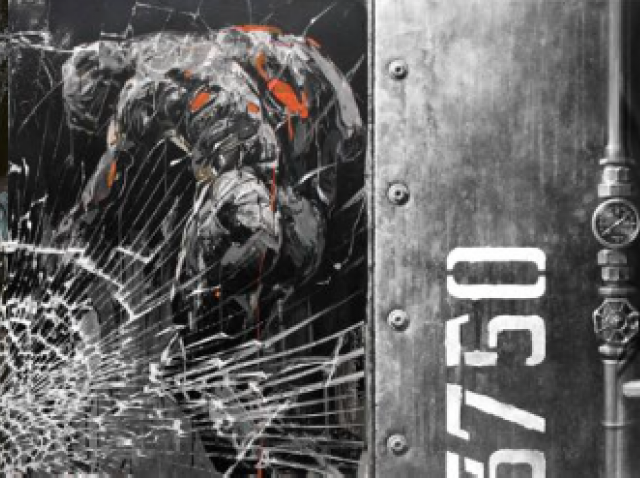 The artist says he does not paint, he only enjoys making collages. PHOTO: COURTESY FARAAR GALLERY

‘Monument Valley’ is the title of a series of digital collages that Chenin started four-years-ago. He has divided his work into seasons, with season one containing 16 pieces and season two and three, which are currently on display at Faraar Gallery at T2F, containing 20 pieces of work. Each season is marked by different themes and styles of collages.

Chenin said he was never fond of painting and instead used China ink and Rotring pens when he was younger to create collages with the help of newspapers and cartoons. He was not interested in drawing, only in creating collages. This series of artwork was a patchwork of moments and sensations from Chenin’s childhood.

Chenin created the collages as a memoir of his childhood. PHOTO: COURTESY FARAAR GALLERY

This journey of childhood is represented in the art exhibition, which brings the collage work closer to American pop art themes of the 1950s and 1970s. In the artwork there are intimate themes, as well as massive open spaces depicted on the canvas, which are always majestic.

“The digital collages that I am presenting were made and designed by me. I have been doing collages for many years,” said Chenin. “For me it’s a medium of expression which is close to writing. Images are words; images are put together in my collages like sentences. Maybe they narrate stories. Everyone can interpret them as they like,” he explained.

“I don’t have a particular message to spread. I am first of all a writer and soon I will be publishing a book in English. It is a book which draws inspiration from the city of Karachi,” he said. “The collage work is an extension of my writing in a way. The world of images and the world of art are full of raw materials for making collages. One should know how to detect them, associate them and construct new interpretations of the world and sentiments through collages,” said Chenin.

Starter forum: Young and old come together for art show

“‘Monument Valley’ is a body of artwork by Jean-Francois Chenin. It consists of collages which he creates digitally and then prints on canvas,” explained Fiza Khatri, Gallery Manager at T2F. “Chenin draws upon his literary and visual interests and influences to create new compositions. The act of reconstituting these sometimes disparate elements allows him to create new narratives in which reality and fiction exist together,” she said.

Speaking about the gallery, Khatri said, “Faraar Galleryi, a project of PeaceNiche which shares its space with T2F, is committed to providing artists with the resources to exhibit their work”.  Chenin exhibited the first part of his Monument Valley series at Faraar Gallery in September 2014, she said. “Faraar Gallery believes in creating lasting relationships with our artists and continuing to be a space that promotes exciting new artwork of all kinds,” explained Khatri.

He has drawn inspiration from literature as well as American pop art. PHOTO: COURTESY FARAAR GALLERY

The collages are dedicated to the memory of Sabeen Mahmud, the late director of T2F. “I met Sabeen five-years-ago when I arrived in Karachi as the director of Alliance de Française. We became friends very quickly and exchanged views on the work of directors of cultural centres,” recalled Chenin.

“Sabeen’s vision was universalist, feminist and humanist. It is for this reason that we became friends. The cultural objectives of T2F and Alliance de Française are not completely identical but we shared the same objectives of ‘giving a voice’ to creative persons, to the youths, intellectuals and to creativity in general,” he said. “For Sabeen, as for me, a world which does not create anymore, a world which does not speak up for defending the values of humanism and fraternity is a world which is impoverished. And we don’t want that to happen,” said Chenin.

The exhibition will open today at Faraar Gallery and will continue till April 1. Proceeds from the sale of the artwork will go towards both T2F and Alliance de Francaise Karachi.