Blasphemers are enemies of humanity, will not be tolerated: Nisar

Blasphemers are enemies of humanity, will not be tolerated: Nisar 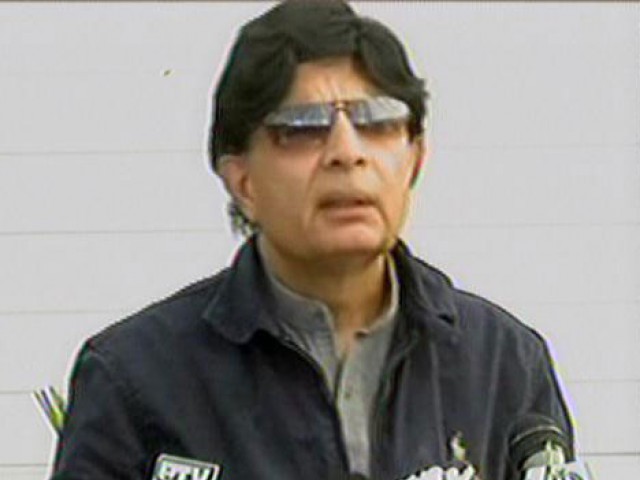 Interior minister Chaudhry Nisar has said that the authorities will do everything possible to take action against blasphemers.

“We will take action against those involved in blasphemy and take this matter to a logical conclusion,” Nisar said on Thursday while addressing a press conference in Islamabad.

“Those committing blasphemy are the enemies of humanity,” Nisar said and added that several posts on social media had been blocked.

Nisar, however, urged calm over the issue saying that complete removal of the contend depended upon cooperation by Facebook, twitter and other social media platforms.

“The content uploaded within the country can be removed as it is within reach of the Federal Investigation Agency (FIA) and other intelligence agencies.” However, removal of such content entirely isn’t possible unless we have the cooperation of the social media platforms, he added.

Nisar said that the issue relates with the entire Muslim world and requires due measures.

“Muslim countries should decide a joint action against the presence of such content online,” the minister said, hinting that Pakistan can spearhead such a campaign.

Nisar said that government has started taking action against those uploading blasphemous content within the country. “We have shortlisted 11 people,” he said. “Five of these suspects have been called for questioning.”

“I will request the media to treat this matter with sagacity and take the nation into the right direction.” We cannot spare the ones responsible for the act, but we must also ensure that no innocent person receives punishment, he said.

“If required, we will bring back anyone who committed such an act and went abroad,” Nisar added.

The minister said he will keep the nation updated of the developments.

Military courts back in sight as PPP budges