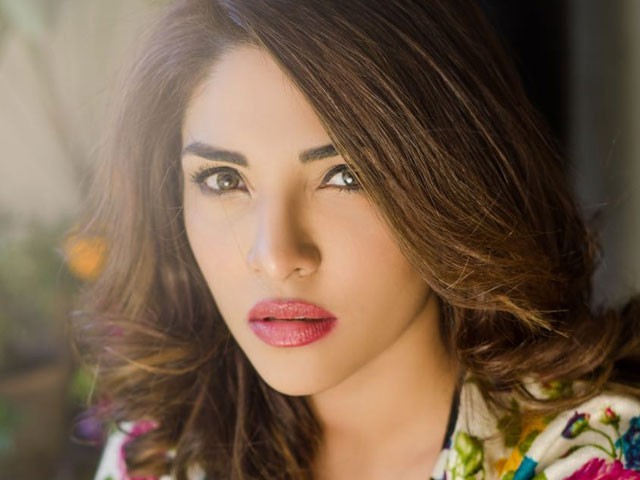 For all Pakistani drama fans, Zhalay Sarhadi may be ‘the’ household name. But unlike most of the other television stars, we haven’t seen Sarhadi dive head on into the film industry. With only three film projects since the ‘revival’ of cinema, the Jalaibee actor has been quite careful in what she chooses to work on.

The fans are all set to watch her grace the silver screen in the upcoming flick Chalay Thay Saath, alongside Syra Shehroz, Kent S Leung and Faris Khalid.

“Between Jalaibee and Chalay Thay Saath, I’ve rejected nine films,” Sarhadi told The Express Tribune. “I want to explore my acting skills and talent and most of the roles offered to me were very much inspired from Bollywood.”

As to what finally made her accept the Umer Adil directorial, she said, “It was the most original script that had come my way so far. Chalay Thay Saath is fresh, youthful and energetic.”

Sarhadi plays the character of Alina in Chalay Thay Saath. She explains the character as someone who is just living life to the fullest. “Alina is someone who has seen setbacks in life. So, she takes a break and sets out to find herself through a trip to Hunza, and then she meets Faraz (Khalid’s character). Hers is a very cathartic journey. She is stepping back and reflecting on her life.”

Zhalay Sarhadi: The glamour girl of the ramp

As far as her experience working on the film goes, Sarhadi was anything but ecstatic. “It was an amazing experience. Mansha Pasha is one of my best friends and we were already planning to embark on a trip up north. So, the film provided us with that opportunity. And then, of course, it’s great when the team, especially the director, you work with has done their homework and know what they want. That’s why it was a lot of fun working on the film.”

Apart from Chalay Thay Saath, Sarhadi is working on three other film projects this year. Regarding her characters in upcoming films, she said, “All I can say at the moment is they will be very different from Alina.”

Sarhadi has acting in her blood, with her family, including her uncle Khayyam Sarhadi and grandfather Zia Sarhadi who were also involved in the entertainment industry of their eras. But for her, joining the industry was not the matter of carrying on the family legacy.

“It’s about my personal gratification. I always knew I would go on to work in the industry. Of course, it was relatively easy for me because this business was already in the family. Not that I have a chip on my shoulder, but I just want to do things and enjoy working.” she said.

Family legacy on one side, but her foray into cinema has been interesting so far. Talking about her transition from television to films, Sarhadi said both were quite different in terms of the production phase and how, in films, there was more time to get into and understand the character, which is why she preferred films over dramas.

Asked how she felt about the television actors taking on films, she said, “Of course, every industry needs fresh new faces at one point. But when you’re working anyway, I believe an actor should deliver the performance with full conviction.”

Mark Zuckerberg to finally get his Harvard degree