Rescue­rs say some victim­s were asleep while others were prepar­ing to leave for work in the mornin­g
By Our Correspondent
Published: March 12, 2017
Tweet Email 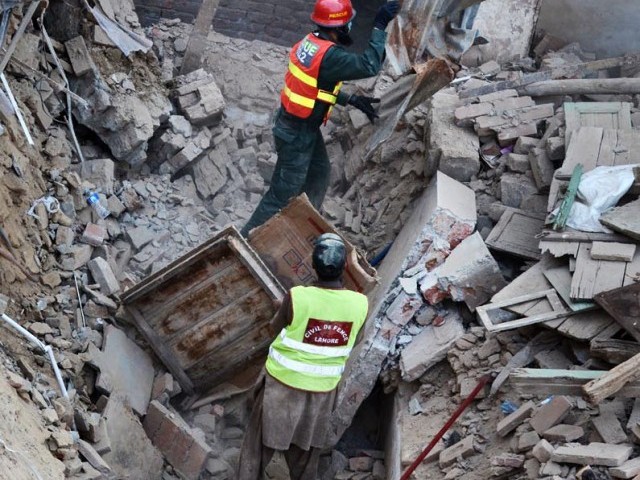 LAHORE: Six members of a family, including a minor girl, were injured in a roof collapse in Manawan on Saturday. Rescuers said some victims were asleep while others were preparing to leave for work in the morning when the roof of the house caved in. The neighbours called the rescue service, which shifted the injured to the Services Hospital. The victims were identified as Naseem Yaqeen, 35, her three-month-old Areeba Yaqeen, her brother Azeem Yaqeen, 18. Iqra Shahid, 17, Kainat Mushtaq, 27, and Noraan Amin, 45. Rescue 1122 said the roof collapsed as it was in a dilapidated condition.