India-Pakistan tensions: US general warns isolation may cause problems

India-Pakistan tensions: US general warns isolation may cause problems 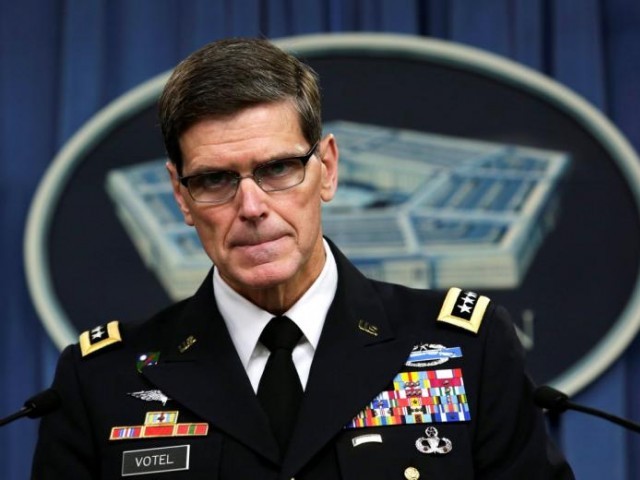 A top US general on Thursday warned that India’s attempt to diplomatically isolate Pakistan was impeding chances of improvement in relations between the two countries.

“India’s public policy to ‘diplomatically isolate’ Pakistan hinders any prospects for improved relations,” General Joseph Votel said at a hearing on the US Central Command before the Senate Armed Services Committee.

The US general said, “This is especially troubling as a significant conventional conflict between Pakistan and India could escalate into a nuclear exchange, given that both are nuclear powers.”

General Votel said the US continues to see “ongoing tensions between Pakistan and India” as “India remains concerned about the lack of action against India-focused militants based in Pakistan.”

“[India] responded militarily to terrorist attacks in India-held territory earlier this year,” he added. “These types of attacks and the potential reactions, increase the likelihood for miscalculation by both countries.”

The US general said that the requirement for an increased attention on Pakistan’s eastern border “detracts from its efforts to secure the western border with Afghanistan from incursion by Taliban and al Qaeda fighters.”

“Security along the western border will nevertheless remain a priority for Islamabad, as the Pakistani military seeks to expand border control and improve paramilitary security,” General Votel added.

The Centcom commander also alleged that 20 US-designated terrorist organisations operate in the Pak-Afghan sub-region and that “seven of the 20 organisations are in Pakistan.”

“So long as these groups maintain safe havens inside Pakistan they will threaten long-term stability in Afghanistan,” he said.

Despite recent constraints in relations between Pakistan and Afghanistan, the top US general appreciated “promising coordination” between militaries of the two countries.

“We look forward to continuing our engagement with the Pakistani military leadership, to include the new Chief of the Army Staff General Qamar Javed Bajwa in the days ahead as we work together in pursuit of shared interests,” he said.

The US general maintained that the new US government was encouraged by the military operation Raddul Fasaad “in which they set up simultaneous multiple blocking positions along the Afghanistan-Pakistan border in order to reinforce ANDSF efforts to disrupt Islamic State-Khorasan activities.”