‘Every third child in Sindh is out of school’

‘Every third child in Sindh is out of school’ 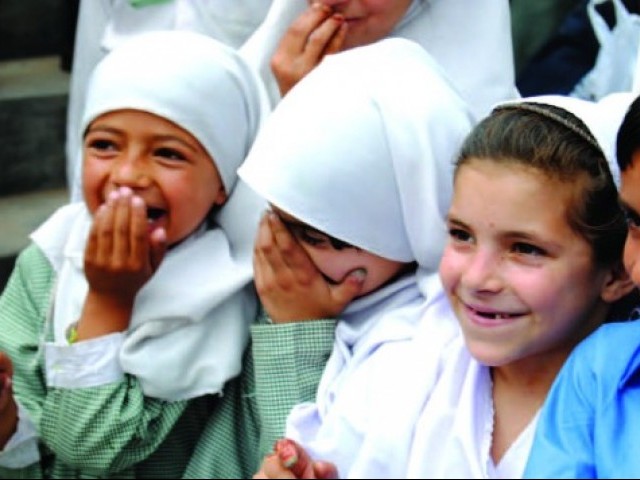 Education secretary says teachers do not want to be stationed outside the city.

Every third child in Sindh is out of school even though school enrolment in Sindh is four per cent higher this year, said the education secretary.

Naheed S Durrani, the secretary for the department of education and literacy, was speaking at a seminar titled ‘Empowerment through girls’ education in contemporary Muslim societies’ on Saturday.

Of those listed as literate in the country, 33 per cent can read one sentence, 21 per cent can read a story and 27 can calculate two-digit subtractions while only 13 per cent can work on three-digit division problems. These are not government statistics, Durrani clarified. During the seminar, she wished to present herself as a member of the civil society rather than a bureaucrat.

With the present situation, it seems “highly challenging” to meet the Millennium Development Goals of the universal completion of primary education and elimination of gender parity in education, she said.

During the secretary’s presentation, a slide read that there are a total of 11 million school going children in Sindh but only 6.4 million are enrolled in schools. The total number of schools was listed as 49,605 with 150,000 teachers. And of the Rs70 billion budget, 85 per cent is spent on salaries, Durrani said.

Referring to the challenges of teaching, Durrani said that lecturers, professors and teachers do not want to be stationed outside the city. In fact, most even refused to take courses in Malir and Ibrahim Hyderi, she added. Clearly frustrated with the lack of due diligence by some teachers, she said that when show-cause notices were issued and action was taken against them the teachers started protesting, only to be supported and covered extensively by the media.

Durrani said her department is trying to achieve a merger and consolidation between schools to ensure accountability of teachers and other resources. She also endorsed greater administrative autonomy in which school headmasters will make the final call when hiring staff members. This will also help eliminate teachers, who are not appointed on merit but rather through influential means.

The secretary accepted that the socio-economic context for Sindh and Balochistan has been tougher than other provinces especially with the floods. On scarcity of jobs, she defended her department by saying that the education department is not a recruitment agency and its job is to educate and not create jobs.

Educationist and teacher trainer Abbas Husain said there are six major influences for girls’ education in Pakistan. First, her family and the ‘muhalla’ she lives in; second, the political environment of her country and the laws on education; third, her school and its curriculum, which should be free of gender biases; four, her office space in which many positions allotted for women are occupied by men; five, the role of religious institutions that limit the role and growth of women; and six, the media, which presents women as showpieces and trophies in advertisements.

Talking to The Express Tribune about her personal experience, columist Zubeida Mustafa said that she noticed a stark difference in education when one of her daughters did her O’ Levels and the other one did Matric. “Frankly, private schools do not represent the state of education in the country,” she said.

She supported the need for a balance in the standard of education between private and public schools and said that the decline began with the start of nationalisation. “Private schooling is very expensive. Some years ago, I calculated it to be one-fourth of the budget of a double-income household with two children. Now I expect it to be a bigger chunk.”