A good end to a bad idea

A good end to a bad idea

The write-off hullab­alloo was a bad idea becaus­e it catere­d to the populi­st percep­tion that an unpaid loan is a crime.
By Feisal H Naqvi
Published: March 20, 2011
Tweet Email 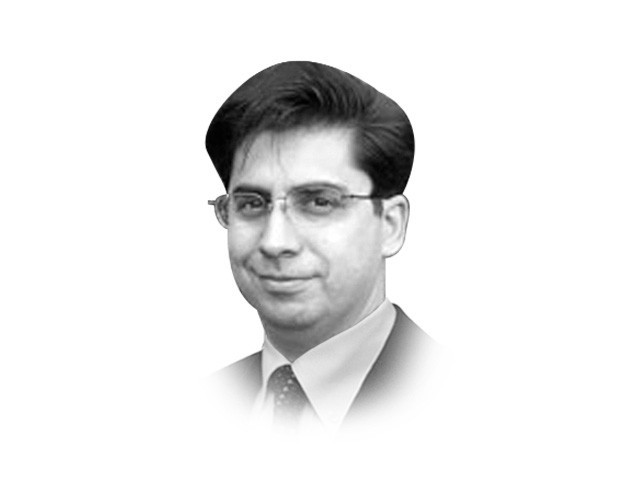 The writer is a partner at Bhandari, Naqvi & Riaz and an advocate of the Supreme Court

The Supreme Court’s investigation into all loan write-offs since 1972, recently came to an end when the court announced that the question as to whether or not any write-offs were politically motivated would be examined by a three-member committee headed by Justice (retd) Saleem Akhtar.

The decision to khudday line the problem into a committee makes sense because the investigation into loan write-offs was, from the very beginning, a bad idea.

It was a bad idea, firstly, because this was not a task that the Supreme Court could handle. Over the past 40 years, there have been, not just thousands, but tens of thousands of cases in which banks have written off loans. Each loan write-off involved a factual judgment call made by the bank in question that there was no more blood to be wrung out of that particular stone. Is it possible that some of those write-offs were politically motivated? Absolutely! But how were you going to find those particular needles in a vast haystack of instances? Was the Supreme Court going to carry out a factual inquiry in each and every case to determine whether or not there were other properties which could have been sold? Was the Supreme Court going to carry out a cost-benefit analysis of each instance to determine whether or not the write-off was made for ‘mala fide’ reasons? If so, what about all the other issues and cases requiring court attention?

It was a bad idea, secondly, because there comes a point in time when we have to let bygones be bygones. Yes, we went through a period of time — essentially 1974 to 1994 — when, in many cases, political power was grossly abused for material gains. But trying to peek through the murky remnants of decades-old financial documents leads nowhere. These deals are now dead and buried. Interring their bones would do no good. If the companies which got the write-offs went on to prosper, the write-offs were worth it. And if they died notwithstanding their write-offs, then what further purpose would have been served by stretching their desiccated remains on the rack?

Let us also remember that we have already been down this particular road to nowhere. In 1999, some fool sold the NAB law to General Musharraf and a whole organisation devoted to tracking down fraudulent write-offs was born. Did it succeed? Short answer, no. That would be why the NAB law was amended to allow the State Bank of Pakistan to ride herd on the NAB cowboys.

In any event, the root of the problem was not the fact that loans got written off but the fact that the nationalisation of banks by Bhutto Sr. had put politicians in charge of the banking system. That original sin has now been fixed with the privatisation of the major banks (MCB and ABL in 1991, UBL in 2002 and HBL in 2004). So, if banks lose money on bad write-offs, it is no longer the government’s problem or even ‘the people’s’ problem: It is the bank’s problem, or more correctly, the bank’s shareholders’ problem.

The write-off hullaballoo was also a bad idea because it catered to the populist perception that an unpaid loan is a crime. Unfortunately, it is a cold, hard fact of nature that businesses make money by taking risks. Sometimes the risks work out well and sometimes they work out badly. But the reason why banks charge interest on loans — oops, pardon me, mark-up — is so that they make enough money from the good loans to cover the losses from the bad loans. Those losses are an inevitable fact of doing business. They are to be minimised, but they are necessary and unavoidable. If anything, it is our idiotic obsession with minimising default risk which makes doing business so problematic in this country.

Let me explain. Suppose you have identified a promising business opportunity. Like many entrepreneurs, you need to borrow money. But if you go to a bank, they will force you to back up the loan, not just with property, but with a personal guarantee. Which means that if you fail, you lose not just your investment but, quite literally, the shirt off your back. And, thanks to the NAB law, a default could land you in jail for 14 years, even if it occurs despite your best efforts! Now, tell me, how many risks would you be willing to take?

This is not a minor issue. A failure to allow risks in business is much the same as a failure to allow business. The single most important legal step in business history was the development of the limited liability company. The reason is that this development let people put a cap on their risks, so that if the business went belly-up, the investors lost the value of their investments, but no more. This in turn produced a flood of investment which in turn led to, in aggregate and over time, far greater prosperity for all. In Pakistan, we have effectively destroyed the concept of limited liability and the consequences of that are evident for all to see.

The final point is that there is no cosmic unfairness in the fact that small defaulters get no respite from bad loans while big defaulters are able to finagle deals: That is inherent in the nature of business. To paraphrase Keynes, if you owe the bank a thousand dollars, you have a problem. But if you owe the bank a billion dollars, then the bank has a problem. Yes, from the perspective of the small defaulter, that sucks. But, to repeat, that’s business. Get over it. Or come back when you have figured out how to rewrite the laws of finance.

The views presented are not those of his firm