Iconic Ferozsons store itself now a part of history

Iconic Ferozsons store itself now a part of history 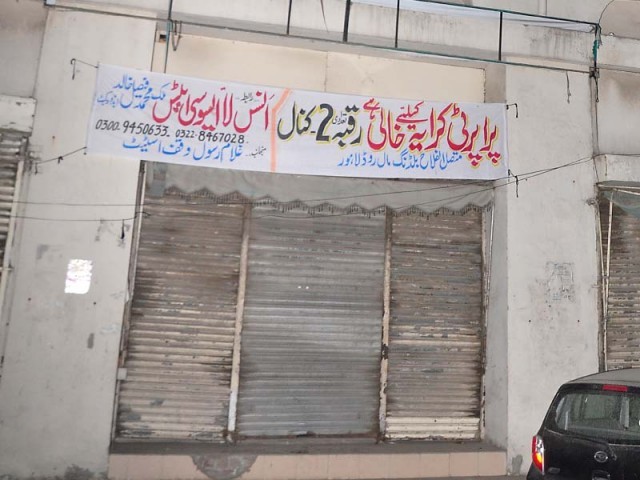 Ferozsons’ store on The Mall was established in 1894. PHOTO: EXPRESS

LAHORE: The closure of the iconic Ferozsons bookstore at The Mall marks the end of an era for a city that has thrived on literature and history for centuries — and most of all loved reading about it.

Although the store closed its doors in January, the owners have finally admitted that the space will no longer serve as a haven for book lovers.

The telltale “for rent” sign on the colonial-era Ghulam Rasool building is a clear indicator that the board of Ferozsons (Pvt) Limited will no longer grace the structure.

Ferozsons has now established stores throughout the city; however, this iconic branch will always hold a special place in the hearts of booklovers. Established in 1894 by founder Maulvi Ferozuddin, Ferozsons became a central point for students, teachers and booklovers since its inception.

Keep the clock ticking: A ray of hope for the historic Mayo Hospital

The store was established after the print industry started moving to Lahore in the late 1800s when Ferozsons established its name as a leading publisher of Urdu books.

In the summer of 2012, the historic bookstore survived a blaze which raged on for days and caused losses worth an estimated Rs150 million. The fire erupted on May 30 and caused the wooden roof of the building to collapse.

Within a month of the inferno, the bookstore again opened its doors to the public. The management made temporary arrangements and restarted sales on June 27, 2012 with a five-member team managing it. However, the building itself took months to get restored to its former glory.

Stroke of a brush: Of ‘heroes and history’ humourously

Playwright and novelist Amna Mufti remembers the shop fondly. She says when the printing industry started its business in Lahore, Ferozsons was among the first to emerge and its store turned into an icon.  “We used to go there with my father and buy storybooks and cartoon cutout books etc. I remember on the last day of school, I used to go to Ferozsons and I still remember the smell of the books and the environment. When I heard some years ago that the store burnt down, I felt like my childhood had gone up in smoke.”

She says that The Mall in general and Ferozsons, specifically, are of great historic significance as the latter a meeting point for the intellectuals of yore.

When asked if the closure of the store marks a decline for Urdu literature, she replies the readership still exists. “However, the reason is the way publishers have treated writers. Over time, writers were unable to sustain a living and more of them turned to the English language as it seemed more lucrative.”

He adds the closure is a big loss for the city. “Our relationship with literature is getting weaker by the day and we are now engaged in electronic devices. We have forgotten the feel of a book.”