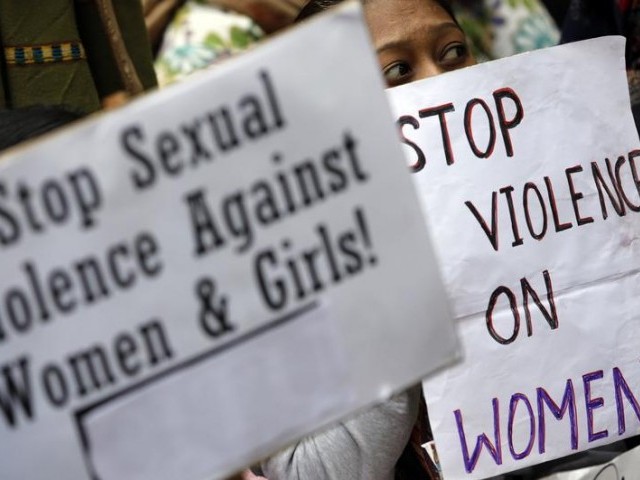 LONDON: From Lebanon where a rapist can escape punishment if he marries his victim to India where rape within marriage is legal, bad laws are underpinning a global “epidemic of sexual violence”, legal experts said on Monday.

A survey of laws in 73 countries found rapists could avoid punishment if they married their victim in at least nine jurisdictions, including Bahrain, Iraq, Philippines, Tajikistan and Tunisia.

Marital rape is permitted by law in at least 10 of the countries studied by campaign group Equality Now, including Ghana, Lesotho, Oman, Singapore and Sri Lanka.

In four of these, marital rape is even allowed when the “wife” is a child and the marriage illegal, researchers said.

“We are challenging governments to take a good hard look at their laws and whether or not they are protecting girls from sexual violence,” said Antonia Kirkland, head of the group’s legal equality programme. “We want governments everywhere to transform their laws and policies, firstly to prevent sexual violence, and secondly, if it does happen, to provide better access to justice for the victims.”

UN data suggests a third of women worldwide have suffered sexual or physical violence, and one in 10 girls have been raped or sexually assaulted.

“Unless governments fix their laws on rape and sexual assault and implement them effectively we are unlikely to see an end to the worldwide abuse of women and girls any time soon,” Equality Now’s executive director Yasmeen Hassan said in the report launched on International Women’s Day.

The group, which is writing to every jurisdiction examined in the report, said sexual violence prevented girls realising their potential and had drastic effects on communities and the broader economy.

The research – assisted by the International Bar Association – also highlights laws that allow perpetrators of sexual violence to walk free on reaching a settlement.

In a recent case in Somalia that made international headlines, a group of teenage boys who posted a video online of themselves raping two girls tried to avoid jail by paying for their crime in camels.

Campaigners said laws that allow rapists off the hook don’t just deny justice to their victims, but send a message that rape is not a serious crime and can be bargained away.

“It sends a signal from the highest level of society that it’s okay for women and girls to be violated,” Kirkland told the Thomson Reuters Foundation.

She said reforming laws could help change wider social attitudes. “We really believe that laws are the first step and they can transform social mores,” she added. “Without equality in the law it can be very difficult to change the mindset.”

The report also analyses laws that undermine the investigation or prosecution of sexual assault, including those requiring witness corroboration or overly burdensome evidence. In some countries a woman who reports rape can even end up being punished for breaking laws against extra-marital sex if she cannot prove she was assaulted.

The report highlights a recent case in Lebanon where a 24-year-old man who raped a 12-year-old girl tried to marry her to avoid punishment.Although her parents declined, they have not pushed for his prosecution, and because of the social stigma surrounding rape victims they have betrothed the girl to a relative.

Morocco overhauled a similar law in 2014 following the suicide of a 16-year-old girl and the attempted suicide of a 15-year-old who were forced to marry their rapists.