Zalmi skippe­r makes the claim in a video featur­ing him in conver­sation with Younus Khan
By Sports Desk
Published: March 5, 2017
Tweet Email 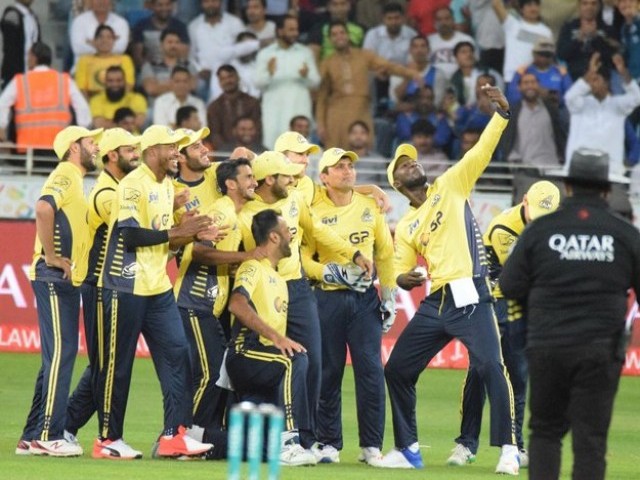 Peshawar Zalmi skipper Darren Sammy is considered to be one of cricket’s finest entertainers, both on and off the field and he has lived up to his reputation, saying in a recent video that all Peshawar players will shave their heads if Zalmi win a historic Pakistan Super League (PSL) final against Quetta Gladiators today.

Sammy, speaking to Younus Khan in the video, asks the Pakistan Test legend whether he likes his bald head and beard. Upon receiving an answer in the affirmative, Sammy makes the bold claim. “If Peshawar wins the final then all Zalmi players will shave their heads,” says a smiling Sammy.

“Even the boss,” he adds, pointing to Peshawar owner Javed Afridi, who vehemently shakes his head as if to say please no.

Peshawar faces Quetta Gladiators in a match that promises to be a thriller as the PSL finally comes home, with the final taking place in front of a sold-out Gaddafi Stadium in Lahore.