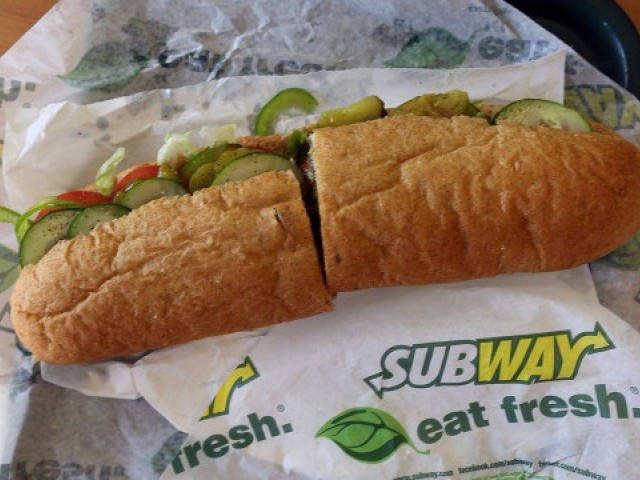 Is a Subway sandwich your staple lunch? You may be in for a surprise.

You might have thought chicken is the healthiest choice when ordering a Subway sandwich; however, an investigation by CBC Marketplace into what’s in the meat might leave you unsettled.

The DNA analysis of the poultry served in various grilled chicken sandwiches found that the chicken served in two Subway sandwiches only contained half chicken DNA.

Why you need to stop eating avocados immediately

After testing the poultry in six popular chicken sandwiches, DNA researcher at Trent University’s Wildlife Forensic DNA Laboratory, Matt Harnden found that most of the meat had “very close” to 100 per cent chicken DNA.

Subway’s results were such an anomaly that the team tested them again. Five new oven roasted chicken pieces and five new orders of chicken strips were tested, following which the team averaged the results. The oven roasted chicken had 53.6 per cent chicken DNA, and the chicken strips scored merely 42.8 per cent chicken DNA. The remaining DNA was Soy, the investigation found.

While fast food samples aren’t expected to meet 100 per cent chicken DNA score due to seasoning and processing, Subway’s score is alarming. However, Subway does not agree with the test results.

“Our recipe calls for one per cent or less of soy protein in our chicken products.”

Subway further added that the findings are “absolutely false and misleading,” and demanded that CBC withdraws its claim. The chain says its sandwiches comprise 100 per cent white meat with seasonings. However the ingredient list it forwarded to CBC News lists soy protein as a constituent of the chicken.

This article originally appeared on CBCnews