Anti-IS operations in Syria will eventually center on Raqa 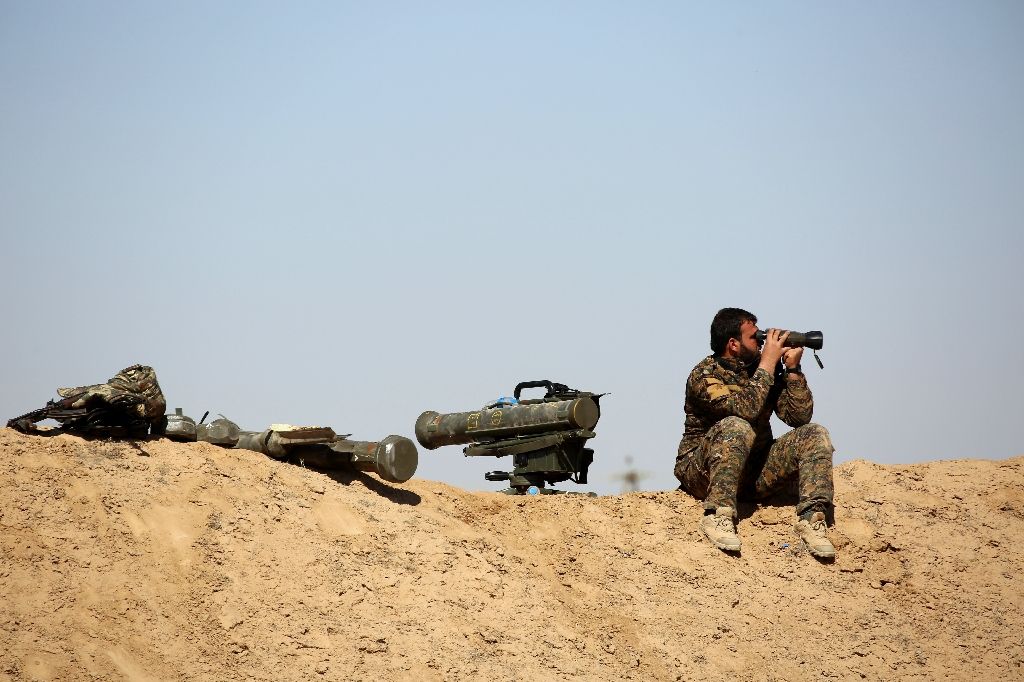 Russian warplanes bombed US-backed fighters in several small villages in northern Syria after they mistakenly thought Islamic State group forces were in the area, a US general said on Wednesday.

Army Lieutenant General Stephen Townsend said Russian and Syrian regime aircraft attacked the villages to the south and east of Al-Bab in Aleppo province on Tuesday, resulting in an unspecified number of casualties.

The Russians apparently had observed IS fighters moving from the area and wrongly assumed that other forces remaining were militants.

"We had some Russian aircraft and regime aircraft bomb some villages that I believe they thought were held by IS, yet actually on the ground were some of our Syrian Arab Coalition forces," Townsend told reporters in a video call from Baghdad.

The SAC forms part of a broader alliance called the Syrian Democratic Forces (SDF) comprising Kurdish and other groups that the United States has been training and advising to lead the anti-IS fight.

US troops operating less than five kilo meters from the villages observed the bombing and communicated the error, which was then passed to the Russians through a "deconfliction" hotline the two powers have established to avoid mishaps.

"It became apparent that the strikes were falling on some of the Syrian coalition positions," Townsend said. "Some quick calls were made to our deconfliction channels and the Russians acknowledged and stopped bombing there."

"During these talks, the US Air Force representative expressed concern that Syrian and Russian airplanes could inflict an unintended strike on US-controlled armed groups while carrying out combat missions against (IS) south of Manbij," the Russian ministry said in a statement.

"This information was taken into account by the Russian command. Not one strike was carried out by Syrian or Russian aviation on the districts pointed out by the American side."

About 500 US troops are in Syria, almost all of them special operations commandos. Their role is currently limited to advising local forces and staying behind front lines.

Hardly straightforward to begin with, the anti-IS fight in civil war-torn Syria is growing ever more complex. Russia is using air power to prop up the regime of President Bashar al-Assad but also sometimes strikes IS. Turkey has moved into northern Syria and is battling IS while also trying to keep US-backed Kurdish forces in check. And America is trying to support the Kurds while not alienating ally Turkey.

"It's a very complicated battlefield situation where essentially three armies and an enemy force have all converged within the same grid square," Townsend said. "Everybody should keep their sights focused on IS and not fighting deliberately or accidentally one another."

Anti-IS operations in Syria will eventually center on Raqa, the supposed capital of the "caliphate" that IS declared in 2014.

Given the political sensitivities, questions abound on the extent to which Kurdish forces would be involved in the offensive and whether they would enter the city.

Townsend said he expects the Kurds to take part in the Raqa offensive "in one form or fashion."

Separately, Townsend said between 12,000 and 15,000 IS fighters remain in Iraq and Syria, an indication of a significant dwindling of the militants' forces.

The US military only provides periodic updates on estimates of IS fighters but in 2015 and 2016, the Pentagon put the number at between 20,000 and 30,000 in the two countries.

Townsend said the remaining forces are split about equally between Syria and Iraq, and are still able to cross the border. 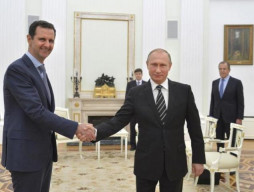