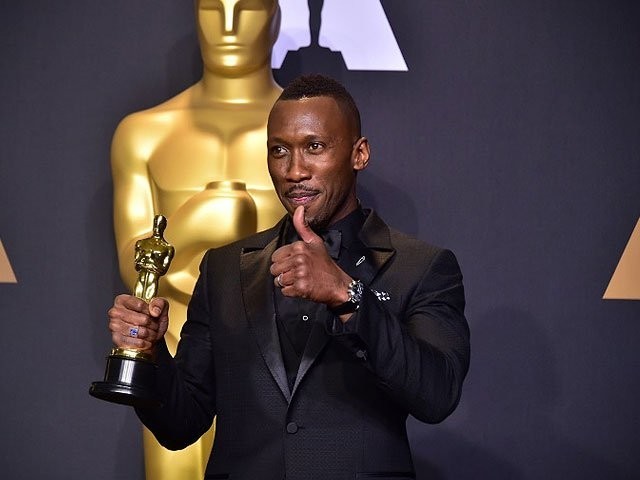 Mahershala Ali poses with the Oscar for best actor in a supporting role on February 26, 2017. PHOTO: AFP

Controversy arose in Pakistan after Mahershala Ali — who won the best supporting actor Oscar on Sunday for his portrayal of a drug dealer in coming-of-age drama “Moonlight” — was given the title of the first ‘Muslim’ film star to pick up a golden statuette.

Pakistan’s Permanent Representative to the United Nations Maleeha Lodhi was forced to delete a congratulatory tweet when people on Twitter began pointing out that Mahershala Ali was an Ahmadi.

Article 260-3 of Pakistan’s Constitution declares Ahmadis “non-Muslims”. The amendment made this exclusion legally in that the phrase “for the purposes of the constitution or law” was used when rendering them non-Muslims.

The world's first Muslim actor to win an Oscar, Mahershala Ali, is an Ahmedi. Remember that, Pakistanis who want to claim his win.

@BinaShah u r right, we do wanna claim his win, but our UN Ambasaddor Maleeha Lodhi doesnt wanna claim.

A minute silence for those Pakistani media outlets who played and then rolled back Mahershala Ali's Oscar win as "First Muslim Actor" pic.twitter.com/h5gMV61nTj

Muslims must understand this fact about #MahershalaAli's #Ahmadiyya Muslim identity and appreciate his strength even more! pic.twitter.com/Uyue27sysj

Wonderful Mahershala Ali wins #Oscar. Sadly, many Muslims won't consider it their victory because he's from the persecuted Ahmadiyya sect

“I want to thank my teachers, my professors,” Ali said. “One thing that they consistently told me… ‘It’s not about you. It’s about these characters. You are a servant. You’re in service to these stories and these characters’.”

He thanked his fellow cast members — and his wife, who gave birth to their first child, a baby girl, just days earlier.

Barry Jenkins’s “Moonlight” tells the life story of a young African-American struggling to find his place as he grows up in a rough neighbourhood of Miami.

Muslims have won Oscars in various categories over the years — including Pakistani documentary filmmaker Sharmeen Obaid-Chinoy and feature director Asghar Farhadi — but none has taken a statuette for acting.

Ellen Burstyn, who won a best actress Oscar in 1975, has practised a blend of Sufism and other religions since her late 30s but has said she considers herself a “spirit open to the truth” rather than a Muslim.