NEPRA report: No power distribution company performing up to the mark

Mahershala Ali poses with the Oscar for best actor in a supporting role on February 26, 2017 AFP / FREDERIC J. BROWN

Two black film stars took the early acting honors at the 89th Oscars on Sunday, which began with a salvo of jokes by host Jimmy Kimmel targeting US President Donald Trump.

Mahershala Ali won the best supporting actor prize for his turn as a drug dealer with a heart in coming of age drama Moonlight while Viola Davis took the supporting actress statuette for her work in family drama Fences.

Justin Timberlake opened the gala night -- expected to be dominated by musical La La Land -- with some upbeat music, and Kimmel then wasted no time putting the A-list audience in a political state of mind.


"This broadcast is being watched live by millions of Americans and around the world in more than 225 countries that now hate us," joked the 49-year-old Kimmel. 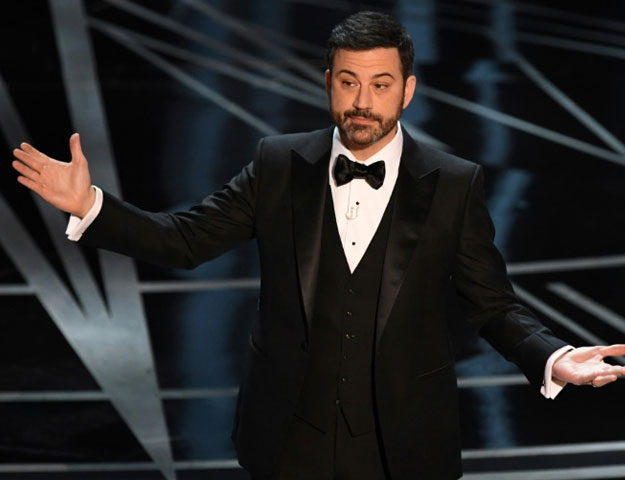 
The late-night comedian quipped that Trump, who pulled off a political upset win with his campaign that targeted immigration, had taken the heat off Hollywood and its annual gala.

"I want to say thank you to President Trump. Remember last year when it seemed like the Oscars were racist? That's gone, thanks to him," Kimmel said.

Five things to watch at this year's Oscars bash

This year's nominees have reflected a push by the Academy to reward diversity after the #OscarsSoWhite controversy of the past two years that prompted calls for a boycott of the annual bash.


Ali was a first-time nominee along with Moonlight co-star Naomie Harris, while Davis and her co-star Denzel Washington are both old hands, with 11 nominations between them and -- including Davis's triumph -- three wins. 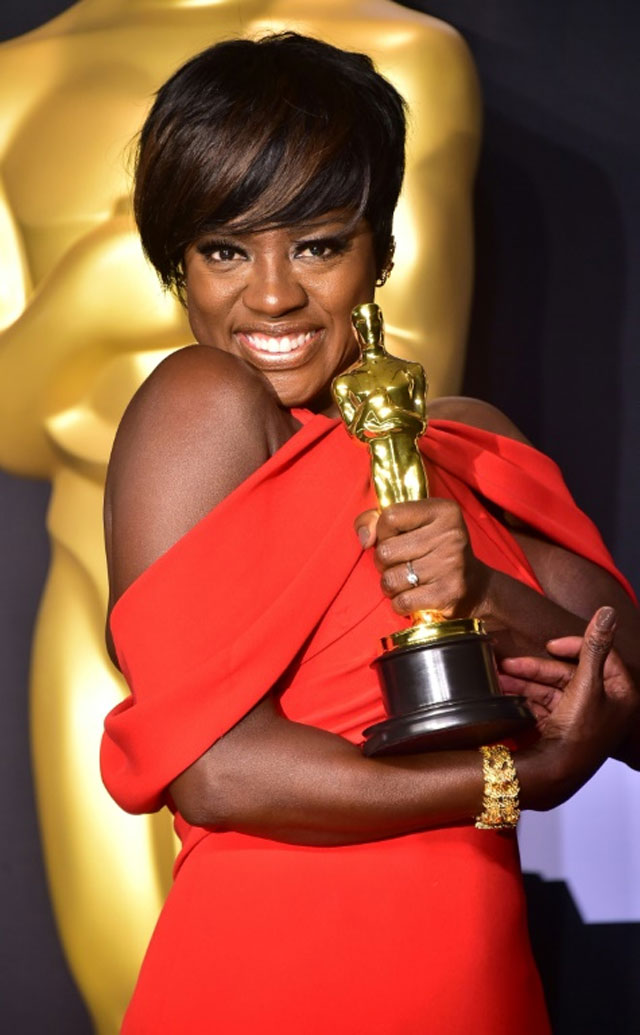 AFP / FREDERIC J. BROWNActress Viola Davis poses with the Oscar for best actress in a supporting role on February 26, 2017


La La Land, Damien Chazelle's glossy tribute to the all-singing, all-dancing Golden Age of Tinseltown's studio system is vying for more than a dozen statuettes, and many of its nominees are sure-fire winners -- if the oddsmakers are right.

The film, which stars Emma Stone and Ryan Gosling as an aspiring actress and a struggling jazz musician who fall in love in Los Angeles, has charmed critics the world over and returned more than 10 times its $30 million budget.

Gold Derby, a site that collates experts' awards predictions, had the musical as a clear favorite in many categories, including best film, director, actress, score and song.

Most of the awards for which La La Land is favorite were due to be announced later in the ceremony. It picked up a statuette for production design, but had lost out in the film editing, costume and sound editing and mixing categories by the halfway point.

Ahead of the ceremony, Tinseltown's A-list paraded down the red carpet at Hollywood's Dolby Theatre, with white, cream and champagne gowns emerging as a fashion favorite.

Lights! Camera! Action! Getting ready for the Oscars' red carpet

Many of the nominees had family members as their dates, with Dev Patel, Lucas Hedges and Lin-Manuel Miranda bringing their moms and Stone stepping out with her brother Spencer, who often accompanies her to awards shows.

The most intriguing race is for best actor, which for weeks looked like a lock for Manchester by the Sea star Casey Affleck until a late surge by Washington (Fences), who now has the momentum.

"It's pretty exciting. I've only been once before. I was a lot younger and I didn't fully appreciate the significance of it," said Affleck, 41, who was a losing best supporting actor nominee in 2008.

Stone is expected to bag her first statuette in the best actress category despite a late push from Huppert, but Gosling is not expected to do the same.

The Oscars is the highlight of the Tinseltown calendar, and wraps up two months of glittering prize galas.

This awards season, the popping of champagne corks has been muted by the tense political situation in the United States.

Trump's controversial (and now halted) travel ban led Iranian director Asghar Farhadi to opt out of attending -- but a statement from Farhadi was read when his The Salesman was named best foreign language film.

"Dividing the world into the US and 'our enemies' categories creates fear -- a deceitful justification for aggression and war," he said in the statement read by the Iranian-born US engineer and astronaut Anousheh Ansari.

The awards season has a long tradition of political activism, from Marlon Brando's Oscars snub in 1973 to Meryl Streep's rousing anti-Trump speech at this year's Golden Globes.

On Sunday, Kimmel made mention of Trump's retort that Streep was "highly overrated" -- by recalling her record 20 nominations, and urging everyone to offer her a standing ovation. The audience willingly complied.

'No need to panic' about monkeypox virus: expert

PIA Hajj operations to start from May 31