Who was respon­sible for the releas­e? What were the conces­sions made on both sides to facili­tate the releas­e?
By Ayesha Siddiqa
Published: March 17, 2011
Tweet Email 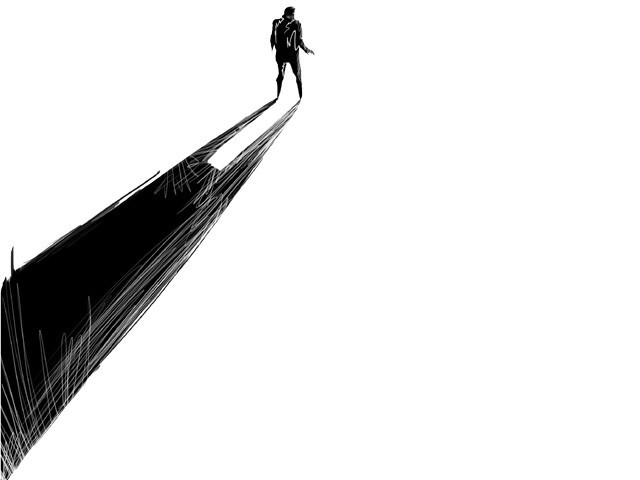 Who was responsible for the release? What were the concessions made on both sides to facilitate the release?

Raymond Davis was released on Wednesday and flown out of the country. A lot of people are asking if justice was done. The release raises two fundamental questions.

First, who was responsible for the release?

Second, what were the concessions made on both sides of the table to facilitate the release?

The future of Pakistan-US relations and geo-political developments in the region will depend on the nature of the final agreement.

The release was clearly not the work of the federal or provincial governments. Although Najam Sethi tweeted about Shahbaz Sharif playing a critical role, his responsibility may be limited to facilitating the entire release drama. Notwithstanding Punjab Law Rana Sanaullah’s claim that the provincial government was not in the know on the decision, it is hard to rule out PML-N involvement in trying to convince the families of those killed by Raymond Davis to forgive him under provisions of Shariah law.

The Qisas and Diyat law, which was passed in 1997 by the then Nawaz Sharif government, has been used on hundreds of occasions to buy forgiveness for killers. This law privatises a crime like homicide and devolves the responsibility for punishing a killer to the next of kin of the victim. The reason it was not used earlier in the Davis case was possibly because the time was not ripe.

Rana Sanaullah’s lame statement reflects his anticipation of a reaction from hardcore right-wingers inside the PML-N. With cooperation from the right quarters, however, Shahbaz Sharif’s government will be able to deal with any public protest.

In any case, the general perception was that the religious right organisations did not manage to bring people out on the streets on the Davis issue. Therefore, they were keen to link it with the blasphemy laws issue. There may be some street protests and comments from Imran Khan trying to pin it all on the federal government. But the Zardari-Gilani duo could not have managed it as their first effort resulted in friction within the party.

There should be little doubt that the release was possible  due to successful negotiations between the CIA and the ISI. This was all along a spat between the two intelligence agencies which Pakistan’s media did not point out until very late. Another twitterati, Columnist Cyril Almeida, raised the question of a possible link between Gen Pasha’s extension, the Pakistan Army’s agreement to launch a military operation in North Waziristan and Davis’ release, pointing at some secret agreement. Without GHQ’s involvement the judiciary might not have appreciated the significance of the matter for national security and not stopped the Lahore High Court from giving a judgment on the immunity issue immediately.

The million-dollar question now is: what was agreed upon? It seems that the US and Rawalpindi have renegotiated terms of engagement so GHQ will play a greater role in dealing with Washington than the Presidency in Islamabad. General Petraeus’s recent testimony to the US Congress mentions the Pakistan Army’s apprehensions regarding not being taken into confidence on Afghanistan. It is a considered opinion in Washington that Pakistan was not totally on board with the objectives of the war on terror. Did Raymond Davis, a CIA contractor, fall victim to this misunderstanding and has he been released after the problem was sorted out? Another pertinent question pertains to the future of American policy on Pakistan-based militant groups such as Lashkar-e-Taiba, Jaish-e-Mohammad and others. Does a possible agreement involve America backing off from its focus on these organisations, which are considered friendly by the military?

Raymond Davis’ release will for some time increase anxiety amongst the Pakistani people, including the urban-educated-twitterati. GHQ will ensure that this does not really boil over. Or perhaps this will give a lead to an internal move to bring domestic change. What’s certain is that the way the issue has unfolded is fairytale material.