Diplomat or not, Davis departs

Diplomat or not, Davis departs 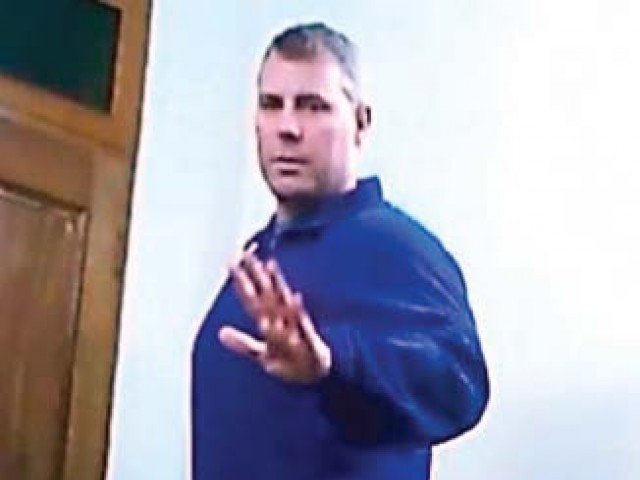 Ending one of Pakistan’s most testing diplomatic crises, 36-year-old American national Raymond Allen Davis – accused of being a CIA contractor and charged with killing two Pakistanis in a busy Lahore street in January, – was released by a Lahore sessions court on Wednesday after spending 48 days in detention.

Davis was released after paying Rs200 million as ‘blood money’ to the legal heirs of the deceased and Rs20,000 as fine for carrying an illegal weapon.

The court also awarded Davis 41 days imprisonment, equal to the number of days he had already spent in jail, while granting Davis benefit under section 382-B of the Criminal Procedure Code (CrPC) that relates to reduction in period of sentence of imprisonment.

However, despite the seeming resolution of the crisis, the thorny question of Davis’ status in Pakistan, and whether or not he was a diplomat entitled to immunity, remained unaddressed.

While the compensation amount was paid, US Secretary of State Hillary Clinton has denied that the American government had paid anything. US admission of having paid compensation would have confirmed that Davis was, after all, not entitled to immunity and was  not a diplomat – which would have gone against Washington’s uncompromising stance on the issue that had been reiterated by even President Barack Obama himself.

How it went down

Additional District and Sessions Judge Muhammad Yousaf Aoujla issued the order while holding the trial of the accused at Kot Lakhpat jail.

US Consul General in Lahore, Carmela Conroy, was also present on the occasion.

There were a number of new twists and turns which resulted in the surprise release of Davis.  A new counsel, Raja Irshad, appeared on behalf of the complainants – the legal heirs of the deceased Faizan Haider and Faheem Shamshad – and requested the court to summon his clients, deputy prosecutor general Muhammad Akram told The Express Tribune.

Irshad filed an application under section 345 CrPC, saying the heirs have arrived at a compromise with the accused, and have no objection over his release, Akram said.

He added that a total of 18 legal heirs of the two deceased appeared before the court, proved their identity, submitted their affidavits and also showed receipts verifying the monetary compensation they had received.

Court sources added that Rs190,000 were deposited in the court treasury for the mother and sister of deceased Shumaila, wife of Shamshad, who committed suicide soon after her husband’s killing.

Zahra Faizan, Haider’s widow, also appeared before the court and said she had taken Rs30 million as compensation and had no objection over the release of the accused, sources said.

The judge repeatedly asked the legal heirs if they were coerced into arriving at this compromise but they maintained it was made under their free will, the sources added.

Raja Irshad, the complainants’ new counsel on Wednesday, and a lawyer attached to the Supreme Court in Islamabad, said he was engaged by the victims’ families just two days ago to negotiate the agreement for them and represent them in court, according to The New York Times.

Irshad arrived from Islamabad just in time, as the court judge was beginning proceedings to indict Davis, and presented the judge with a signed agreement under which both families accepted the payment of “blood money” and pardoned the accused, The New York Times added.

“The families wanted this and they gave their statements voluntarily,” Irshad said while speaking to The New York Times.

In an interview later, Irshad said he had no dealings with American officials and that the Pakistani government had paid the compensation to the families in Lahore.

After the judge concluded the proceedings, the US consulate representatives and members of the victims’ families, along with their new counsel left Kot Lakhpat jail in a convoy of seven vehicles.

Soon after, Raymond Davis was flown out to the Bagram Air Base in Afghanistan, where he was to undergo a medical examination and be interviewed by American officials, The New York Times added.

The stand of the complainants’ former counsel Advocate Asad Manzoor Butt, however, posed new questions. Butt said that the “blood money” deal was done without his knowledge and that he was in detention when it was made.

“I was not allowed to participate in the proceedings of the case … and could not see or approach my clients,” the BBC quoted Butt as saying.

“I and my associate were kept under forced detention for four hours. If my clients have indeed signed a blood money deal, then this has been done behind my back and I don’t know anything about it,” he added.

Butt said he had been trying to contact the families since March 14 but their phones were off.

Who paid for the release?

The New York Times adds that in remarks to reporters in Cairo, Secretary of State Hillary Clinton thanked Pakistani officials and the families of the two men for agreeing to release Davis. “We appreciate the actions they took that enabled Mr Davis to leave Pakistan and head back home,” she said.

Davis to be investigated in US

After his release from Pakistan, the US Department of Justice has opened an investigation against Raymond Davis in the Lahore incident, US ambassador to Pakistan Cameron Munter said in a press release.

The ambassador added that the families of the victims of the January 27 incident in Lahore have pardoned Raymond Davis.

The statement did not mention any details about any reported ‘blood money’ paid to the heirs of the two victims killed by Davis nor was there any mention of issuance of US visas to some members of the victims’ families. Alberto Rodriguez, spokesperson to the US embassy in Islamabad refused further comment when contacted.

Munter in his statement expressed gratitude to the family members of the victims for their ‘generosity,’ adding he “wish[ed] to express, once again, [his] regret over the incident and [his] sorrow at the suffering it caused”.

“I wish to express my respect for Pakistan and its people, and my thanks for their commitment to building our relationship, to everyone’s benefit,” he added.

With additional reporting by Irfan Ghauri in Islamabad.