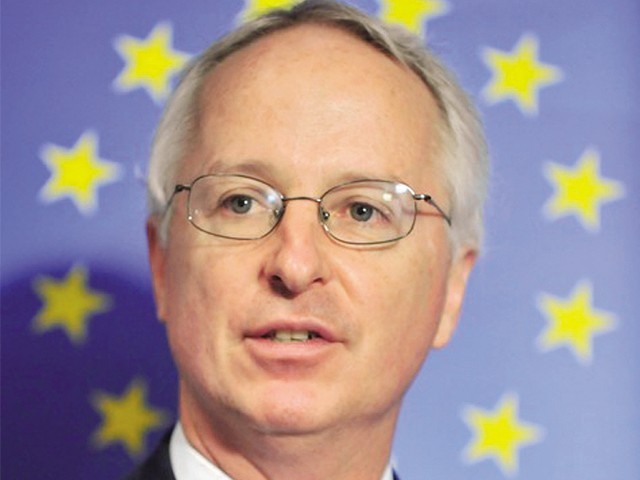 US Ambassador Cameron Munter thanks the families of the victims for pardoning Raymond Davis.

FAISALABAD: US Ambassador to Pakistan Cameron Munter has thanked the families of the victims for pardoning Raymond Davis.

In a written statement posted on the website of the US embassy in Islamabad he said that he was grateful for the generosity of the families.

He also expressed sorrow and regret for the incident and the suffering it had caused and confirmed that the Department of Justice has opened an investigation into the incident.

The US ambassador expressed respect for Pakistan and its People and thanked them for their commitment to building a relationship between the two countries.

Munter also reaffirmed commitment of the American people to work with Pakistan in a way that would benefit both countries.

Protests have started in Lahore, Faisalabad and Toba Tek Singh against the acquittal of Raymond Davis on Wednesday.

Scores of people in Faisalabad burned tires and chanted slogans against Davis claiming that the US had  lots of pressure on the government for the release of Davis.

Similar protests were taken out at Ghanta Chowk and in Toba Tek Singh where religious parties demonstrated against the acquittal on the Jhang-Shorkot Road. Protests were also witnessed around the Lahore Press Club.

Earlier today, Davis, the accused in the double-murder case in Lahore has been released, Punjab Law Minister Rana Sanaullah confirmed. The Punjab government claims it played no part in the release of Davis.