TANK: Four top terrorists of the outlawed Tehreek-e-Taliban Pakistan – including the son of Asmatullah Shaheen, the chief of his eponymous faction of the TTP – were killed in an intelligence-based operation (IBO) in Frontier Region Tank on Monday.

FR Tank borders the Tank district of Khyber-Pakhtunkhwa and serves as a buffer between South Waziristan Agency and Tank district.

These terrorists belonged to the Asmatullah Shaheen group of the TTP, according to the Inter Services Public Relations (ISPR). “A huge haul of weapons and ammunition was recovered during the IBO.

The Asmatullah Shaheen group has been involved in targeted killings, extortion and cases of kidnapping for ransom in DI Khan and Tank districts and adjoining areas of K-P. 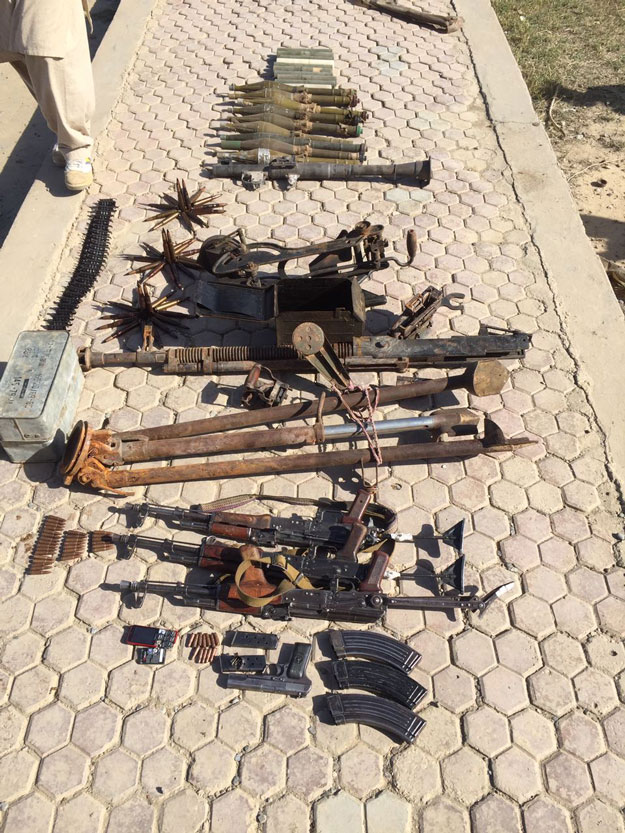 The news was also confirmed to The Express Tribune via telephone by security officials.

Asmatullah Shaheen, himself an important member of the TTP Shura, had been killed by a rival faction of the group due to internal rift in 2014.

Security forces have stepped up operations against terrorists and their facilitators across the country following a string of deadly bomb and suicide attacks that left dozens killed and many more injured.

Afghanistan assures action against “terrorist sanctuaries” on its soil