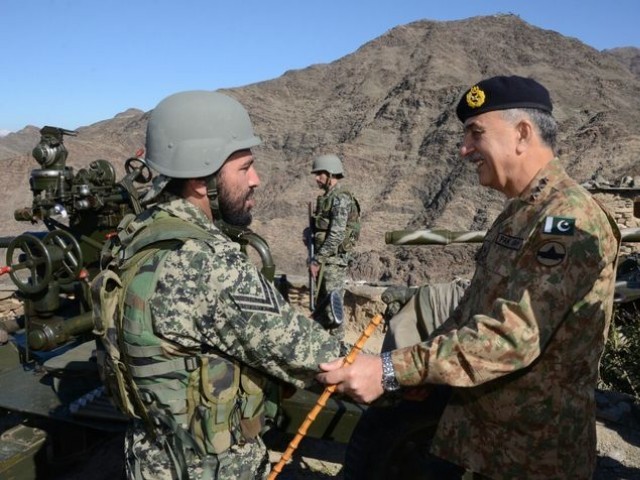 PESHAWAR: Peshawar Corps Commander Lt General Nazir Ahmed Butt visited on Monday Loi Shalman area of Khyber Agency, where he was given a detailed briefing on the prevailing security situation in the tribal region.

According to the Inter-Services Public Relations, Gen Butt interacted with troops deployed on forward posts, and expressed satisfaction on the operational performance and morale of soldiers.

The visit came hours after army chief General Qamar Bajwa chaired a high-level meeting at the General Headquarters. The huddle decided in favour of collaborating with the Afghan government to combat terrorism.

Kabul has reacted angrily to cross-border shelling by Pakistani forces that decimated camps and training compounds of the Tehreek-e-Taliban Pakistan and its splinter group Jamaatul Ahrar in Afghanistan.

The shelling was in response to the recent terror wave across the country, which claimed over 100 lives last week.