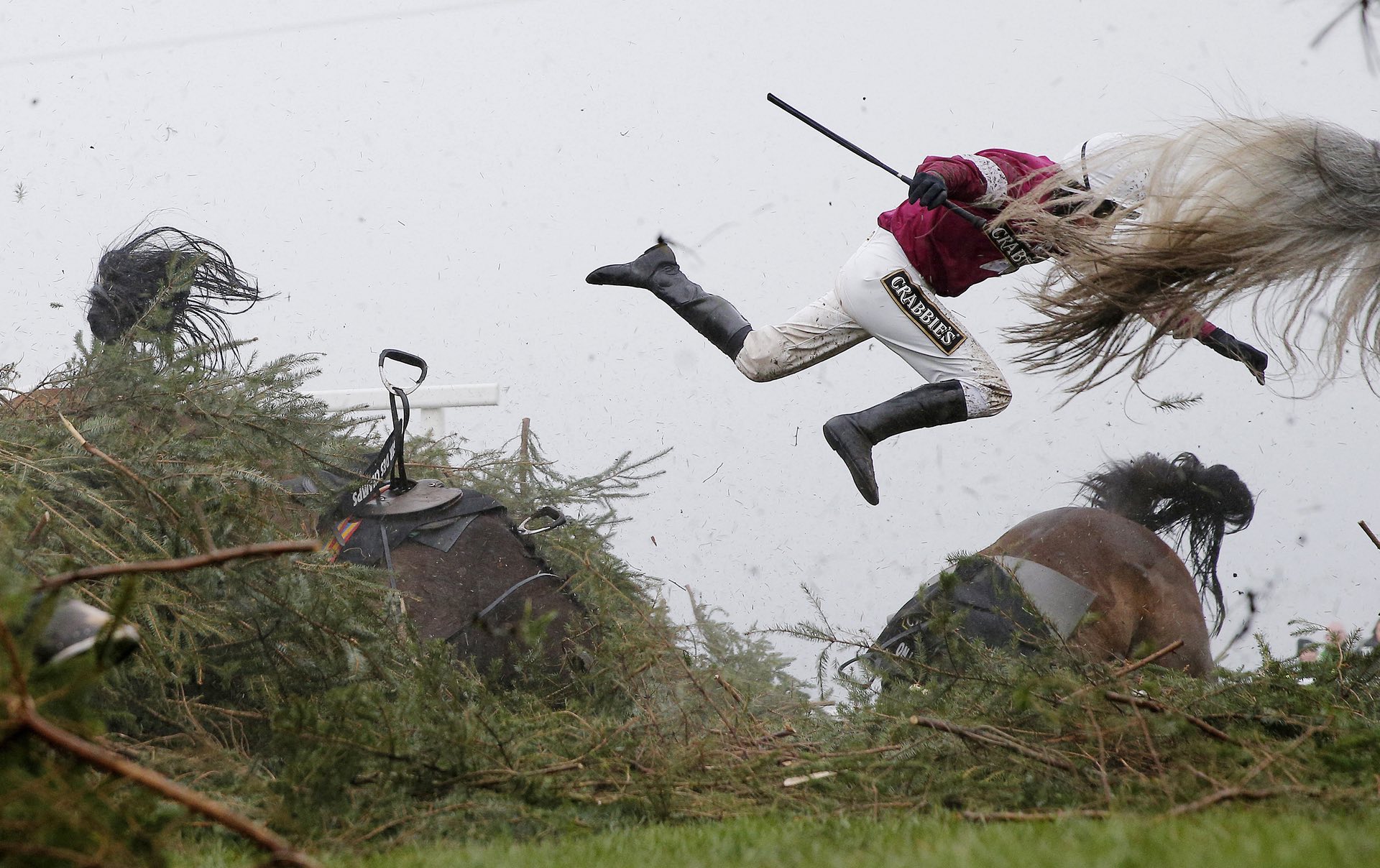 The World Press Photo of the year was awarded to Burhan Uzbilici for his brave and daring capture of the man who shot Andrei Karlov, the Russian ambassador to Turkey, at an art gallery in Ankara.

Here are some of the highlights from the collection of winning entries. 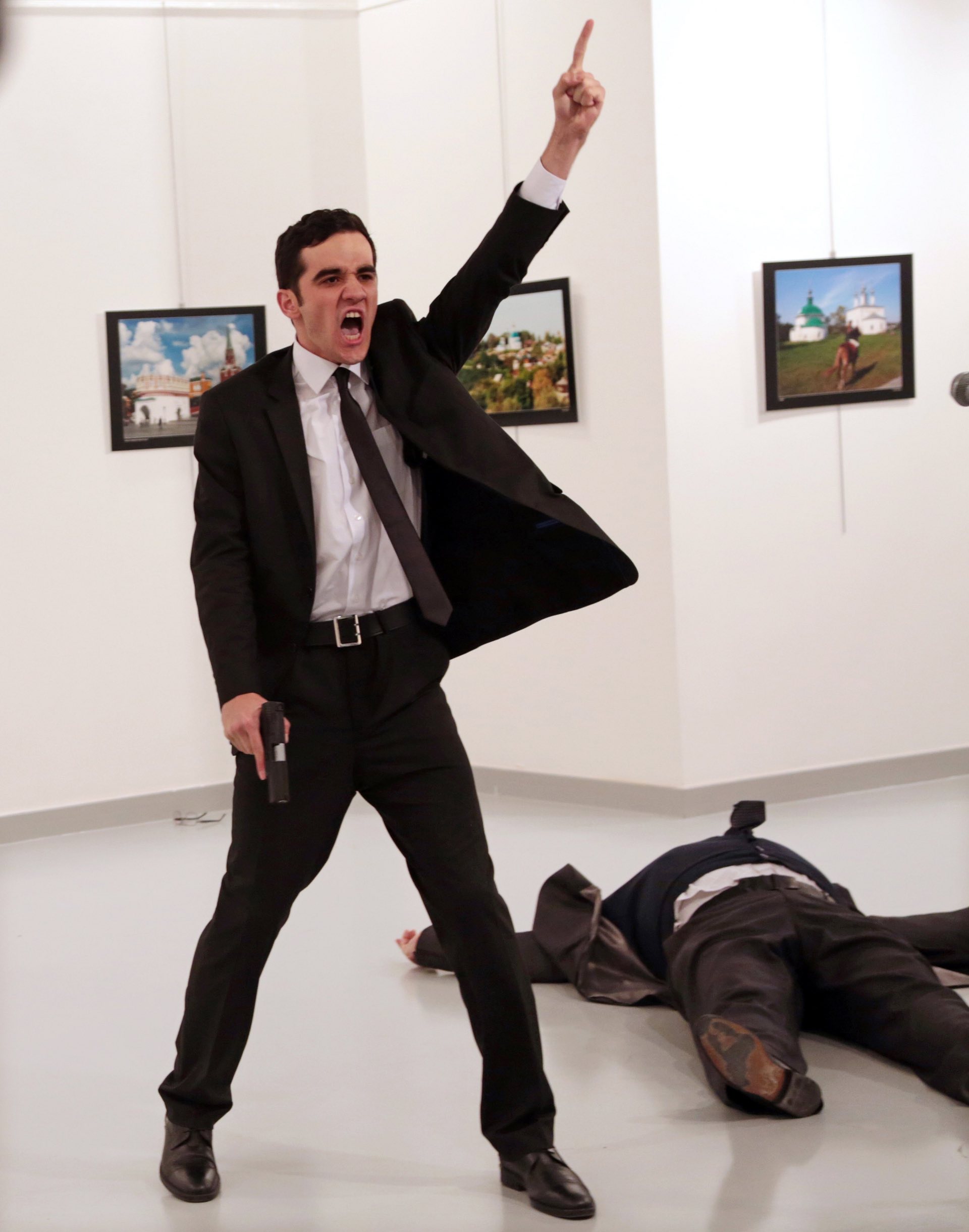 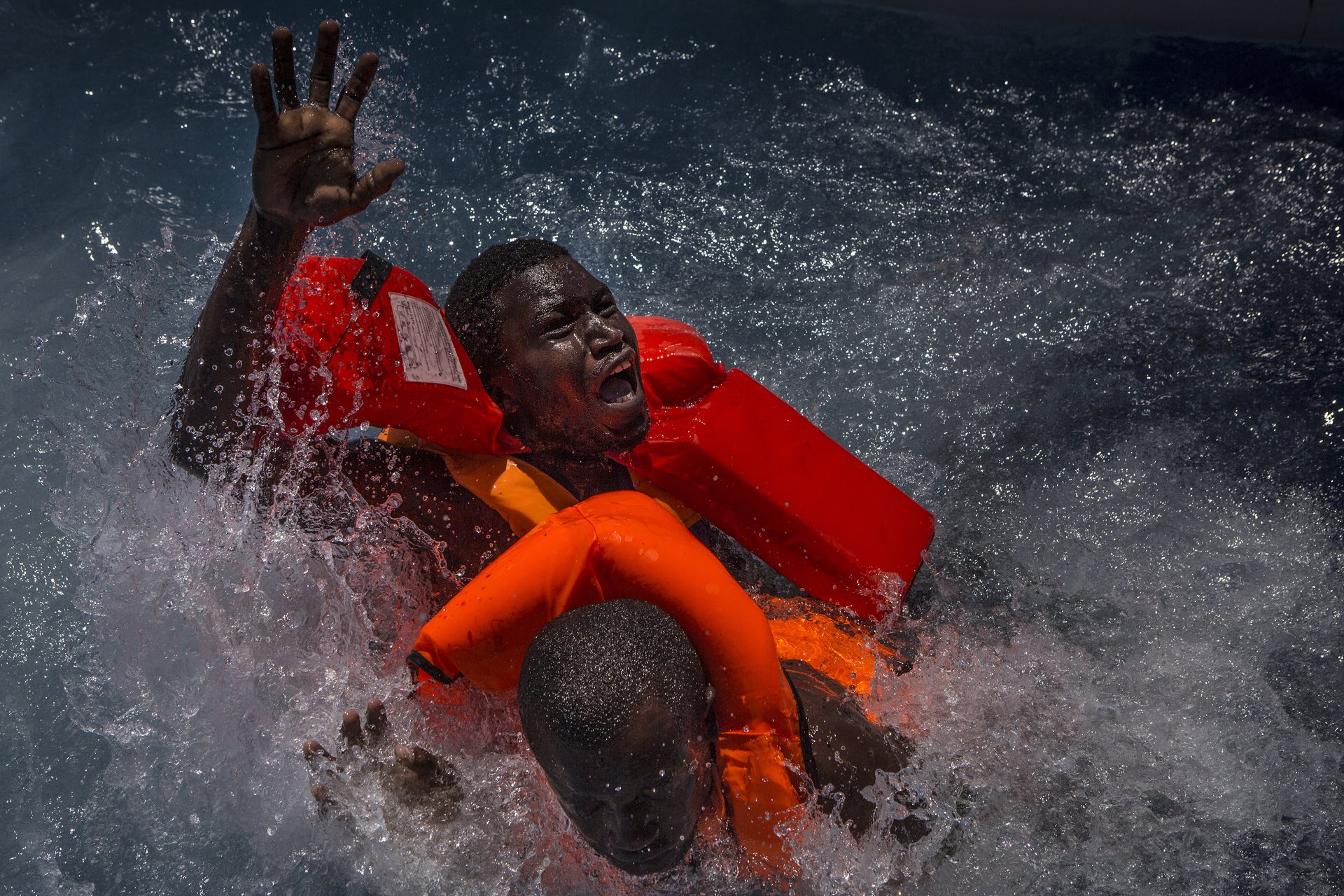 Two men struggle in the water during a rescue in the Mediterranean. PHOTO: MATHIEU WILLCOCKS/AP 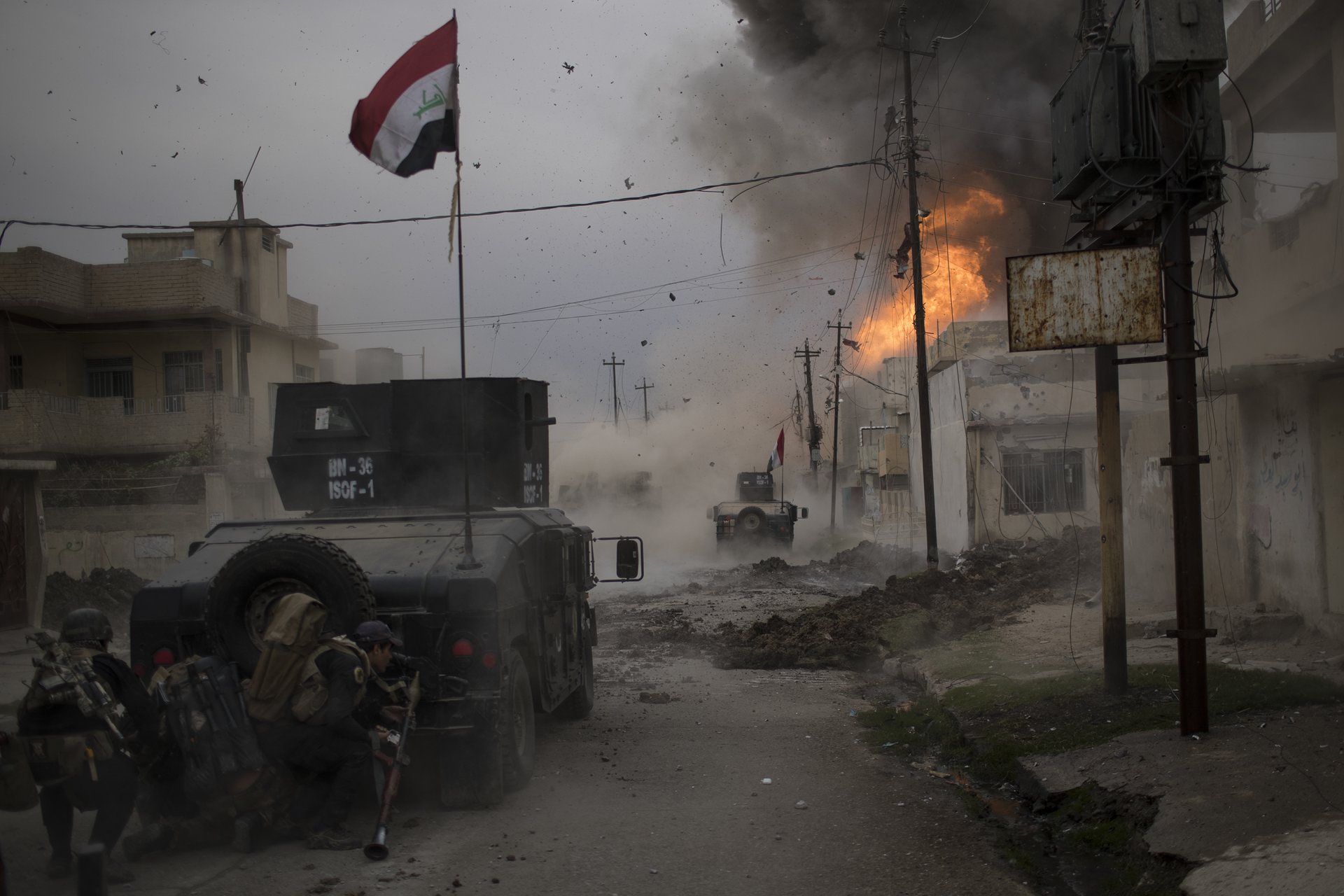 A car bomb explodes next to Iraqi special forces vehicles as they advance towards Islamic State-held territory in Mosul. PHOTO: FELIPE DANA/AP 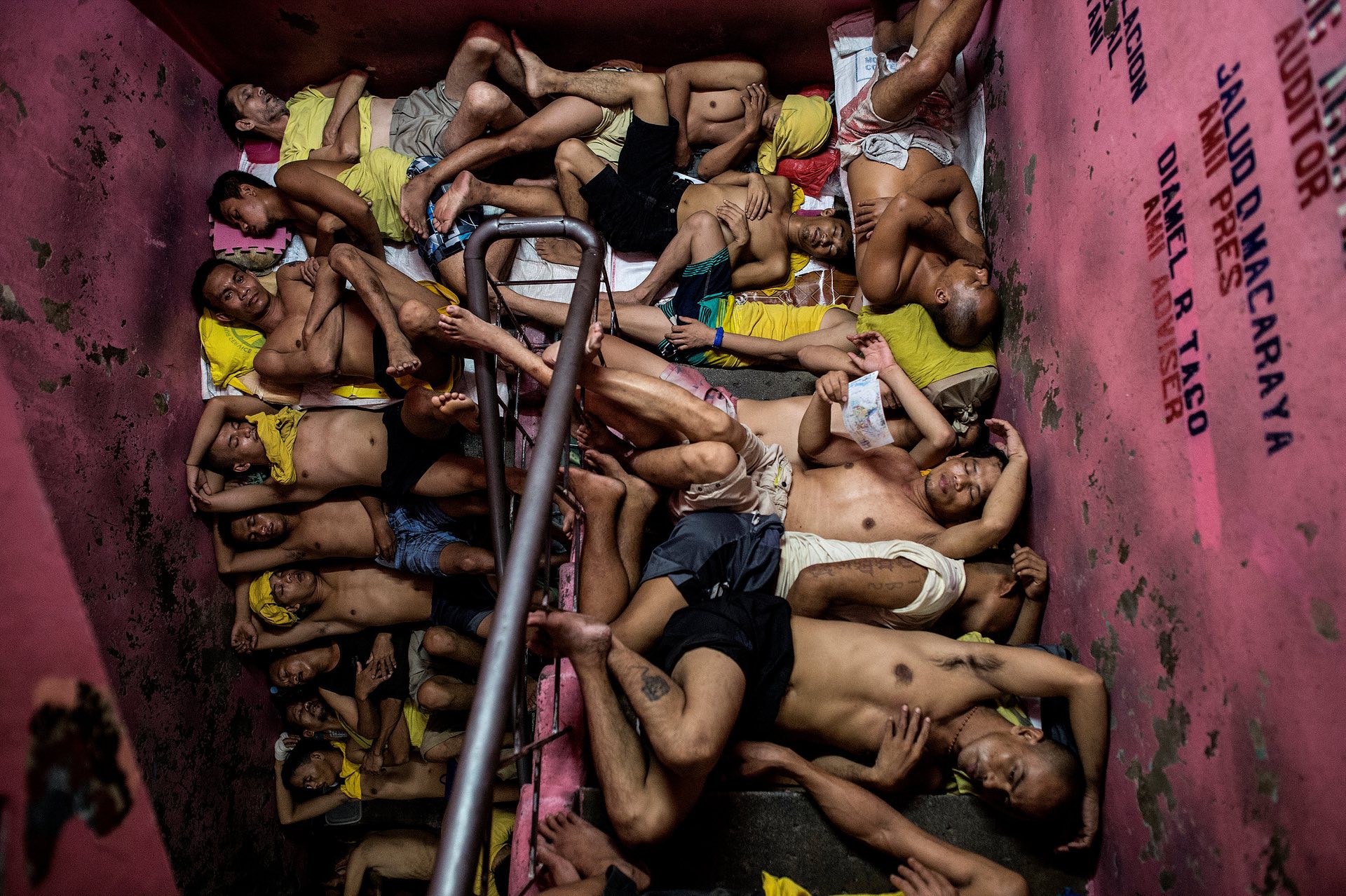 A scene inside Quezon City jail, one of the Philippines’ most overcrowded prisons. PHOTO: NOEL CELIS/AFP 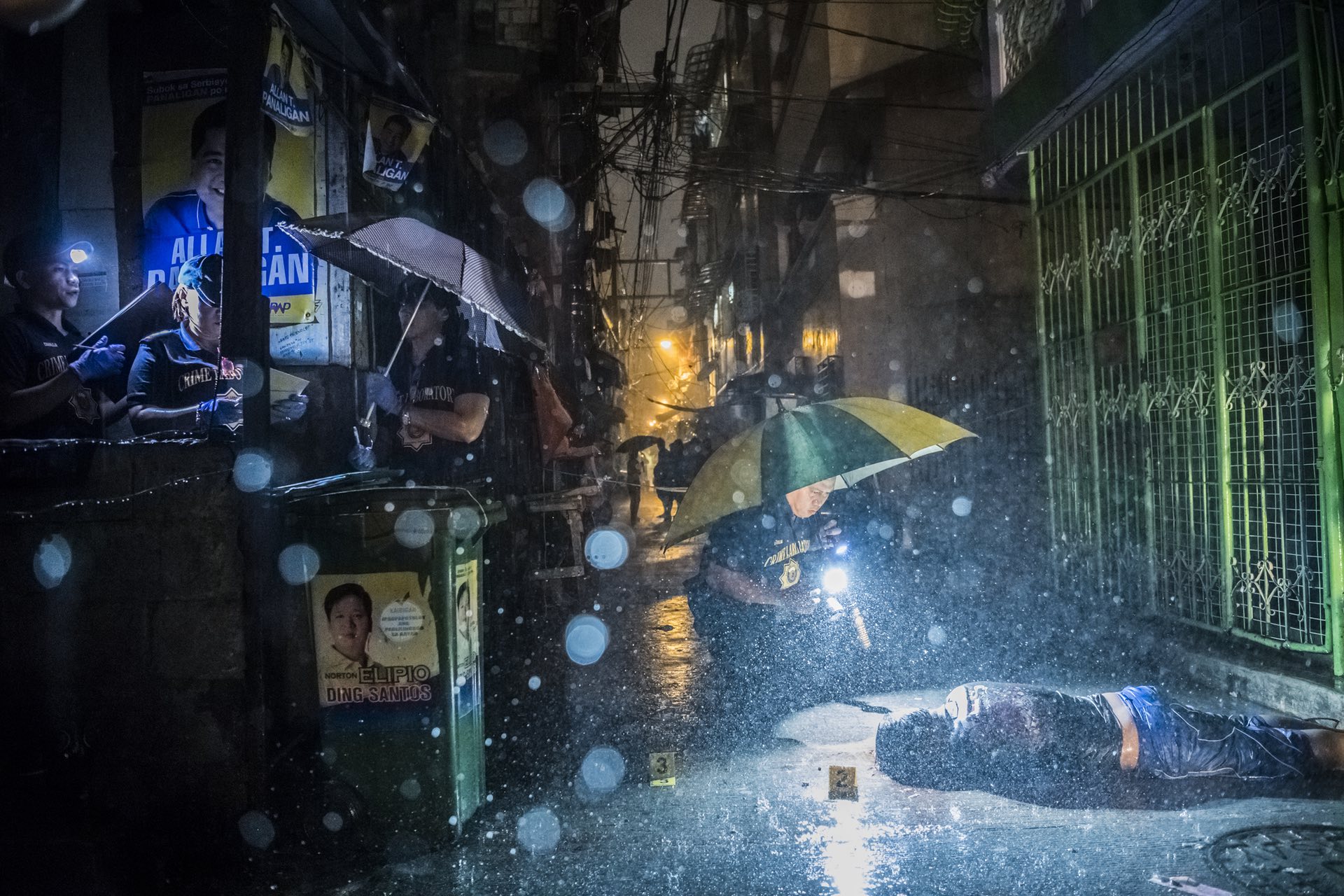 Police inspect an alley where a victim was killed by two unidentified gunmen in Manila, Philippines. PHOTO: DANIEL BEREHULAK/AP 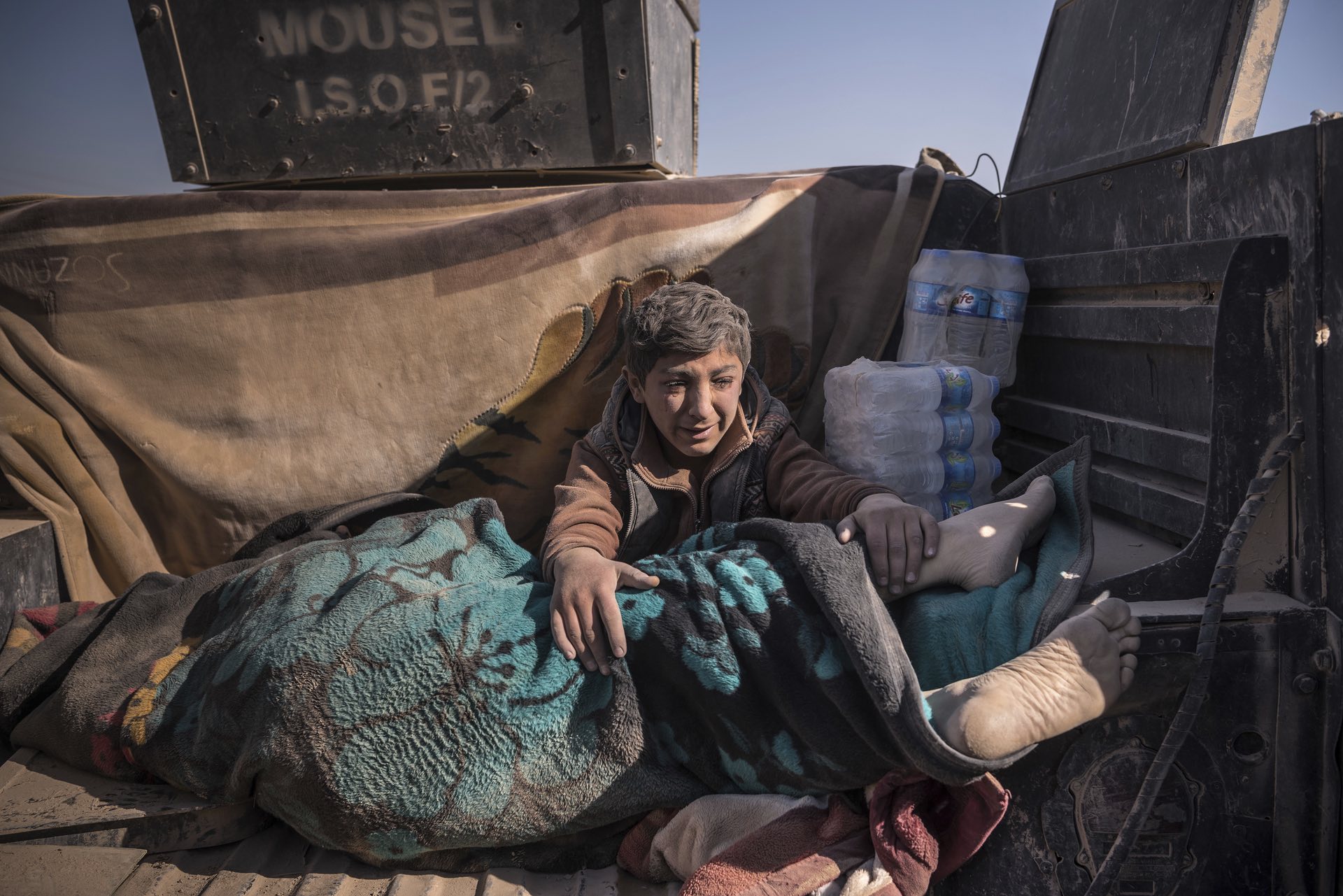 A boy holds the body of his father, killed by Islamic State, as he arrives at a field hospital on the outskirts of Mosul, Iraq. PHOTO: SERGEY PONOMAREV/THE NEW YORK TIMES 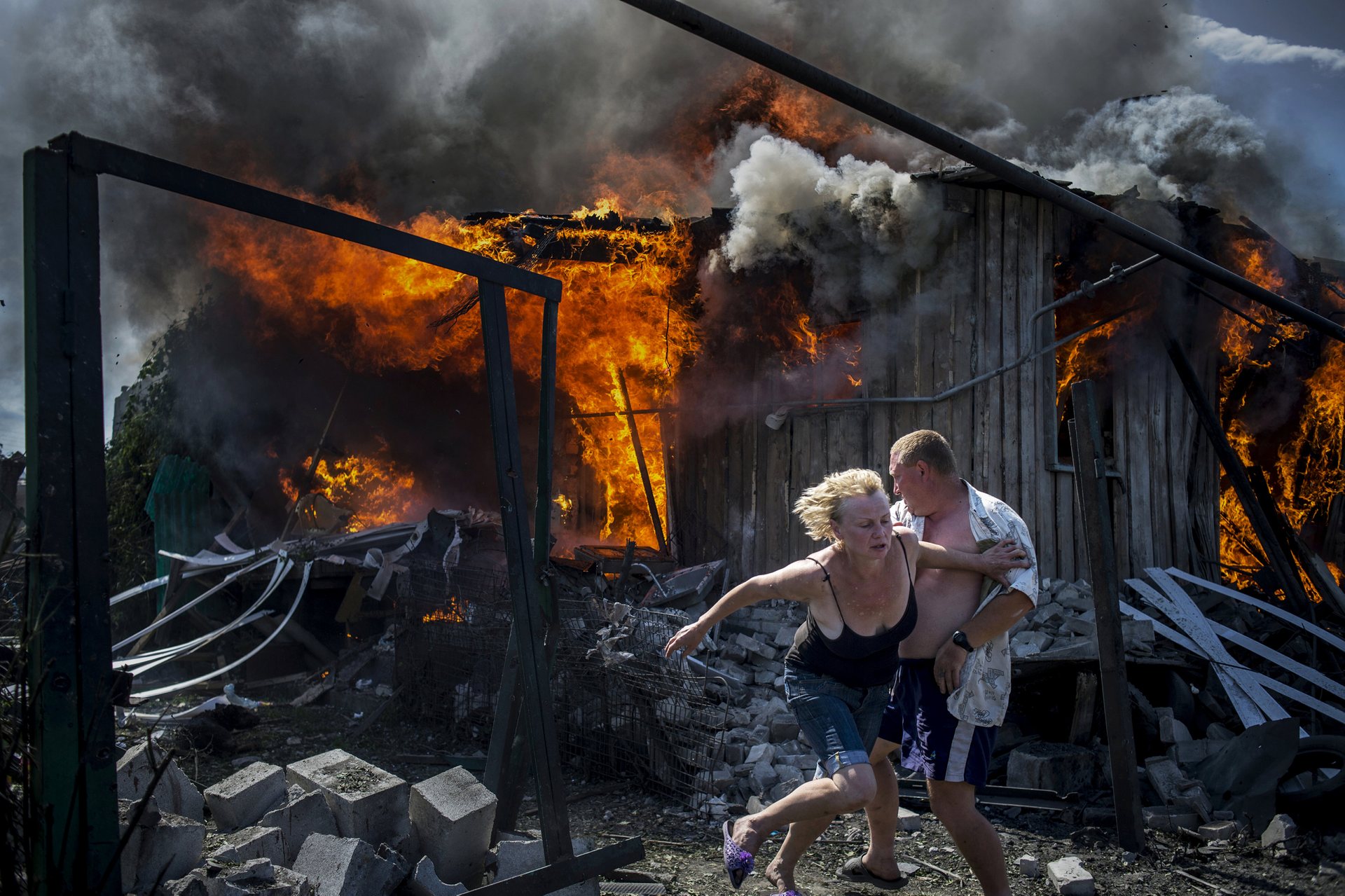 Residents escape from a fire at a house destroyed by an air attack in the village of Luhanskaya, Ukraine. PHOTO: VALERY MELNIKOV 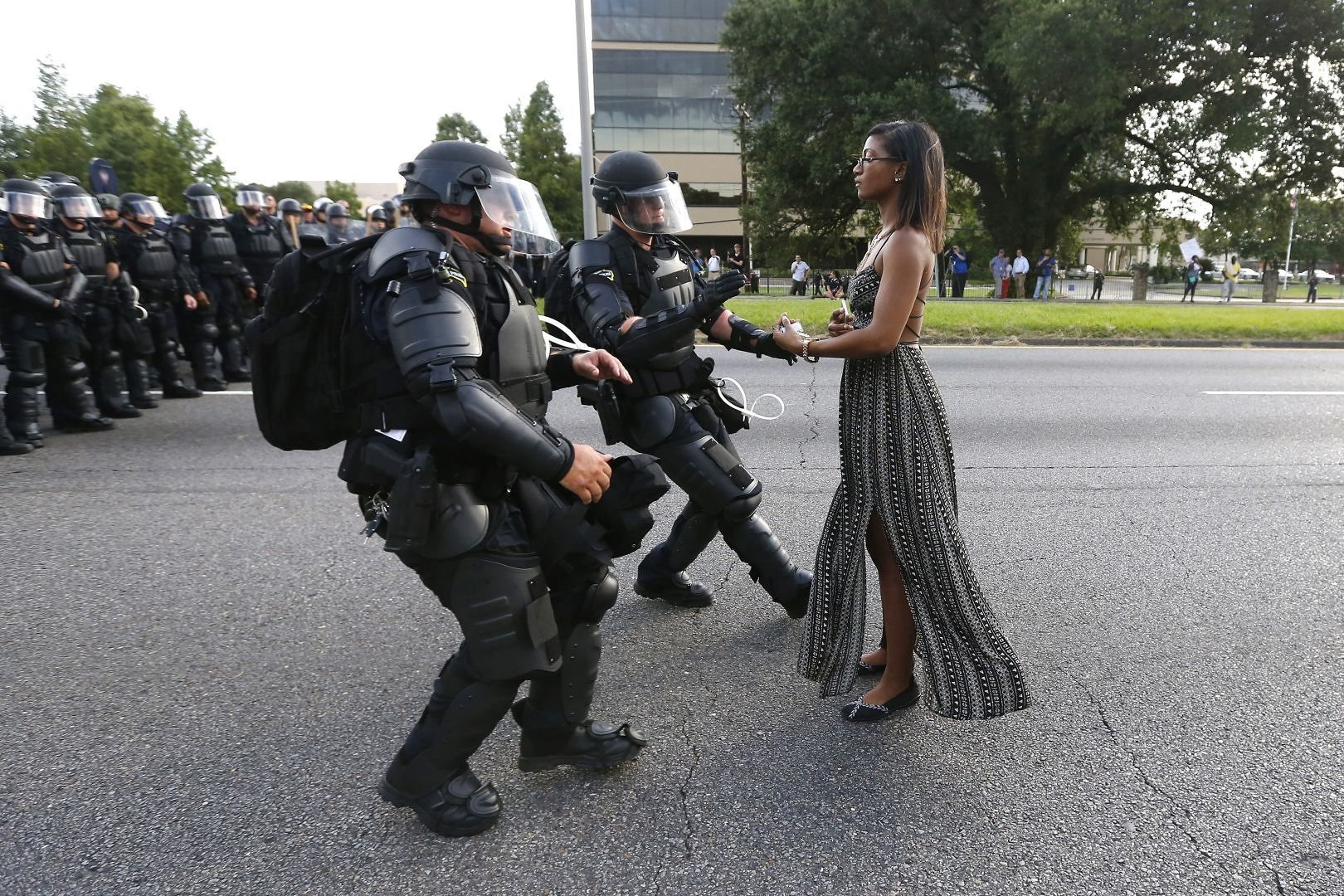 Leshia Evans stands her ground while offering her hands for arrest during a protest against police brutality in Louisiana, US. PHOTO: JONATHAN BACHMAN/REUTERS

Nina Carberry flies off her mount, Sir Des Champs, as they fall at the Chair during the Grand National at Aintree in Liverpool. PHOTO: TOM JENKINS/THE GUARDIAN 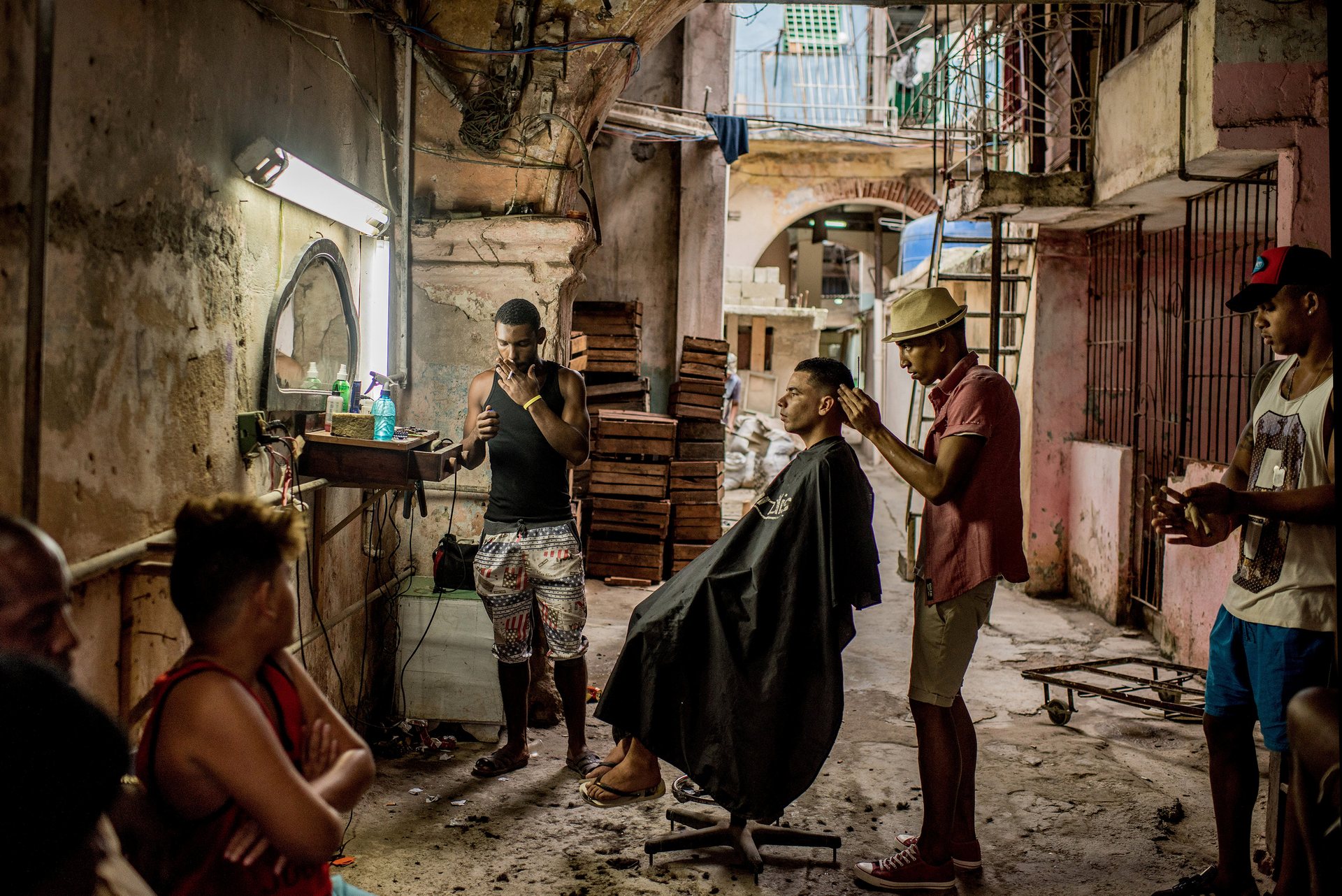 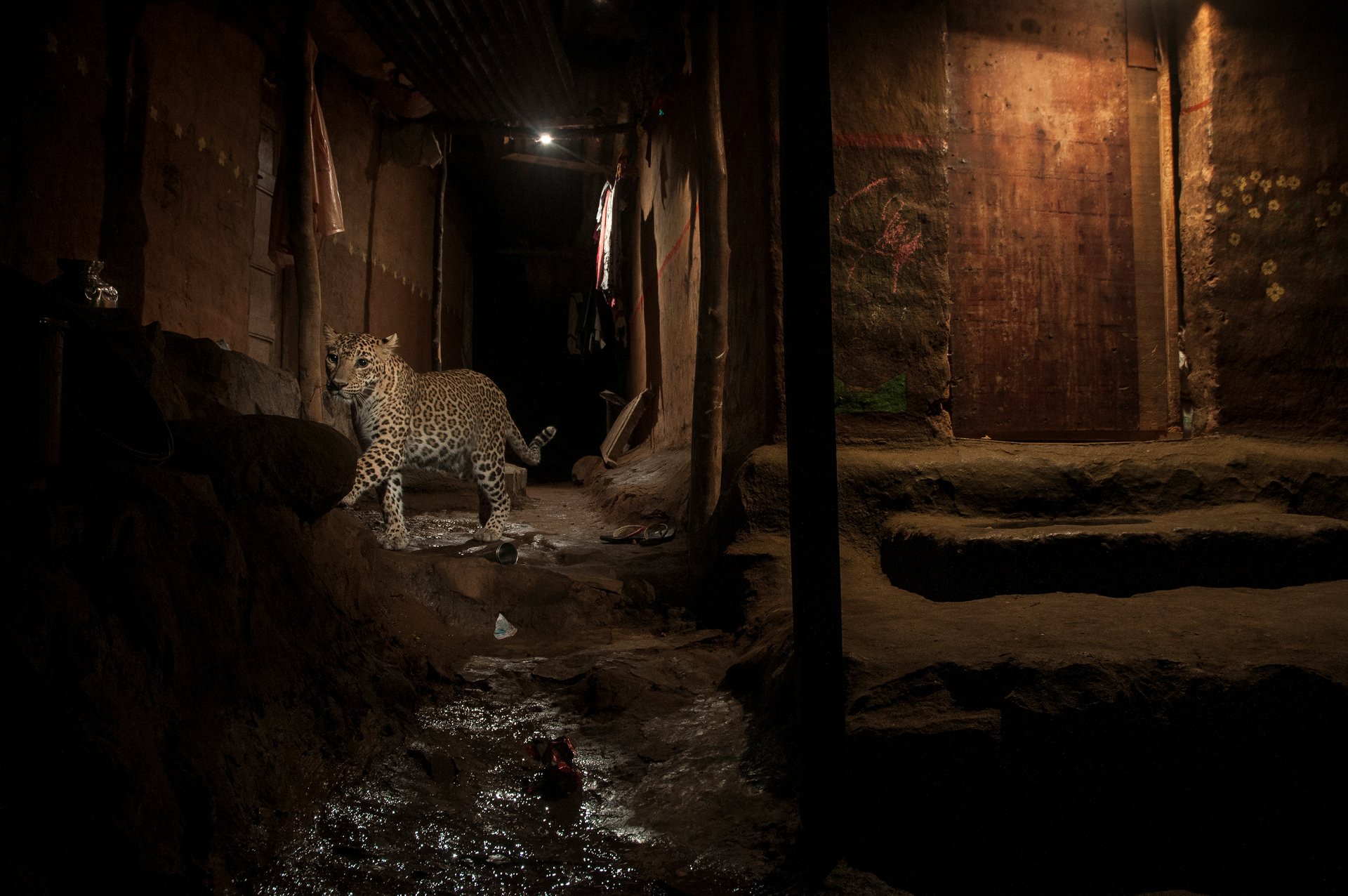 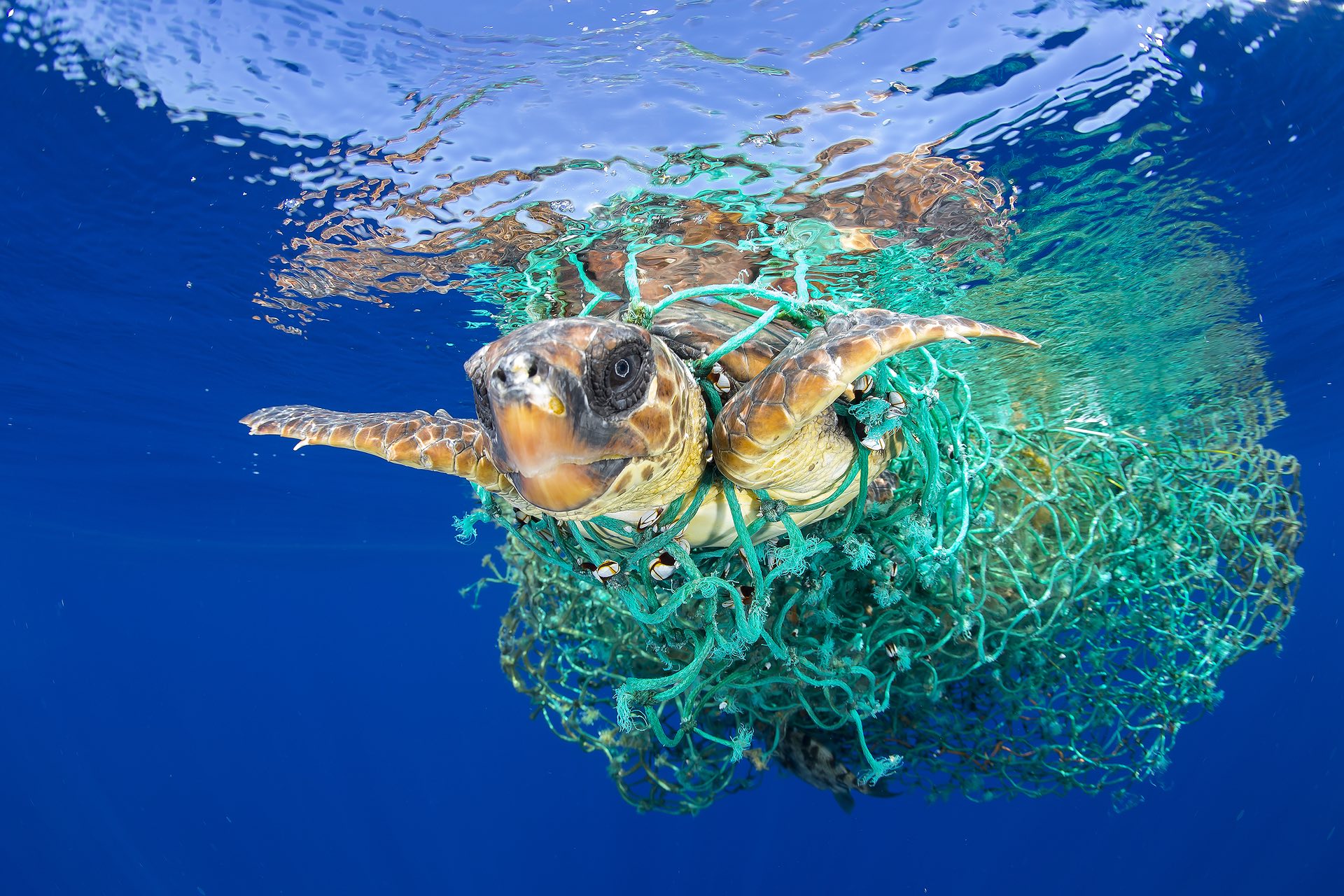 A sea turtle entangled in a fishing net swims off the coast of Tenerife in the Canary Islands. PHOTO: FRANCIS PEREZ/EPA 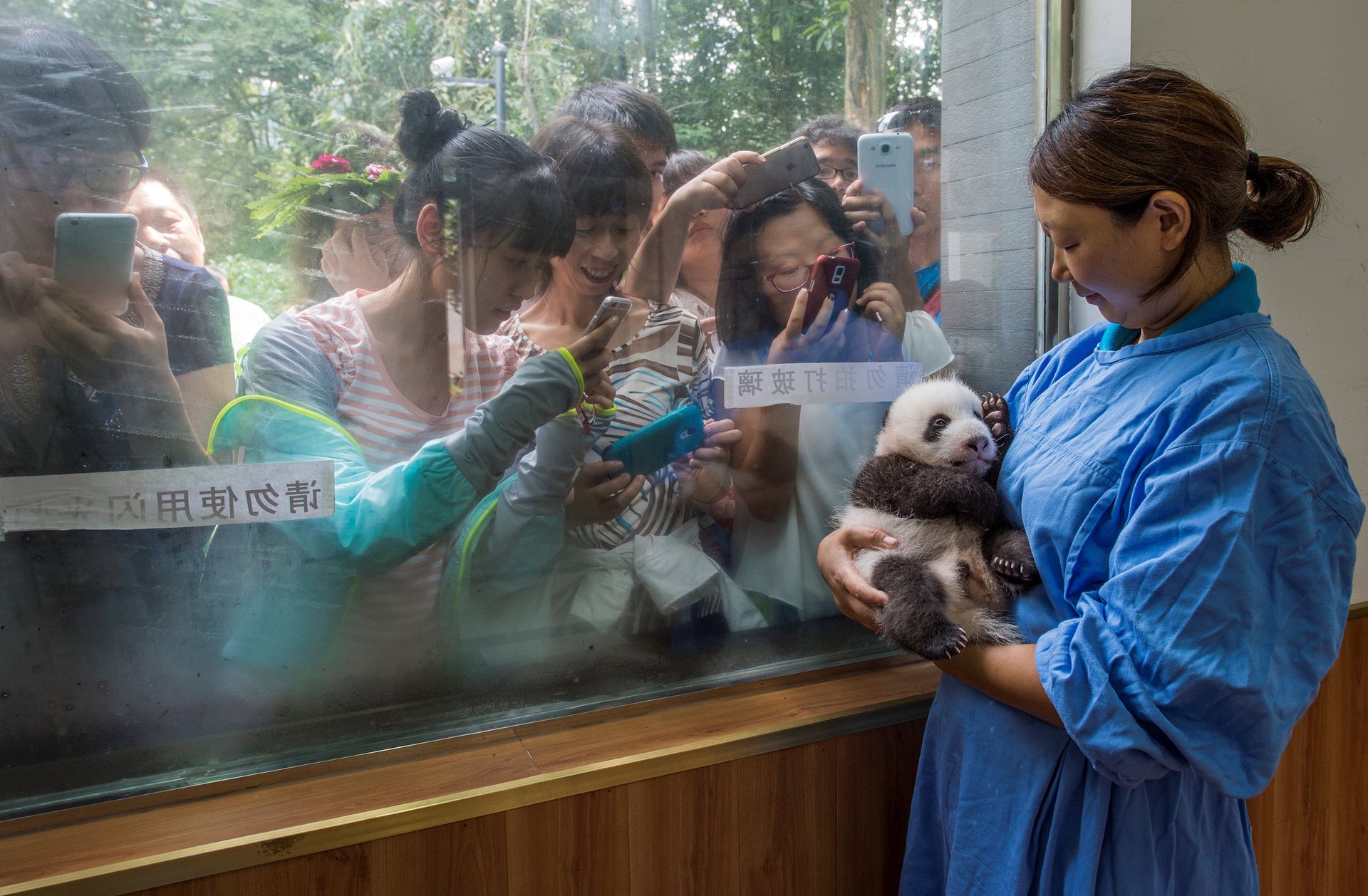 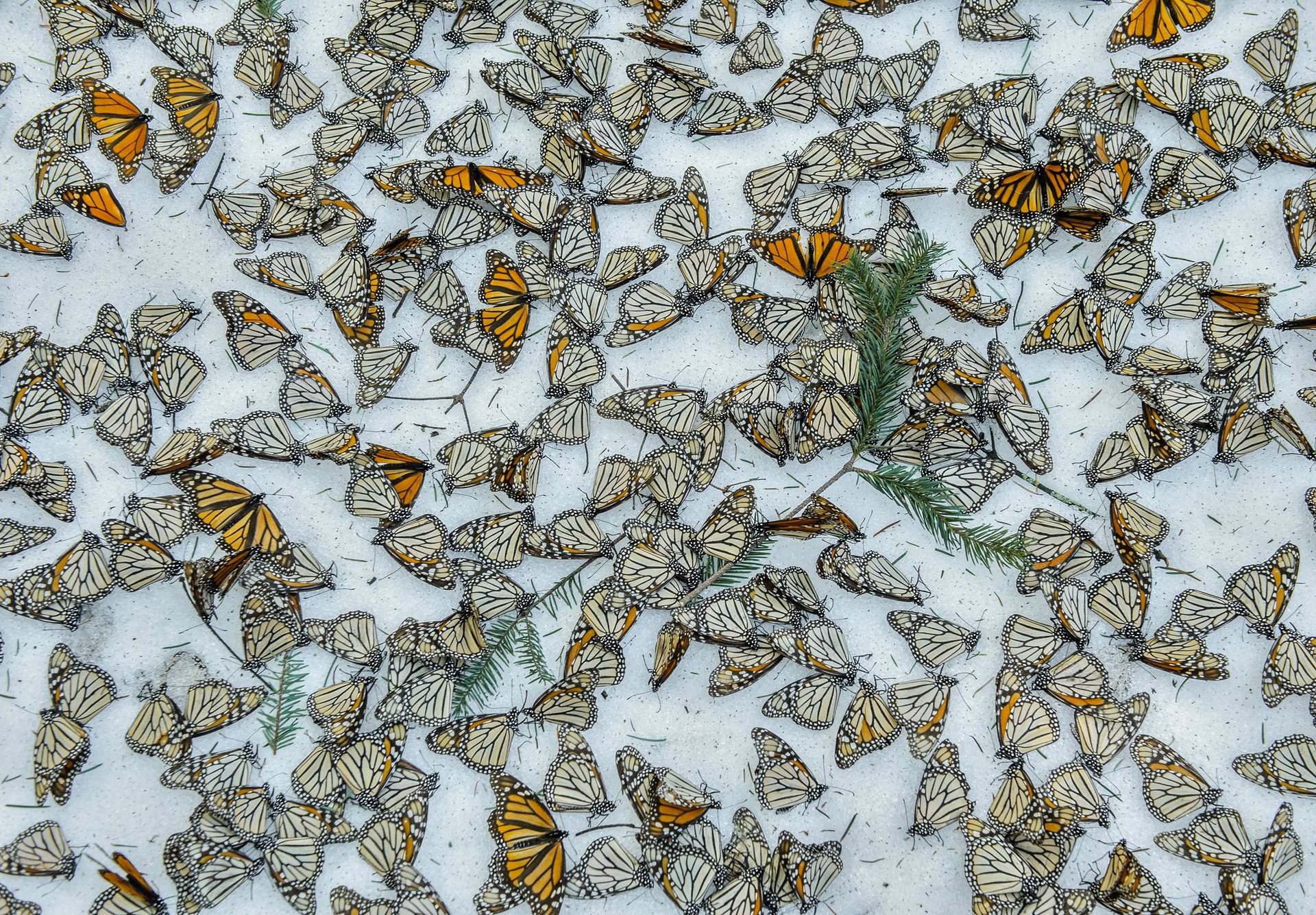 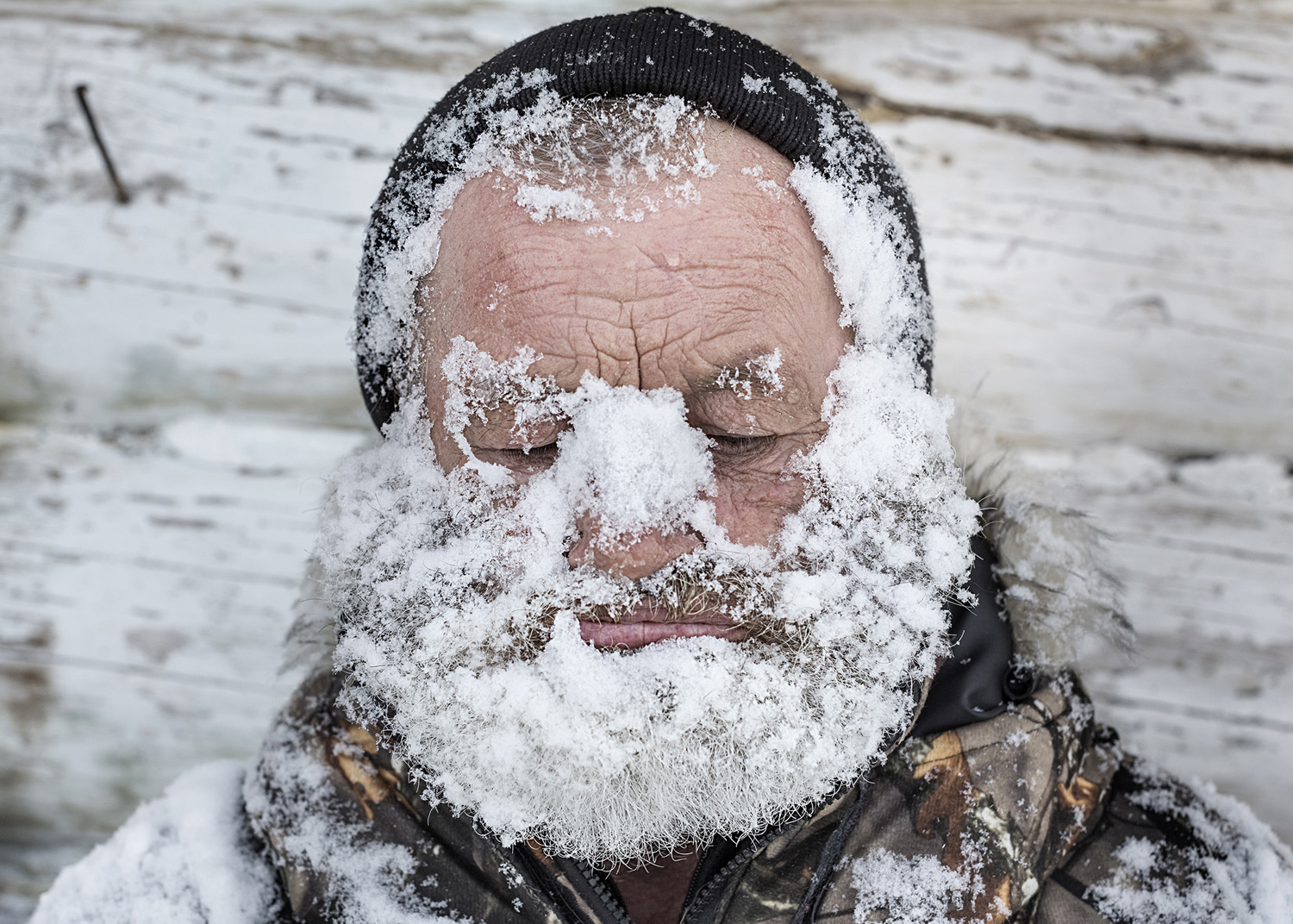 In Russia’s extreme north, century-long ways of life dominate the daily life of some of the most isolated parts of the desolate landscape. Modern civilisation penetrates slowly and fragmentarily. There are no roads, and only one helicopter shuttle twice monthly. The residents’ ancestors can be traced back to hereditary hunters in a small settlement near Nizhnyaya Tunguska River, Russia, more than 300 years ago. PHOTO: ELENA ANOSOVA 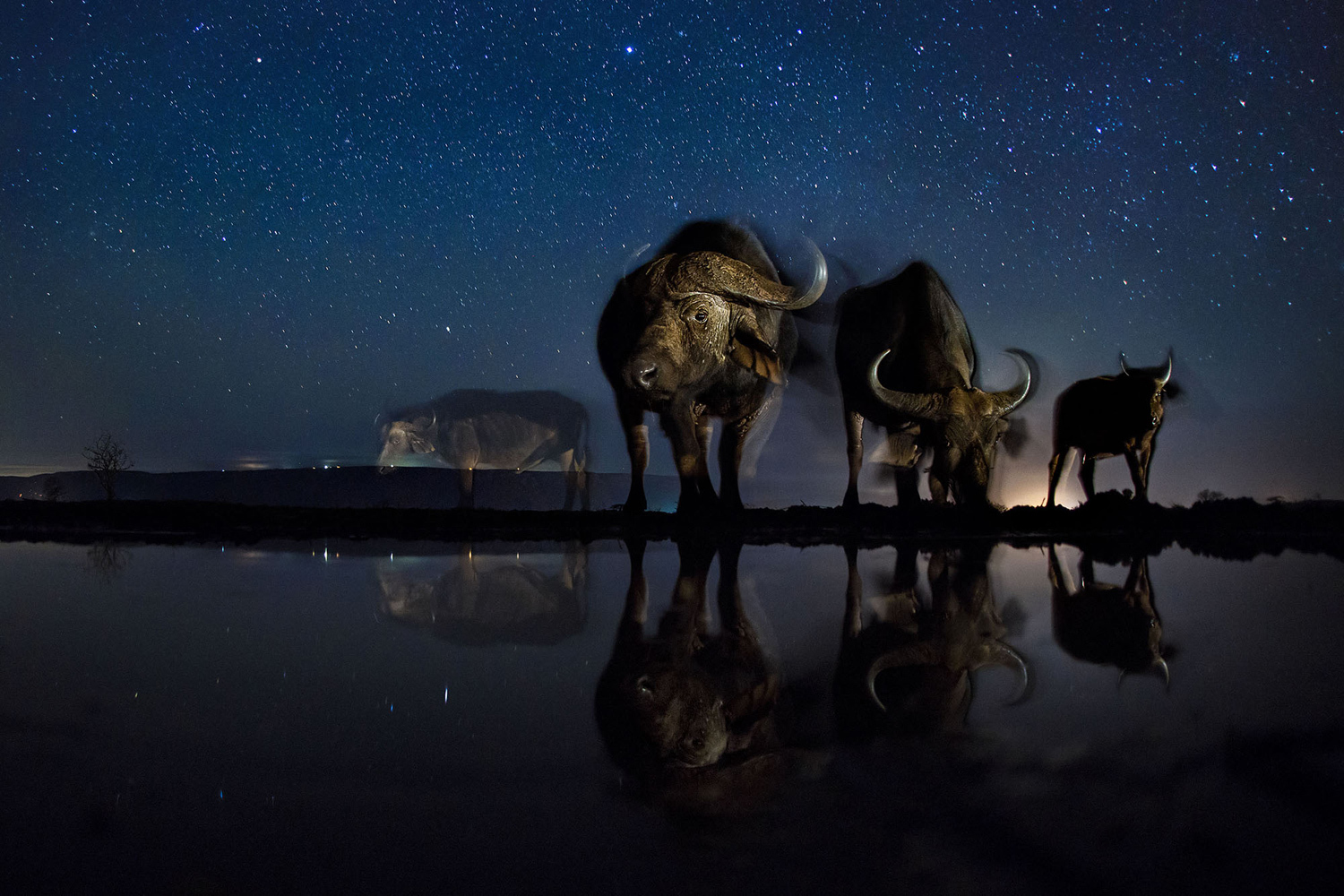 Buffaloes at the drinking station. These photos combine a well-known natural phenomenon: the starry sky and portraits of wild animals not visible to the naked eye. The series needed very accurate planning, research and preparation as the photos were made with remote control, and no modification was possible while capturing the photos. PHOTO: BEMCE MATE